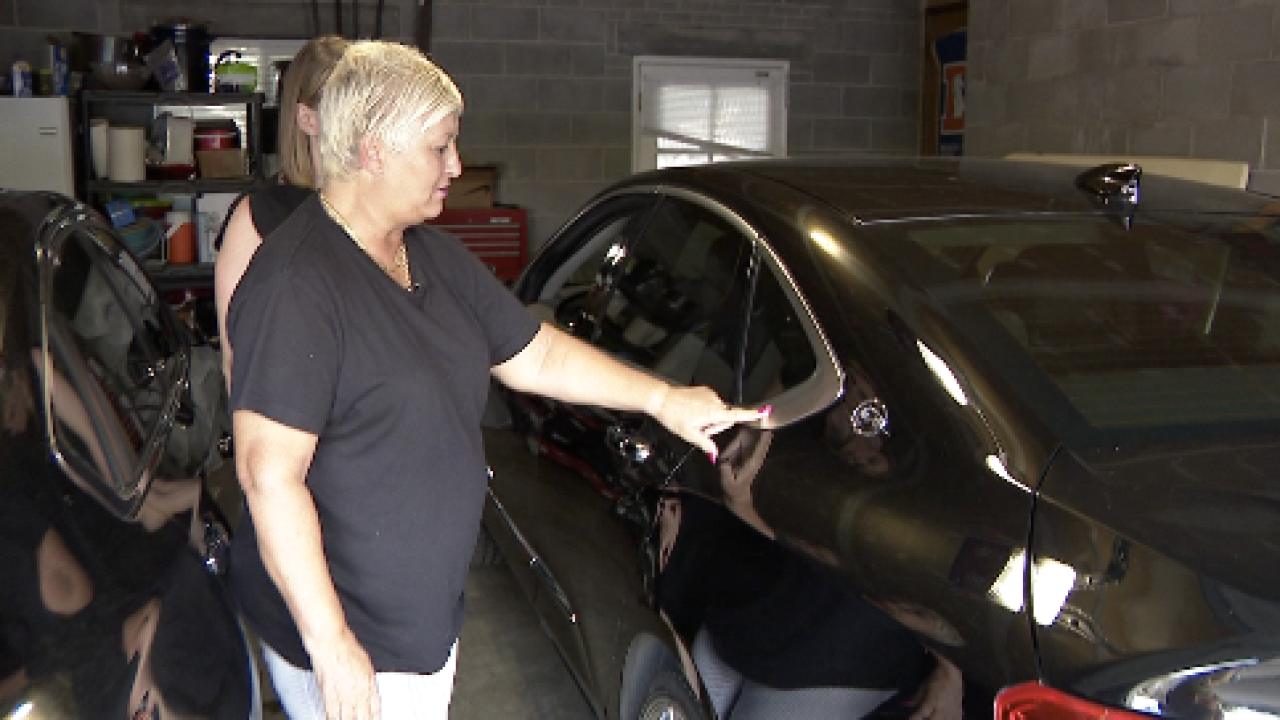 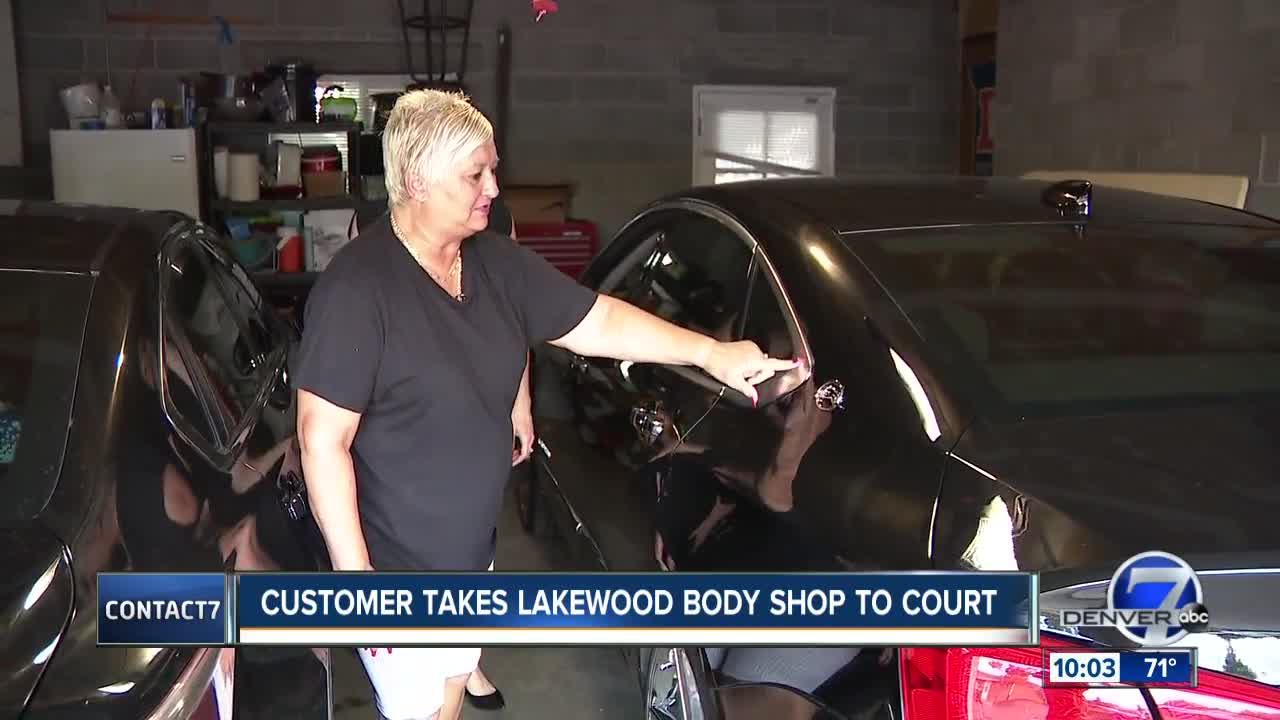 LAKEWOOD, Colo. -- The complaints just keep coming in against a Lakewood body shop, and one customer said she figured out a way to get at least some of her money back.

Since we first started reporting on Lakewood Collision last month,, more and more customers have been coming forward reporting that work wasn't done correctly or on time — if it was done at all — and some aren't taking it without a fight.

Every time she gets into her car, Theresa Chambers notices the hail damage. Her insurance company paid $10,000 to have it repaired, but Chambers said Lakewood Collision and Operator Johnny Maes never finished the work.

"So I had to sue Johnny, his business and his mother in court," said Chambers, who said Maes' mother technically owns the shop.

After Maes did not show up in court, a judge awarded Chambers $5,580, and because she had gone with Maes' mother to the bank to have the insurance check cashed, she knew where their bank accounts were.

"I was able to get the accounts garnished, but it didn't cover the full amount," she said, saying she is still owed more than $3,000. "I'm going to continue to go to court."

It is the same story Contact7 keeps hearing from Lakewood Collision customers, happening as recently as two weeks ago.

"He took advantage of us, and it's wrong," said Suzanne Maillet, who with her business partner, Larry Snodgrass, had planned to go into business with Maes. "We were going to buy and sell damaged cars."

Snodgrass gave Maes $10,000 to buy and repair a damaged Jeep, but said Maes kept the money and the Jeep has since disappeared from the shop.

"It's gone. I haven't seen it. I haven't heard from him. He won't return my calls," said Snodgrass. "I think he's a crook, and he needs to be held accountable for his actions. He needs to go to jail."

However, Maillet said police told her that it is a civil matter, so small claims court is the only action. Still, investigators tell Contac7 that customers should keep calling police to report so they can determine if there is a pattern of alleged fraud.

Lakewood Collision and Johhny Maes have not returned our calls about Chamber and Snodgrass, but when confronted last month about other complaints, he blamed customers.

"I mean, you get positive, you get negative people," he said.

Meanwhile, unhappy customers are talking about banding together to get some kind of action.

"I just want my car back the way it was," said Chambers. "He needs to be out of business."