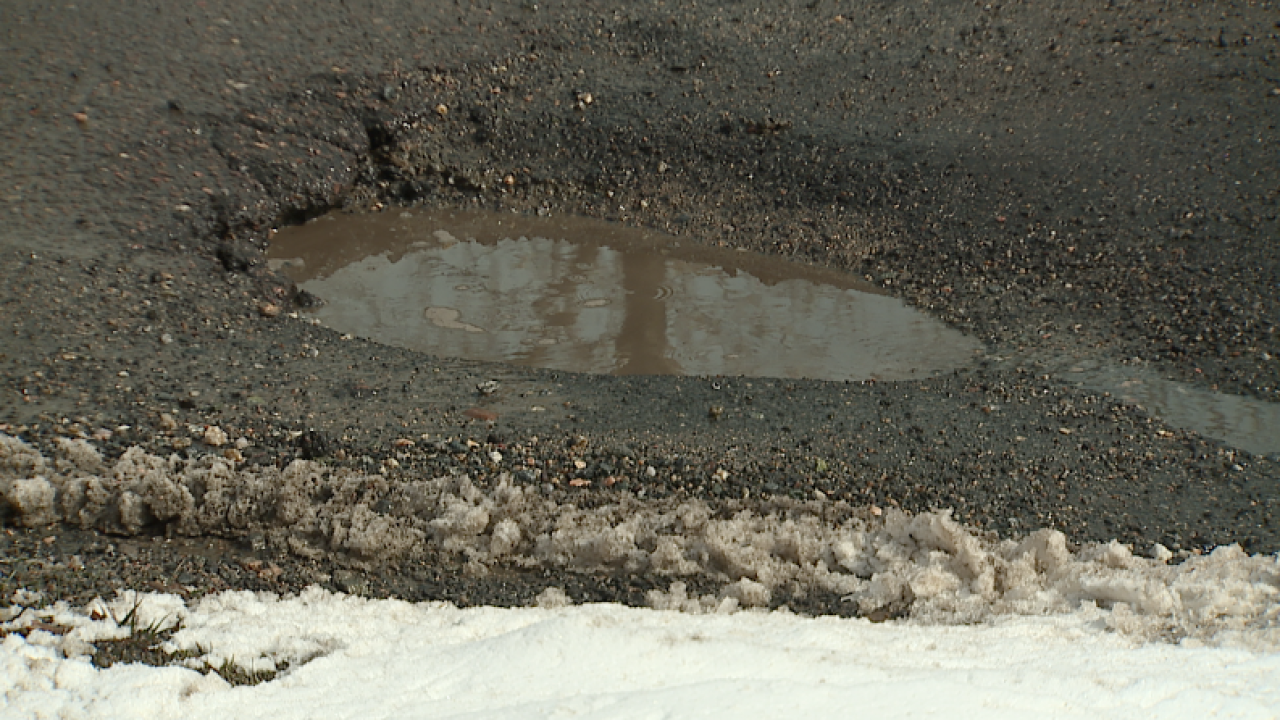 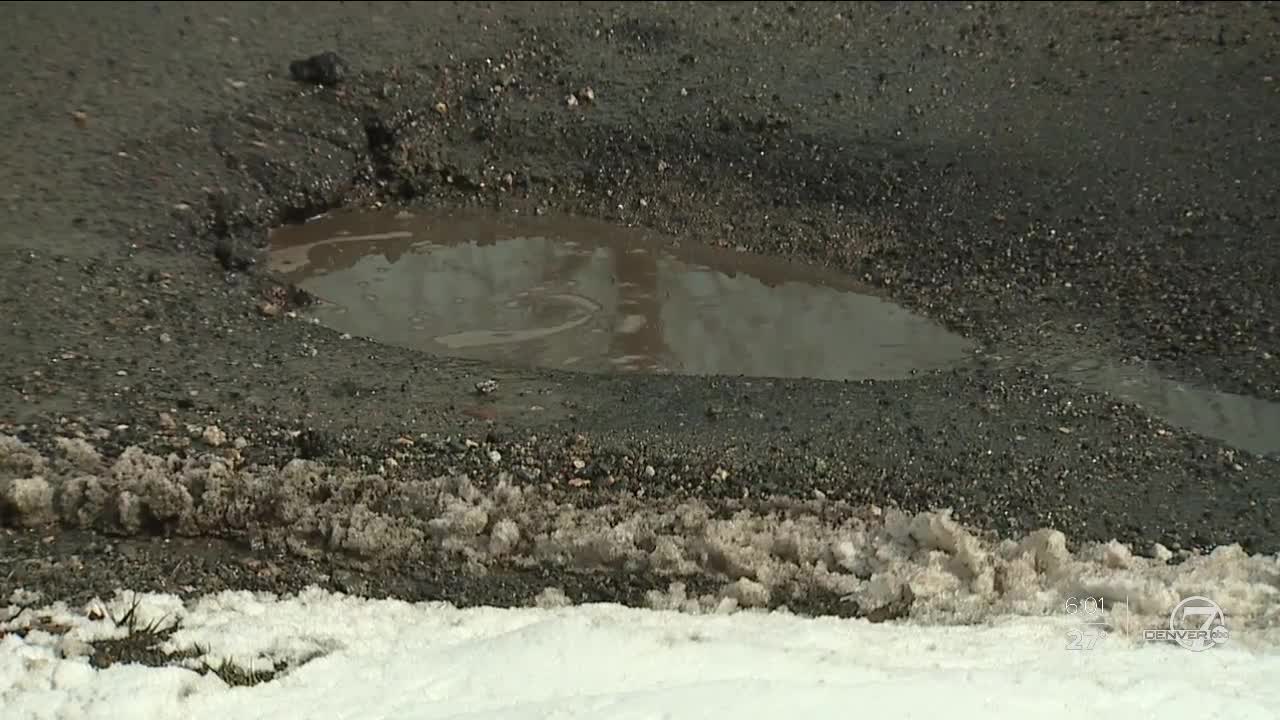 DENVER -- In between snowstorms, Denver crews are working to fill potholes. Recent weather hasn't been kind to metro roads and potholes are already beginning to pop up.

"Last year we filled a little over 67,000 potholes, that’s actually a little lower than we’ve seen in year’s past, we can fill anywhere up to 100,000 in a year," said Heather Burke, spokesperson for Denver's Department of Transportation & Infrastructure.

Burke said crews are filling potholes Monday through Friday, weather permitting. She explained that they conduct proactive patrols by filling holes they see along their route and they also respond to requests that come in through 311.

You can report a pothole by calling 311 or you can visit the PocketGov Denver website.

"When we hit that pothole, boy, it just jarred the heck out of us," said Amos Lopez.

Lopez hit a doozy of a pothole back in December. He said no one wanted to accept responsibility, so he reached out to Contact7. The irony is that Lopez worked as a former street maintaince supervisor; you could say he knows a thing or two about roads.

He said the hole he hit was eight inches deep and it cost him nearly $1,800 in repairs to his pickup truck. The pot hole was located at W. Girard Ave. and S. Platte River Dr. and due to its location, Lopez said it was difficult to figure out who was responsible. The street signs show a City of Sheridan symbol, but it turns out the pothole was actually in Englewood's jurisdiction.

Contact7 confirmed the hole has been filled. Lopez filed a claim with Englewood and said he recently received a check in the mail to reimburse him for the damage to his truck.

"They were really good about how they treated me and everything, and I talked to the managers and I got my check and I deposited it in my bank, so I’ll pay it off," said Lopez.

Lopez said he is grateful that he was reimbursed for the damage and that the street is now repaired.

"With the weather we’ve had with all the snow, the freeze and thaw, you know, they pop up and it’s just something that we have to be watchful for," said Lopez.