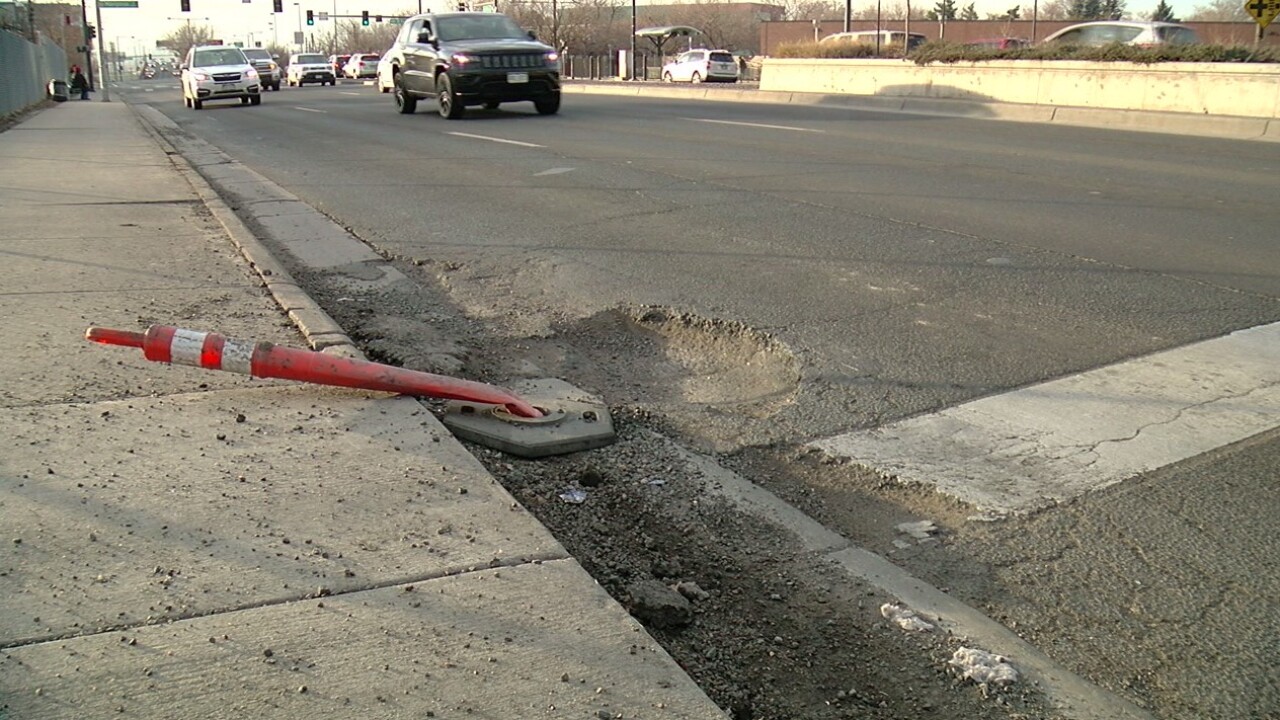 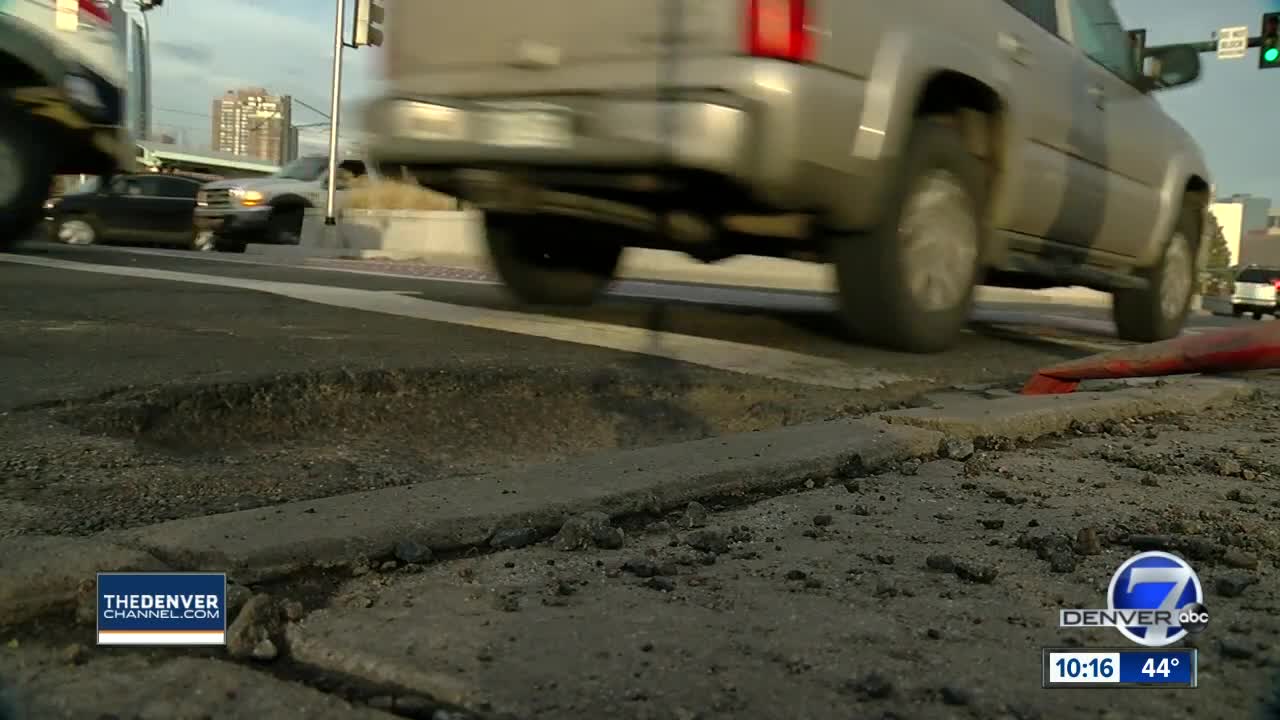 DENVER – An Uber driver says potholes popped two of his tires in 24 hours and he wants the city to be held accountable.

Jake Nordby says he couldn’t swerve out of the way of the first pothole he hit Friday night because Speer Blvd. had just too many cars on the road.

“There was this crater in the street that snuck up on me,” Nordby said. “Hit it pretty hard and it threw everything onto the seat and onto the floorboards.”

Nordby put on a spare and went back to work the next day only to hit another pothole on Colfax Ave. and Lipan St.

“That one was intense, that one sent me swerving, popped the tire fully, I had passengers at the time - scared the heck out of them,” he said.

Nordby said he had to stop and call a tow truck. His Uber passengers walked to their destination.

“It was just kind of brushing it under the rug it seemed,” he said.

The city attorney's office says people can file a claim by writing a letter to the mayor explaining the damages, where they occurred and attaching receipts.

But a claim must prove the city knew about the pothole, that an official complaint was filed as well as demonstrate public works didn’t fix it within 72 hours of receiving complaint.

Nordby said that standard is impossible to prove.

“I would have to know somebody who already hit that and find out if they reported it or know somebody in the city and get documentation,” Nordby said.

The city recommended filing a public records request, but that takes time and money.

“There’s thousands of people in this city where $2,000 dollars in damage to their car is a huge deal,” Nordby said.

Nordby is back on the road and hoping to recoup his costs during the busy holiday weekend.

He’s not sure if filing a claim is worth his time but he wants the rules changed so more drivers don’t go through what he did.