'It smells like something is dying': Neighbors in North Denver complain of foul odor 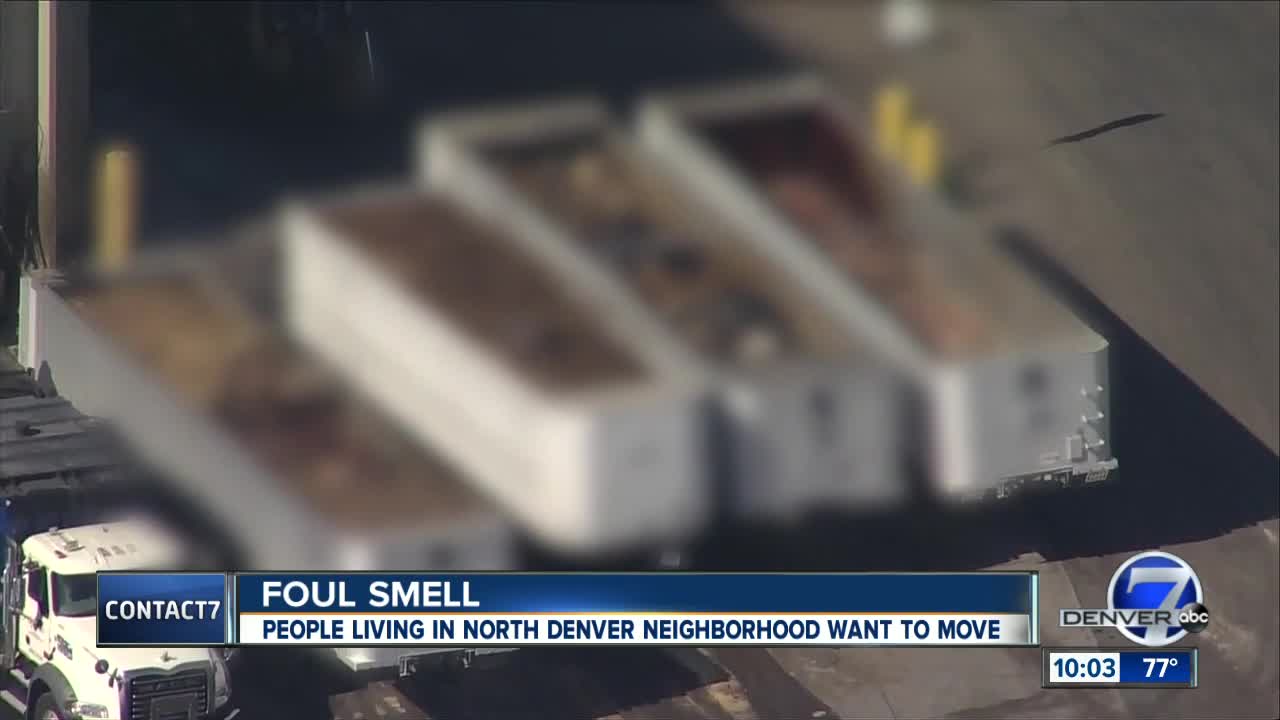 The smell, which is coming from a nearby animal rendering plant, smells like "rotten food that's been sitting around forever," according to Terry Cisneros, a resident of North Denver whose nostrils have been assaulted by the odor.

Viewers reached out to Contact7 complaining of the smell coming from the DarPro solutions animal rendering plant just outside of Denver in Adams County. The smell is watfing through neighborhoods from Whittier to RiNo.

The plant collects animal carcasses that would have ended up in a landfill. They boil the animals down to gelatins, edible fats, animal feed and organic fertilizers.

AIRTRACKER7 flew over the plant Wednesday and found truckloads of dead animals.

Neighbors say sometimes, the stench is so bad they can't grill outside or leave their windows open. Jirone says he's used to smells coming from the nearby Purina plant, but the noxious odor coming from DarPro is a whole different animal, so to speak.

Jirone said he's lived in the area his entire life, but has had enough, and is moving to Lakewood.

"You're moving because of the smell?" asked Denver7's Tom Mustin. "Yes, it's horrendous. You got to live with this stuff," he said.

And as Jirone searches for a breath of fresh air in Lakewood, other neighbors are hoping for the winds of change at home.

"I just hope that the city might be able to take care of it and hopefully clean it up a bit," said Cordova.

We reached out to DarPro solutions for comment but were unable to get a statement from them.

We did, however, speak to them last year after similar complaints.

Back then, they said they are in compliance with air standards put forth by the Colorado Department of Public Health and Environment, and are committed to being a good neighbor.