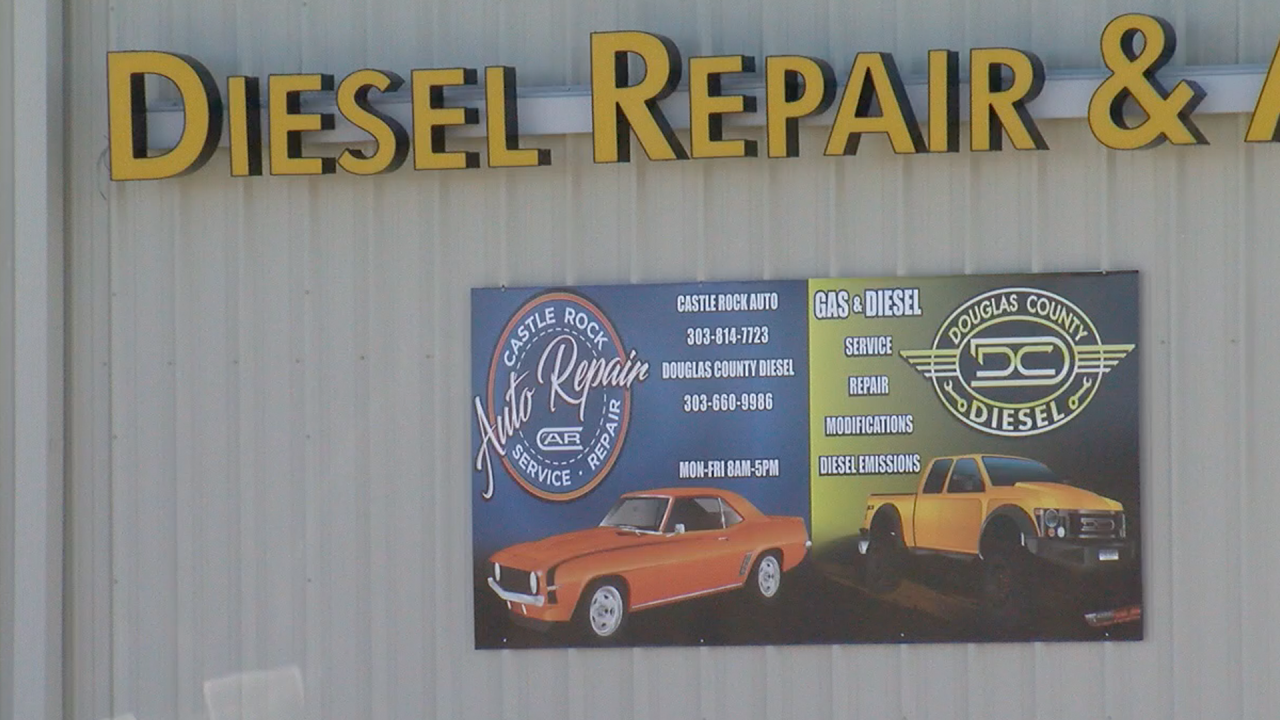 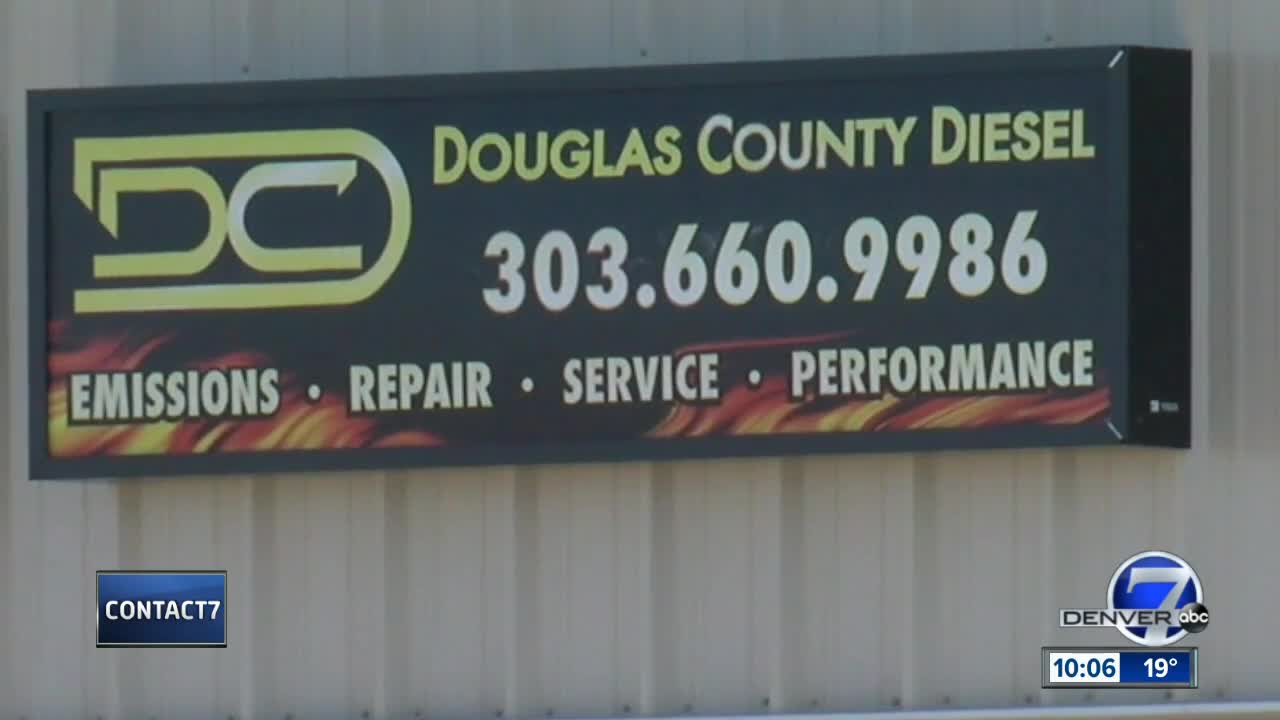 "So I thought maybe I gave an interview that I didn't know about because I was like, 'wait a minute. That's my story,'" said Phillips.

His story starts out the same way: He sent his damaged pickup truck to Douglas County Diesel for repairs, and then he filed an insurance claim. He said the shop's owner, Chad King, assured him that the truck would be in good hands.

"He said he would be happy to help me with my insurance claim and that he's handled hundreds of claims before," said Phillips. "Then from there, even after the initial meeting with the adjuster, it continued to sit in his yard."

After he filed a police report, the vehicle was recovered from a tow yard.

"It's still in the shape it was when it was brought to Douglas County Diesel it appears -- doesn't run, won't start," said Brooks.

Castle Rock police are investigating two stolen vehicle reports involving Douglas County Diesel, which includes Brooks' truck even though it was recovered, but another vehicle is still missing. Police are looking for a 1995 green Dodge pickup that was reported stolen on November 25. They said the owners tried to get the vehicle from the shop, but it wasn't there.

"We're looking at the motor vehicle thefts. We haven't been able to determine if a crime has been committed or if it's a civil problem. We're also looking into some allegations that a check has been forged and cashed," said Sgt. Tim Ratcliff with Castle Rock Police.

Phillips contacted police too. He picked up his truck a little more than four months after he dropped it off, and when he got the truck back, Phillips said the repairs were not finished.

He explained what happened when he drove the truck for the first time, "I'm driving to a meeting and my buddy Jim is actually behind me in another truck, and my truck is shaking, and I'm doing like 75 mph on the highway, and my truck is vibrating, and it's not supposed to vibrate."

When he pulled over, Phillips said the lug nuts on his rear driver's side tire were not tightened.

As time went on, he continued to have other issues with the truck. He reached out to King multiple times, but then Douglas County Diesel stopped answering.

"All of a sudden, I go to Chad's shop, and the doors are locked, and he won't answer the phone anymore, and he has all my money," said Phillips.

Denver7 has made multiple attempts to reach King. At first, he answered our calls. This is what he said about the issues with Daniels' truck, "When my wife fell ill, I told him I wasn't going to be around for a few weeks... other than that I've got to talk with my attorney."

King stopped answering Denver7's phone calls, so reporter Liz Gelardi went to his home. A truck with Douglas County Diesel logos was parked in the driveway, but no one answered.

"It's unsafe, and I'm furious, and he doesn't care," said Phillips.