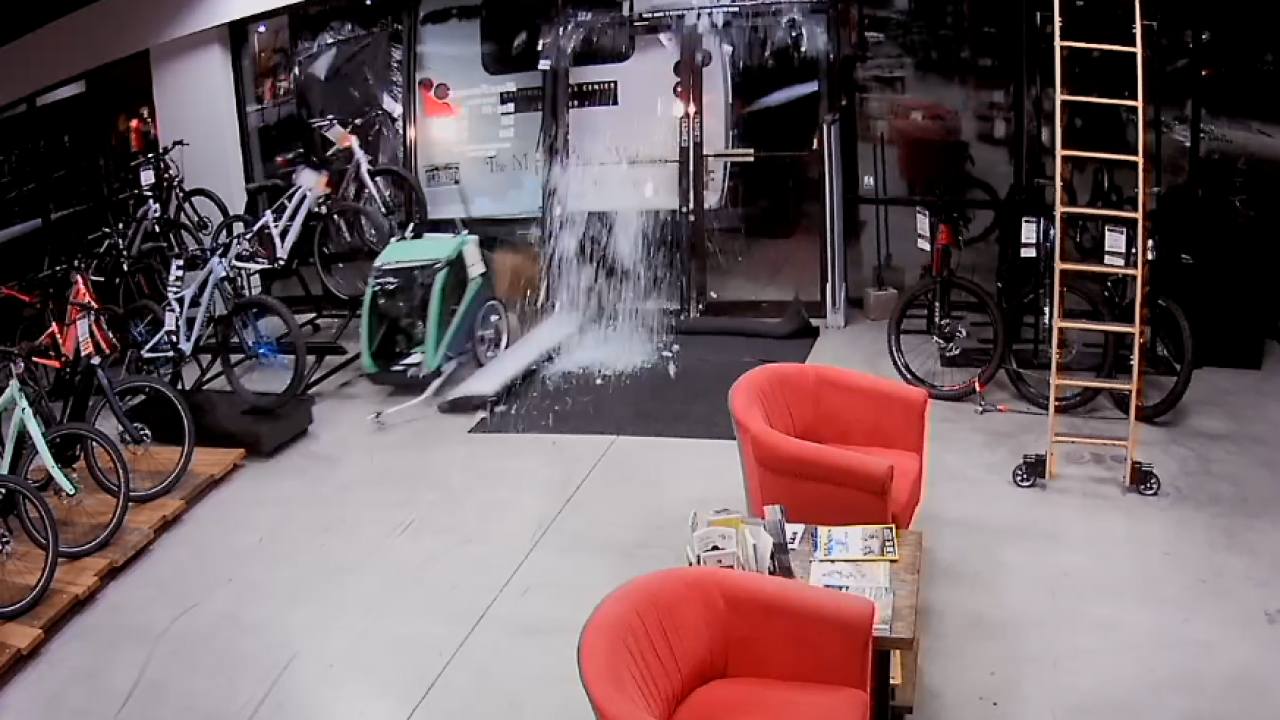 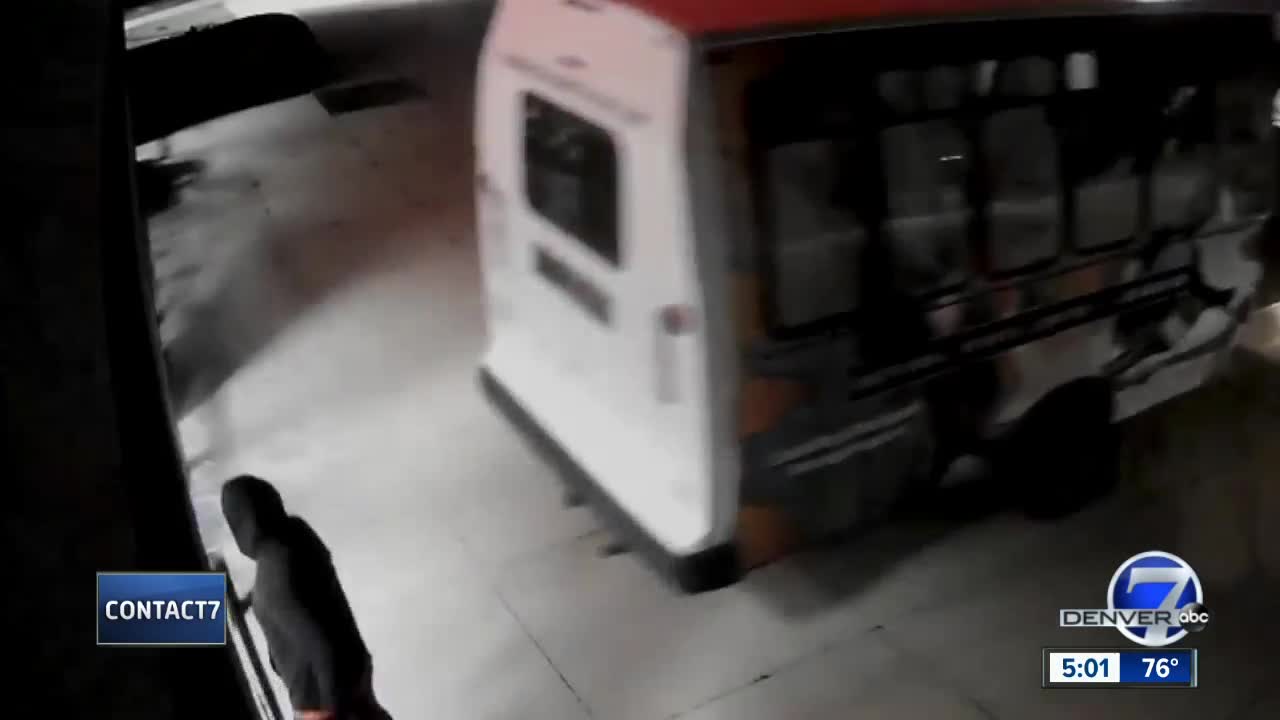 LITTLETON, Colo. -- When brazen thieves stole a van and used it in a bike shop smash-and-grab, they also stole from kids and ruined their summer plans.

The handicap accessible van captured on surveillance video during the crime belonged to the National Sports Center for the Disabled. The van pulls up in front of the BikeSource in Littleton, then backs into the front doors. Three people can be seen jumping out, running through the door and grabbing several bikes.

“The first time I saw the surveillance video was Monday morning on the regular morning news, so when I woke up and saw that I was like, 'Wait a minute that’s our van,'" said Kim Easton, CEO for the National Sports Center for the Disabled.

Easton says the van was stolen from the parking lot of Mile High Stadium on Sunday night. She says separate surveillance video from the stadium shows three people casing the parking lot before stealing the van. It's the only handicap accessible vehicle in their fleet.

"We believe that they were here on our site stealing our van around 2 a.m. and the surveillance video at the bike shop picks up shortly thereafter, within an hour or so after they were here on this location," said Easton.

The van is used to transport people with disabilities so they can take part in sports of other therapeutic recreation activities.

"This time of year is some of our busiest time in the metro area serving people with disabilities, and not having this van is really a disappointment to them and it’s a disappointment to our staff because we love being able to get out there and getting people active and involved in these types of activities," said Easton.

Four people in wheelchairs showed up Monday morning to participate in a paddling excursion, only to find out the van wasn't there. Kati Leasure, 18, was one of the participants who was disappointed to learn the van was stolen.

The nonprofit has been working with her since she was a toddler but without the van she says she'll have to miss out on all the activities. The van was supposed to transport Leasure and some friends to camp in two weeks but if it's not recovered they will have to find alternate transportation.

"At this point in time we have no word on what has happened to our accessible van so we are out of luck and we don’t have another option," said Easton.