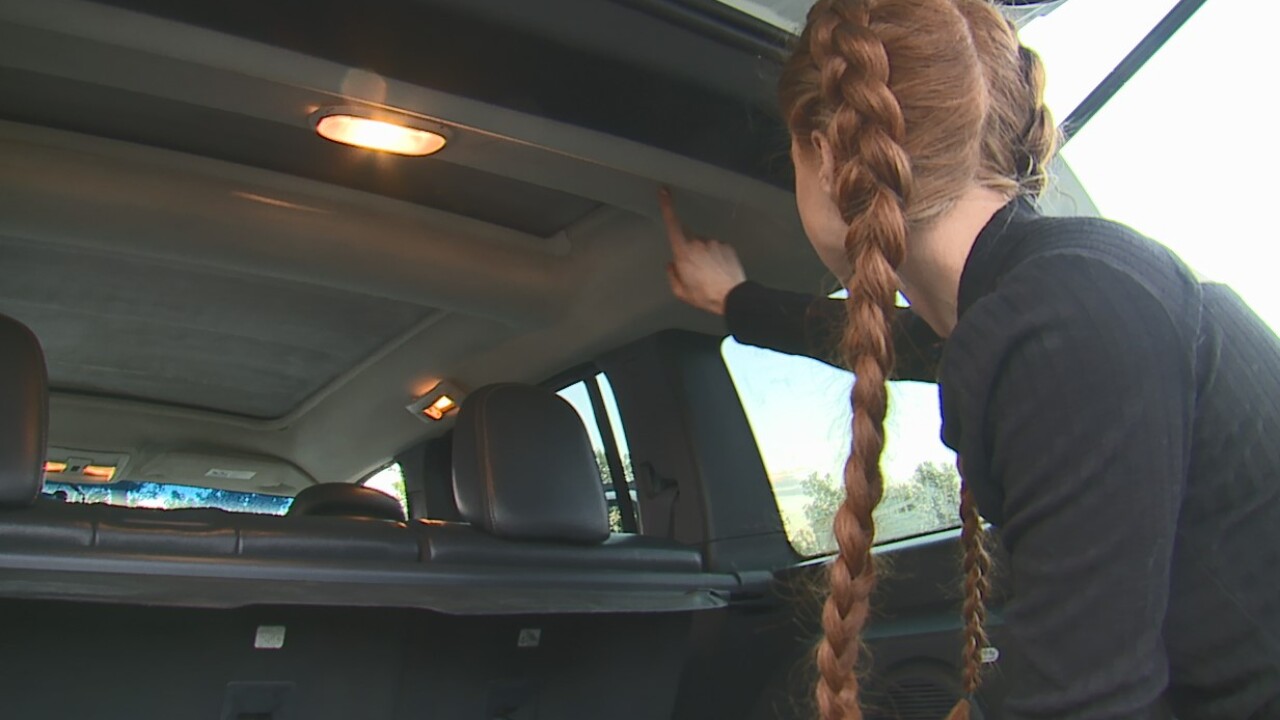 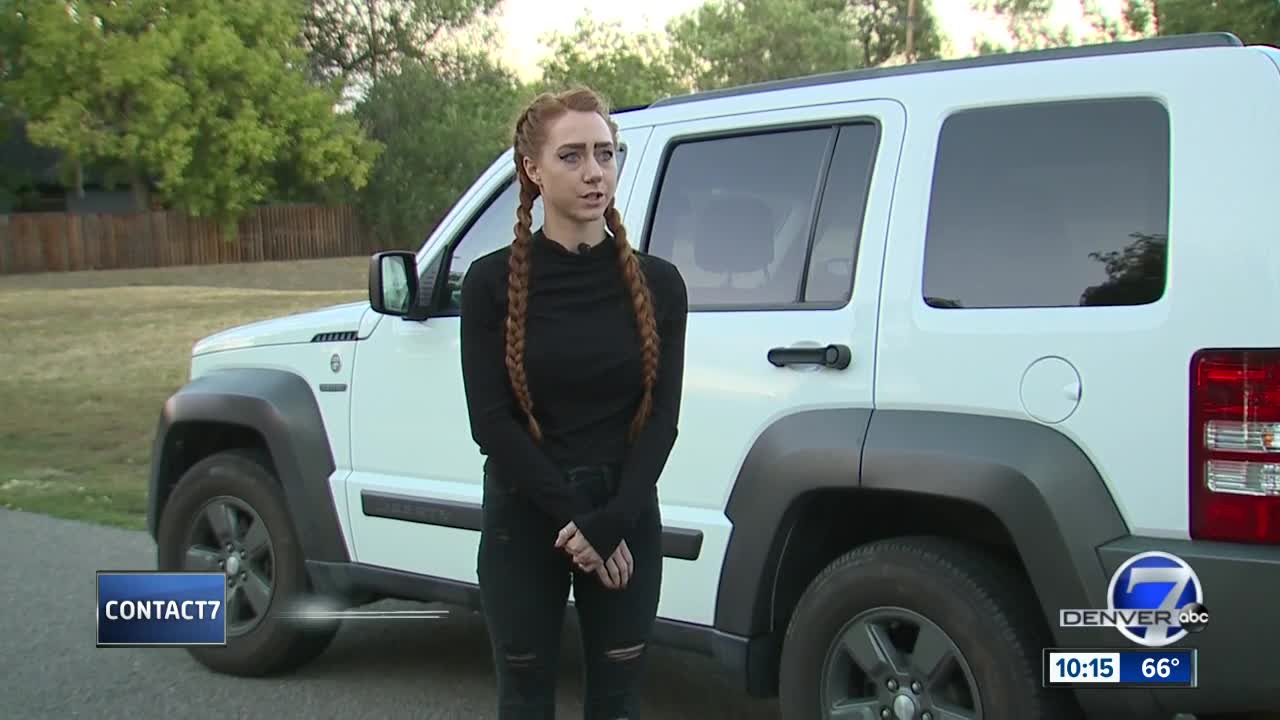 DENVER — A Golden woman took action to get her car or her money back after three months of empty promises from Central Denver Auto Sales.

"I actually went to the police department to file a stolen vehicle report," Nynah McKenzie said.

She got the Jeep back, and while it looks great on the outside, the inside is another story.

"It's torn up on the inside. There are dents all over the back seat. The engine still knocks. The brakes are still giving out worse than when I got it. There's water damage," she said.

McKenzie purchased the 2011 Jeep Liberty from Central Denver Auto Sales on June 1. She paid about $12,000 for the vehicle.

She said when she got home, the oil and check engine light came on. Within a week, the roof flew off on the highway.

She dropped the vehicle off, but three months went by with no answers. When she couldn't find her Jeep at any of Marks' businesses, she got the police involved.

Now, Marks said he's not responsible for any of the issues with the Jeep and denies some of the problems even existed.

"None of the stuff she is claiming is under warranty," Marks said.

Marks said he tried to fix the roof, but it isn't manufactured anymore. While that may have been true, we were able to find a new one online.

"Essentially, what we wound up doing was we tried to take both roofs apart and make one good roof out of two roofs," Marks said.

When asked why he offered to fix the vehicle if it wasn't his responsibility, he said: "because I'm dumb."

McKenzie said considering the history with the roof and the quality of the repairs that were done, she is going to take Central Denver Auto Sales to court.

"I do not feel safe at all," she said. "Driving home was very scary."