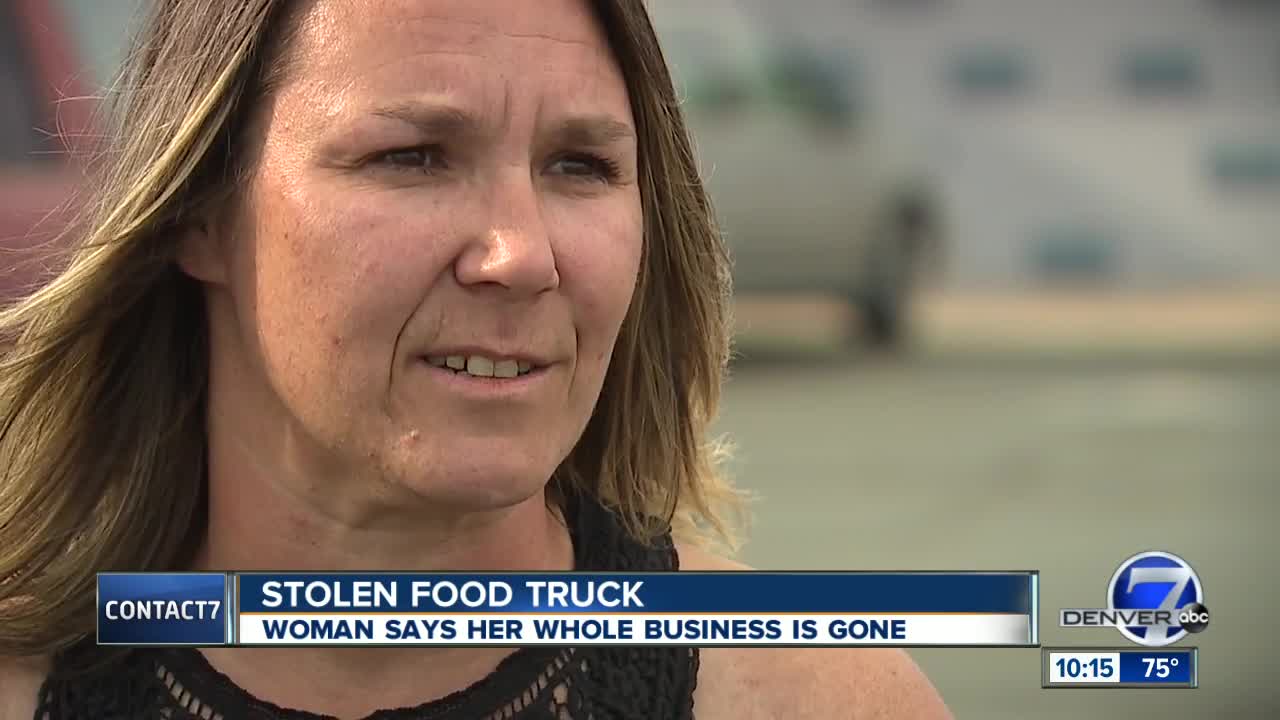 UPDATE | Sept. 11 — Michelle Aldrich, owner of The Goodness food truck, said people reported seeing the stolen truck near their home in Rock Springs, Wyoming, about four hours away from Fort Collins, on Monday. Police were able to retrieve the vehicle and it was returned to Aldrich on Tuesday. She said she has started to clean it so it can be used to serve food once again in Fort Collins. She said extension cords and a fan were stolen and the driver's window was broken.

FORT COLLINS, Colo. — Michelle Aldrich says her The Goodness food truck meant more than just a business, which is why when it was stolen, it felt like a part of her life was gone.

"It’s my whole business on wheels; they literally just took the whole thing," she said.

Aldrich says after parking her food truck at the American Legion Kitchen overnight, it was nowhere to be found when she came back the next morning.

"I was kind of in shock for about an hour, ran around asking people when they had seen it and when the last time was they’d seen it," Aldrich said.

She says the car was stolen Sunday between 2 and 7 a.m. Aldrich was hopeful this year would be different for her.

"Last year I was in a car explosion and I was smoking food and I hurt myself really bad, I spent three weeks in the hospital. This was my first season back working on the truck and so it's very personal to me, it's not just my business," she said.

Aldrich was driving a car with a propane tank inside when it exploded. She suffered burns all over her body and was left with scars. She says some days are better than others when it comes to the pain.

The scars she wears is proof she'll be able to overcome her next obstacle and she hopes whoever stole her truck will return it.

"I think people love the food and I love making it for them and I like the work, so I will continue if I can get the truck back or find a way to get a truck," Aldrich said.