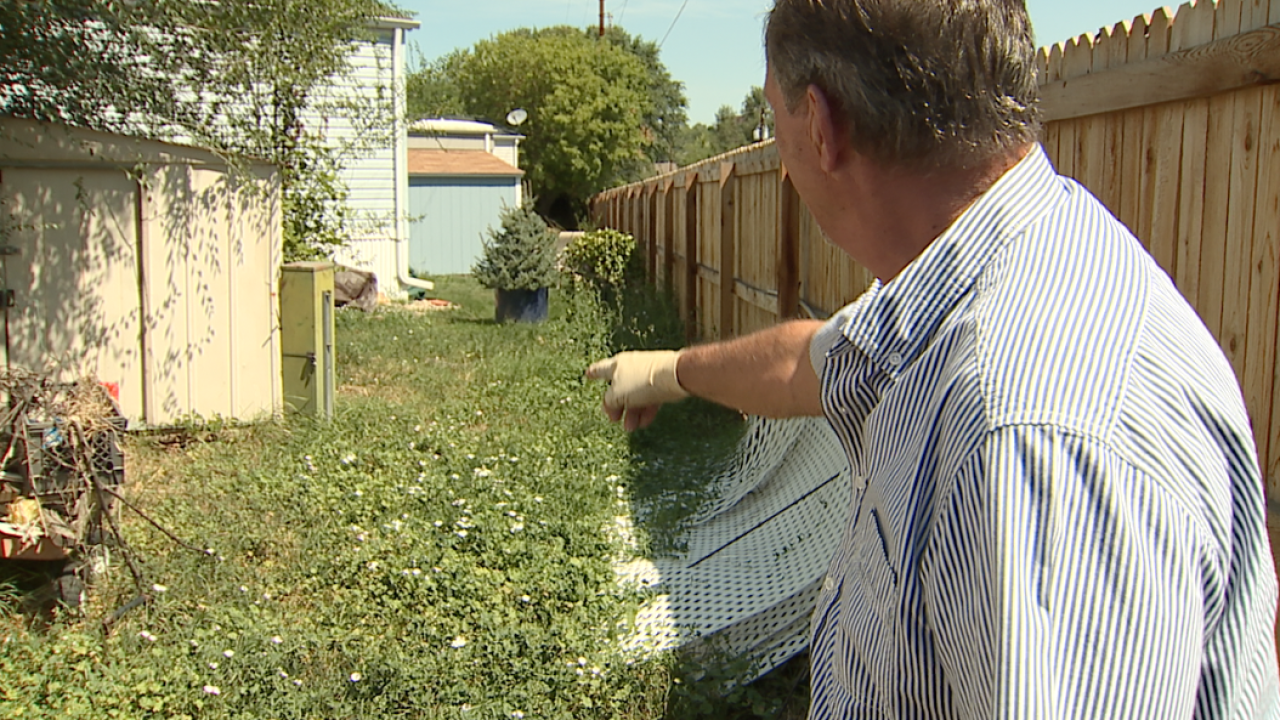 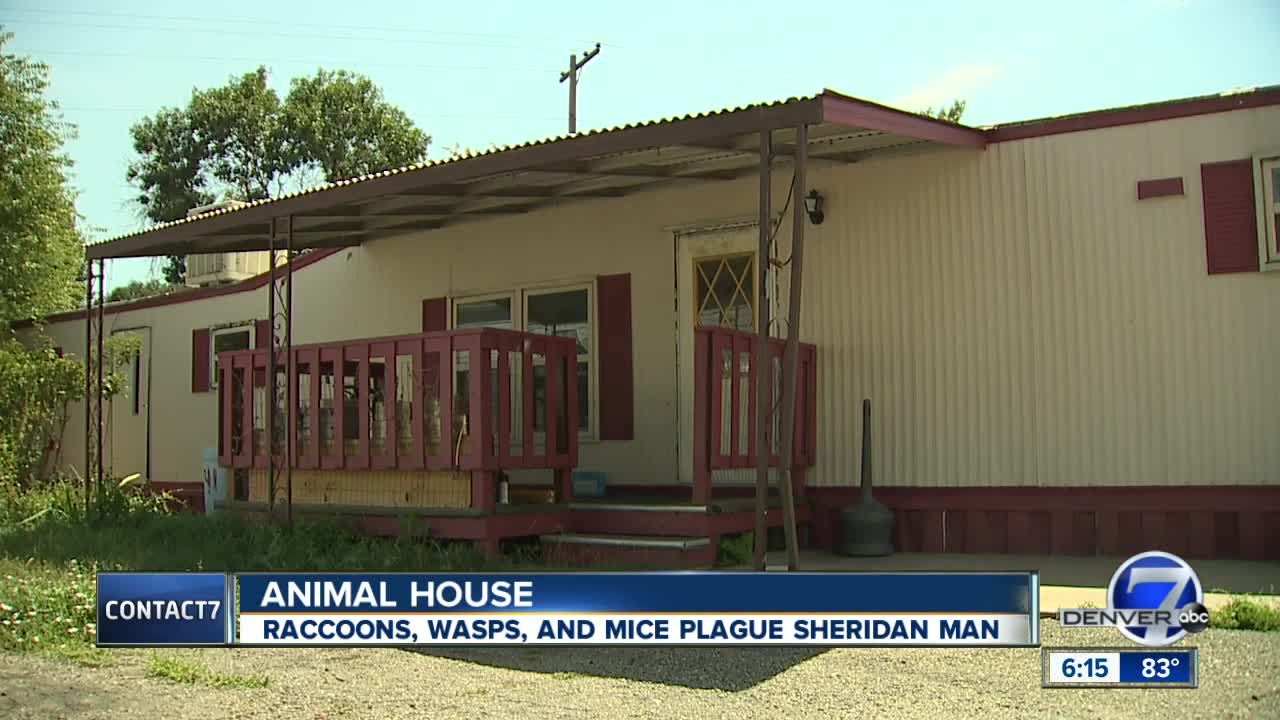 SHERIDAN, Colo. — The owner of a mobile home in Sheridan is fed up with his nuisance neighbors, saying they buzz around incessantly, attract neighborhood cats, and make noise by fighting with each other after dark.

Dennis Spurrier is talking about the wasps, the mice, and the raccoons that either live in or visit the trailer next door.

“It’s just a nightmare living around here,” he said.

Spurrier claims that the animals have become a problem over the last five months, after the tenant next door moved out, leaving the trailer empty. He showed Denver7’s Jason Gruenauer the wasp nests as well as videos of the raccoons that show up after dark.

“It sounds like they’re fighting out here at night. I’ve seen four of them, and they’re out here almost nightly. They’re digging my back yard up,” he said.

Calls for help to the Bear Creek Village manager as well as the City of Sheridan have not gotten results, according to Spurrier.

Denver7 called the code enforcement officer for the City of Sheridan about the property but received no callback. The manager of Bear Creek Village did not have much of an answer when questioned about it.

“I know that there is someone who just purchased it. That’s about all I know,” the manager told Denver7’s Jason Gruenauer.

“It is not habitable,” Spurrier claimed, standing in his yard, pointing to the neighbor’s trailer.

And his concern is about much more than just losing sleep.

Contact7 will continue to monitor this story and will update if anything changes.