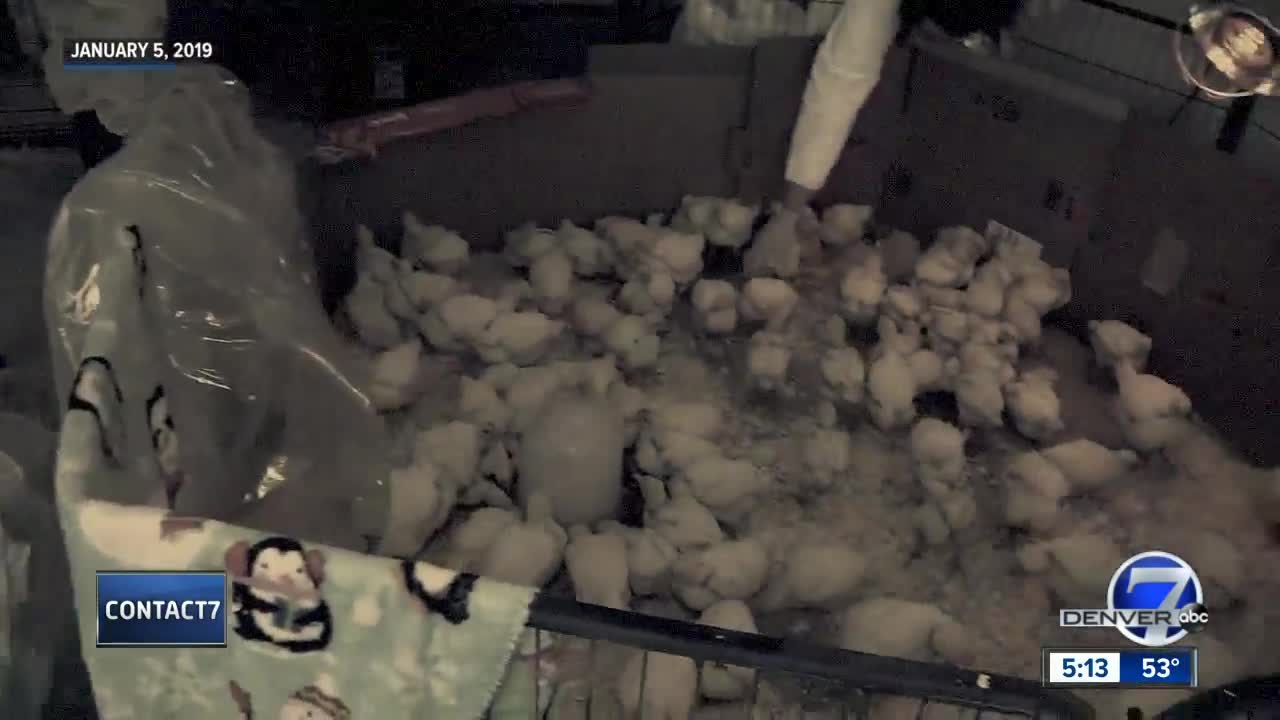 The manager of the bankrupt farm, where 3,600 chickens are starving to death. She said she wanted to make it clear she never abandoned the chickens and has been trying to save them. 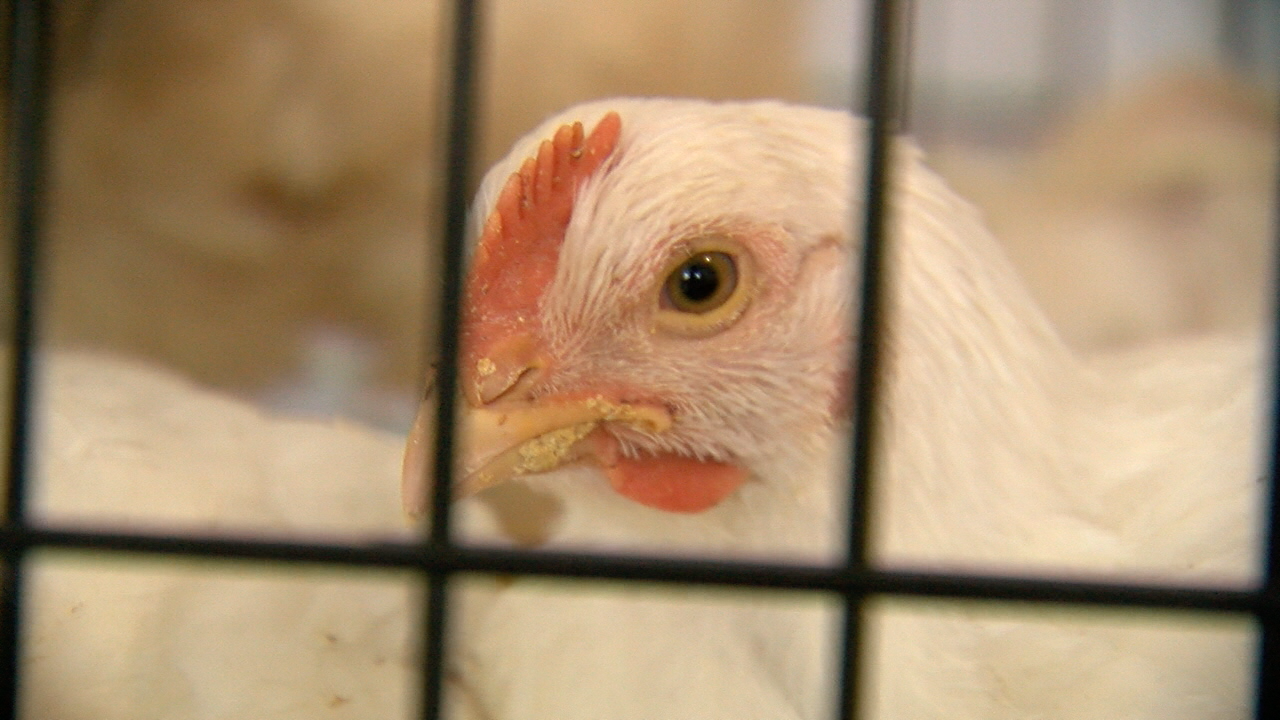 ERIE, Colo. -- A farm in La Salle, Colorado, went out of business and couldn't afford feed for its 36,000 chickens. Volunteers from Luvin Arms Animal Sanctuary out of Erie conducted a massive rescue operation.

"It was the worst we've ever seen," said development director of Luvin Arms Animal Sactuary Chrissy Dinardo. "There were dead bodies littered among the floor. They were eating each other," she said.

Luvin Arms rescuers were able to transport 529 chickens, many of them severely ill.

When Denver7 reporter Eric Lupher arrived at the sanctuary, he had to put on a HAZMAT suit to prevent the spread of disease from the ill chickens to other animals on the farm. Some of the rescued chickens had bacterial infections, parasites and frostbite.

Mckosky went on to say this type of rescue happens all the time across the country.

"Even though the abuse is horrific when you see it up close it's not uncommon," he said.

Some of the rescued birds aren't expected to make it. Many others will survive and Luvin Arms reached out to Contact7 for help.

"We need all the help we can get," said Mckosky. "We have so many birds. The vet costs, the transport costs to get them to safety is really expensive."

Luvin Arms has posted a fundraiser on its Facebook page. The sanctuary is trying to raise $40,000.

Once the rescued chickens are nursed back to health, most of them will be transported and dispersed across the many no-kill sanctuaries located in areas across the United States.

Denver7 got in touch with the manager of the bankrupt farm. Devon Devries says she is out of a job but has remained on the property to make sure every chicken was accounted for. She wants people to know that there was never a time where the chickens were just left for dead.

"I've put my life on hold to put the chickens first," she said.

Devries says all the chickens who survived have now been accounted for. Five rescues and five zoo and wildlife centers have taken part in the massive rescue. Devries says The Rooster Sanctuary, Broken Shovels Farm Sanctuary and Good Life Refuge all personally donated food for the chickens.