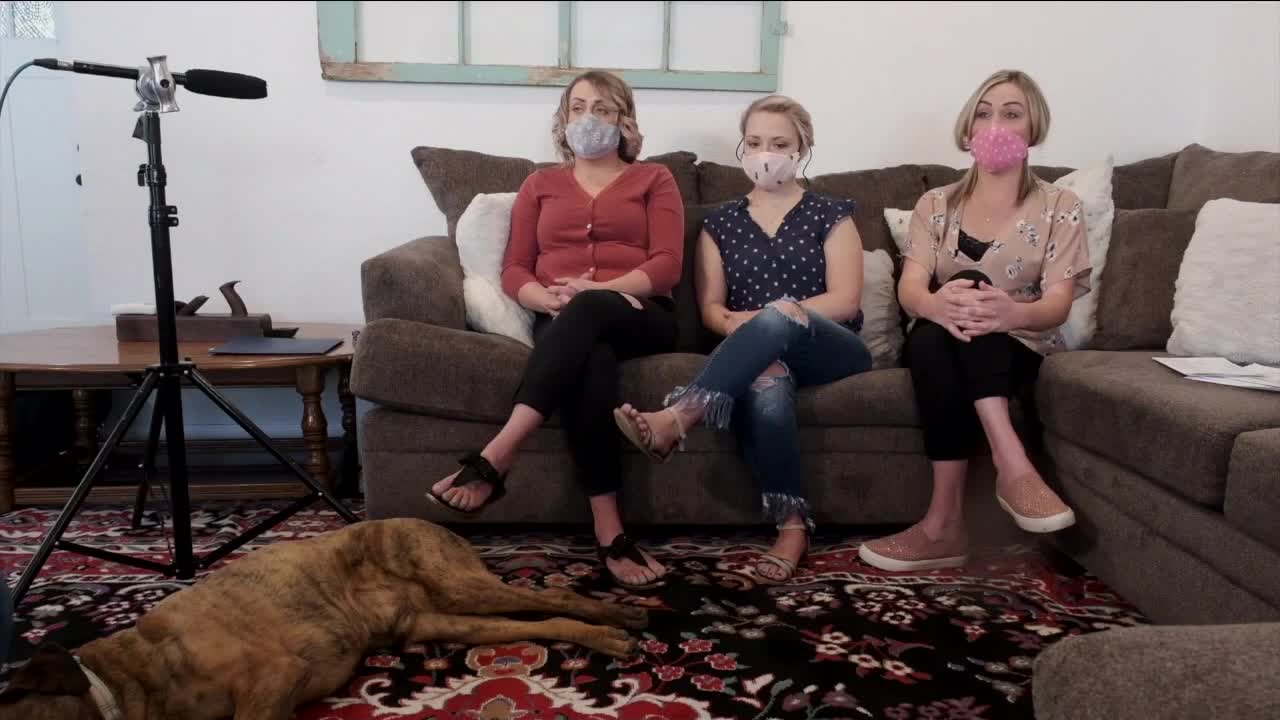 Three former employees of Origin's Wood Fired Pizza in Loveland are speaking out after identifying what they say are major flaws in their wage reporting while applying for unemployment.

"I’ve had to move in with my brother. I cannot pay bills. My credit score has gone down. I have had bills go into collections" said Samantha Sheehan who used to work at the restaurant. "For me it’s just really hard to sit back and not take advantage of aid that has been offered to us as laid off employees."

Samantha, along with her sister Gillyan Sheehan, and coworker Katie Crossley, were laid off in March after the statewide shutdown from coronavirus. After weeks of waiting to gain access to unemployment, all three found that their reported wages for the restaurant on the unemployment website for were $0.00.

"I’m led to believe that something not right is happening," eplained Samantha Sheehan who said she has waited for a resolution from her employer for weeks. With no reported wages through unemployment, the three, and several others who have declined to comment for the story, are unable to recieve any compensation through the unemployment website.

"I filled out my form to correct the wages and from there still nothing has changed. I filed on March 15," she said, saying she has reached out to her former employer several times with little resolve. "He just constantly tells us just hang in there be patient. But from there, what can I do?"

The owner of the restaurant says he has not misrepresented any wages and filed properly, pointing the blame to the state.

Contact7 reached out to an employment lawyer who says, if there is a problem in the reporting, the employer may take the blame.

"If the forms that he filled out show zero dollars for wages, then the glitch is his fault," explained attorney Ira Sanders. "Then he has to rectify the mistake, go to his records and report all of these employees wages to the states and pay those taxes."

Regardless of who is to blame, the employees say, lots of damage has already been done.

"There’s just such a break in trust with the system and with the people that I’ve worked for, said Crossley. "I’m disappointed."