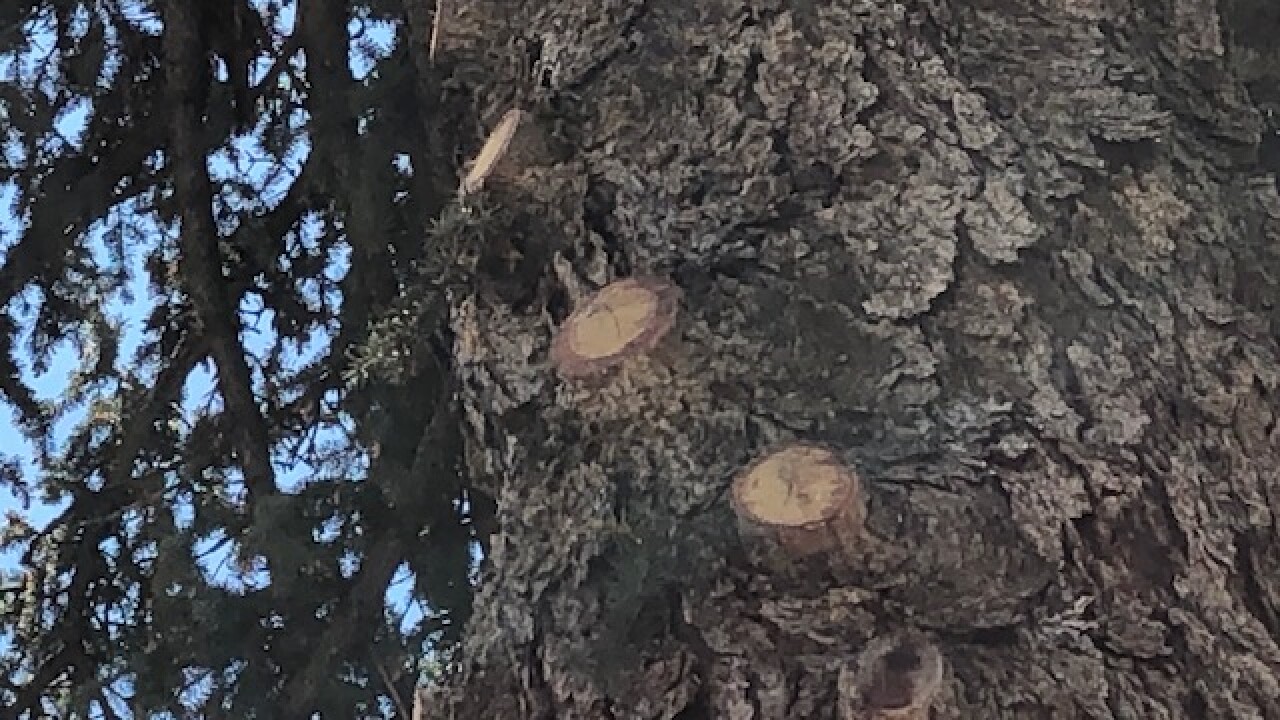 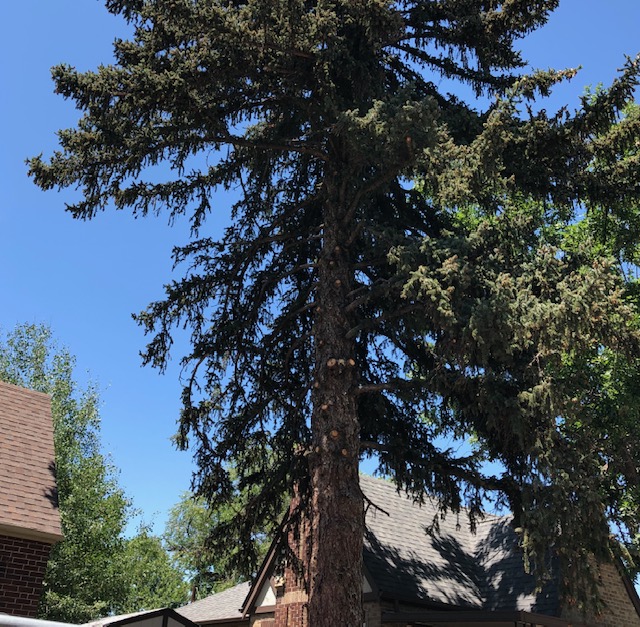 DENVER -- The pounding of hammers and whirring of saws constantly echo throughout the Potter Highlands Historic District, where several homes and duplexes are under construction.

Longtime resident Michele Gabriel is trying to get acclimated to the noise, and to other impacts.

"I grew up in this neighborhood," she said. "I lived in the house (catty corner) that got torn down."

She told Contact7 that a tall evergreen tree in her front yard has become a victim to that growth.

"When my husband asked me this morning if I knew our tree had been trimmed, I said, 'no,'" she said.

Ms. Gabriel was stunned when she looked up and noticed that multiple branches had been removed on the south side of the trunk, leaving a gap about two stories tall.

"It's been mutilated," she said. "It's asymmetrical now and just unsightly."

The developer, who owns the adjacent property, said he hired a work crew to cut the branches that were hanging over his side of the property line.

John Dilday said he plans to scrape the Tudor-style house on his property and build a two-story duplex with rooftop deck.

His crews removed the overhanging branches from Gabriel's tree in preparation for the construction.

Real Estate attorney Parker Semler, of Semler & Associates, P.C., said the developer had a right to do that.

"The law is really quite clear," he said. "In order to trim branches, you've got to take an imaginary line, go straight up the property line and you can cut them to your property line."

He said you can't go onto your neighbor's property and cut branches beyond the property line.

She noted that the tree trunk is on her property about three feet away from the property line.

"He trimmed those branches all the way to the trunk of the tree, which is trespassing as far as I know, because they didn't notify us," she said.

Mr. Dilday told Contact7 that they did try to notify his neighbor.

"We knocked on their door several times," he said, "but there was no answer."

Ms. Gabriel said it's the developer's responsibility to handle issues like this properly.

"I want to be compensated for the damage they've done to our tree," she said. "They need to take better care of their relationships with neighbors."

Mr. Semler said it basically comes down to "doing unto others as you would have them do to unto you."

Ms. Gabriel believes the developer should have taken other steps to notify her about the planned tree-trimming.