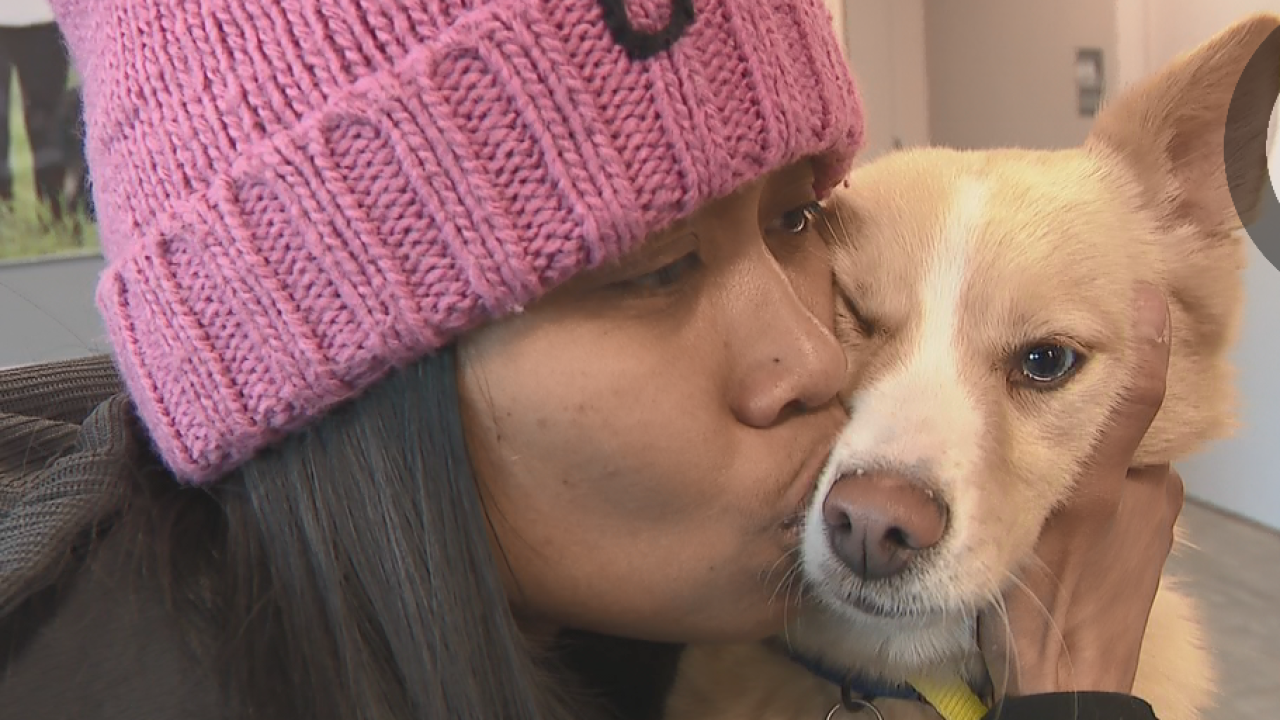 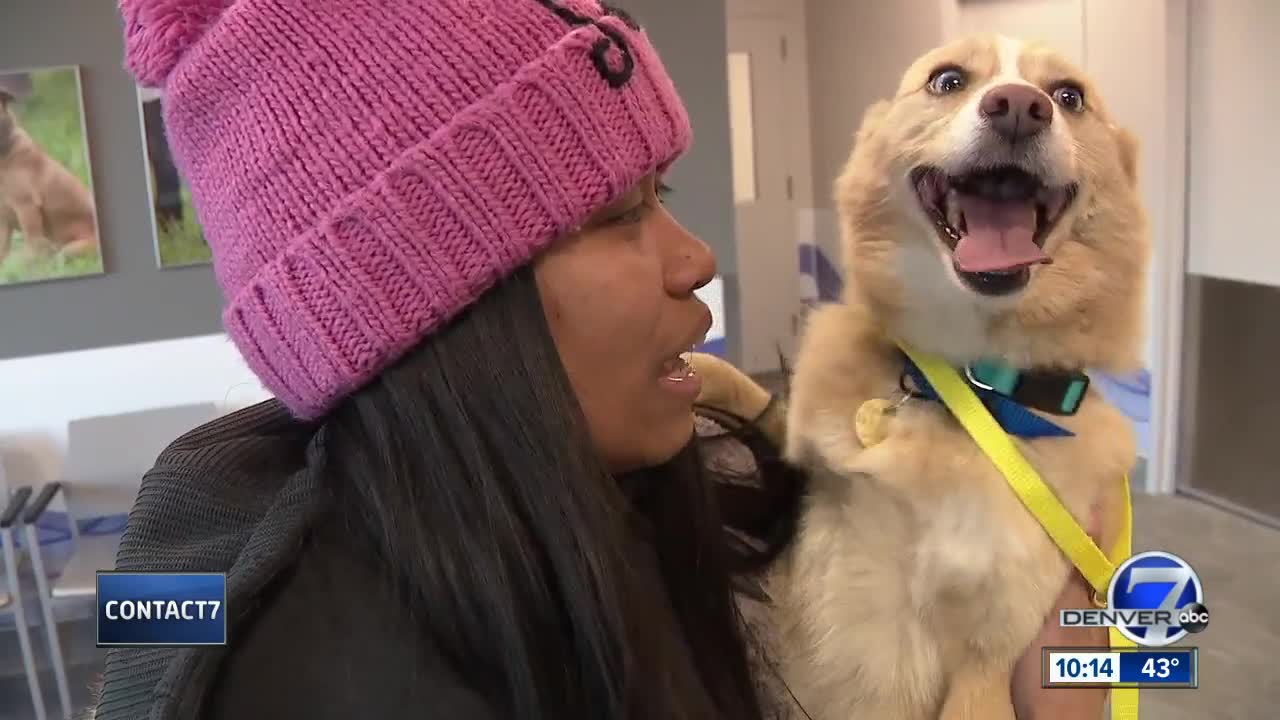 DENVER — A Navy veteran who mistakenly gave his dog away to a complete stranger has been reunited with the pup, named Cooper, and it's all thanks to Denver7 viewers who stepped in to help after we originally shared their story on Tuesday.

The joyous reunion between the Archambault family and their 4-year-old pomeranian husky mix took place Wednesday at the Denver Dumb Friends League. Cooper is a service dog for veteran Phillip Archambault.

"I'm just so glad this dog is here with me right now," said Alta Archambault, Phillip's wife. "I just thought he was not going to be with us anymore."

Alta clutched Cooper tightly during their reunion. The pup had been missing for two days.

"I'm really glad. It's been two days of sleepless nights," she said.

Cooper has been Phillip's constant companion since the Navy medic came back home to Breckenridge from deployment and was diagnosed with PTSD, plus a mix of schizophrenia and bipolar disorder. Phillip has had the dog since he was a puppy and the dog has helped him stay calm in stressful situations.

"Cooper, in some ways, is like a soldier — just like his dad," said Alta. "He's been with my husband for four years now. Honestly, this dog is the reason he's still alive."

Phillip, who is being treated at the VA hospital, reportedly walked out of the building with Cooper on Saturday and gave the pup away to a stranger. Alta explained that people who are mentally unstable tend to do things they don't really think about. In this case, Phillip wasn't thinking about the consequences of giving away Cooper, she said.

"If we find Cooper in Denver, which is a big city, it's going to be a miracle," she said.

On Wednesday, the miracle came true. After our story ran on Tuesday, viewers told us Phillip had given Cooper to the Lecheminant family.

Susan and Justin Lecheminant told Contact7 they turned the dog into the Dumb Friends League with plans to adopt Cooper if no one claimed him.

Dumb Friends League volunteer Ellen Schiff was at the desk when the family arrived.

"They said the name Cooper and I said, 'That's got to be Cooper from the Channel 7 newscast last night,'" said Schiff.

They found out Cooper had been microchipped. A quick scan confirmed his identity.

Hours later, Contact7 was there for the tearful reunion. Alta says her husband, who is still in the hospital, is elated.

"This journey has been really rough for me and my family. Now that he's back I'm so happy and glad," she said. "Words are not enough to say thank you to all the people that helped us to reunite with Cooper. More than anything, Denver Channel 7."