Part of the park is fenced off but will open soon 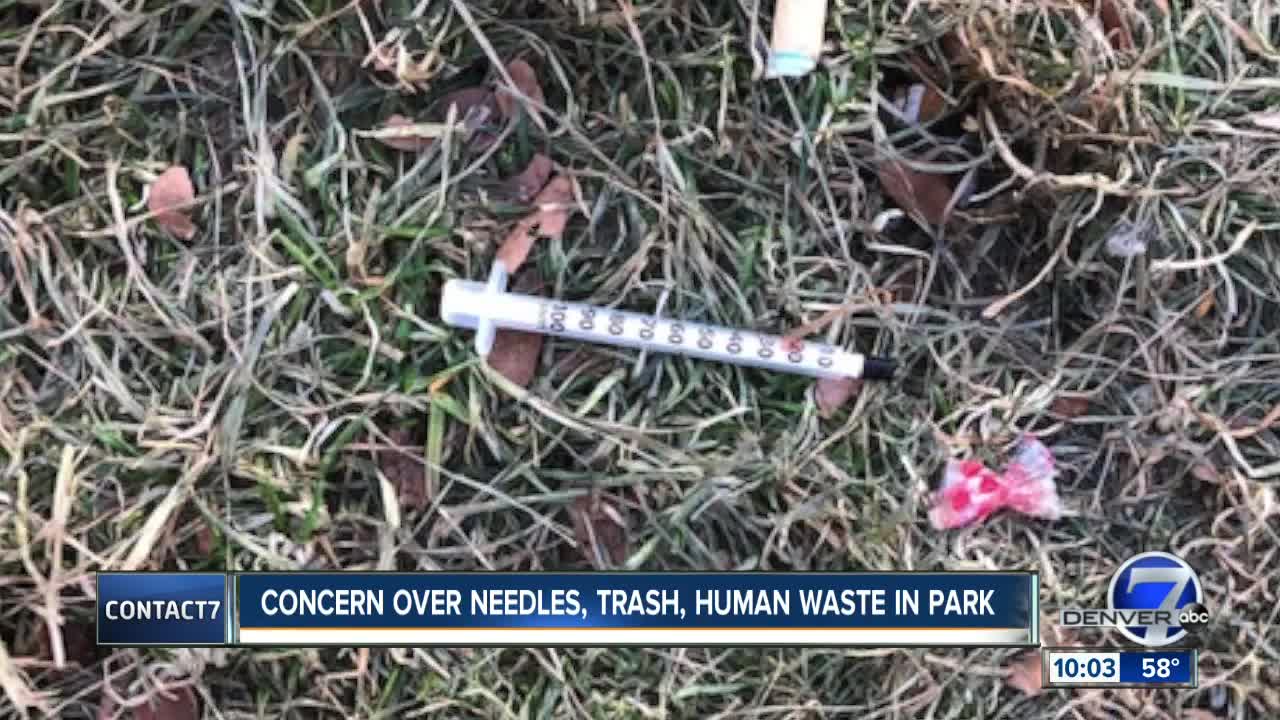 When the man who oversees Denver parks found a syringe full of heroin and 30 needles in Skyline Park he decided to put a fence around the area. 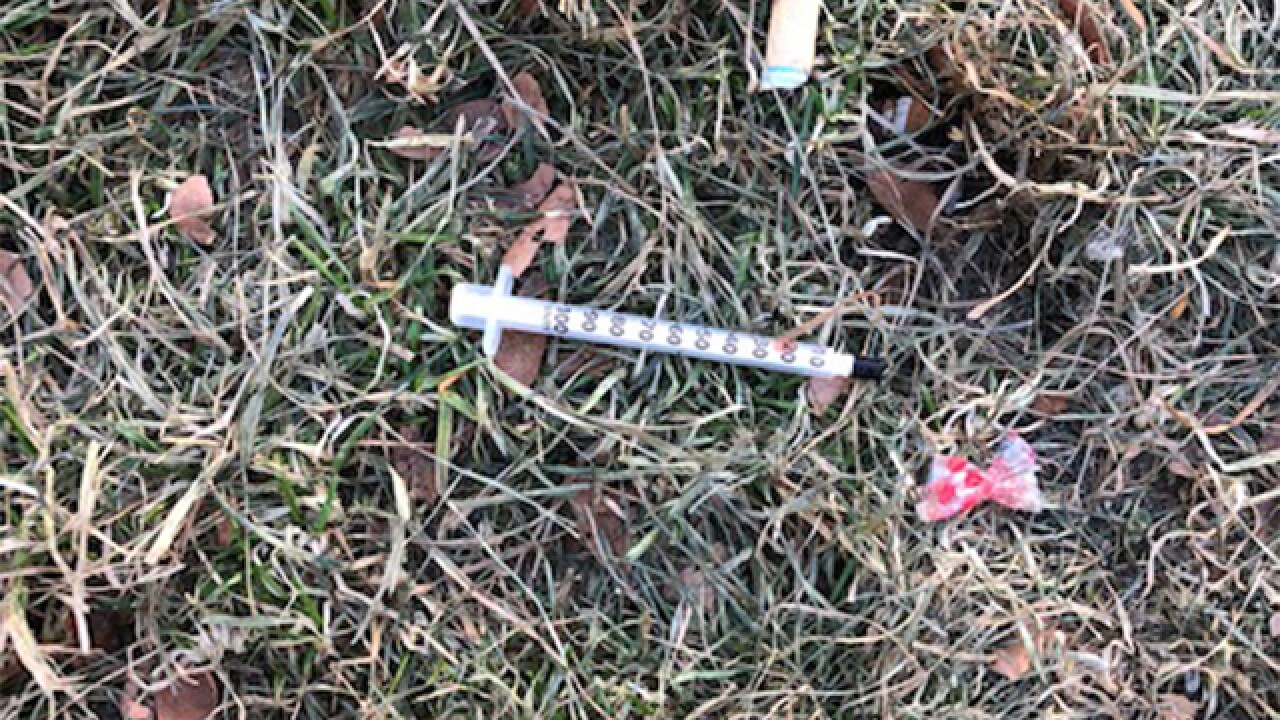 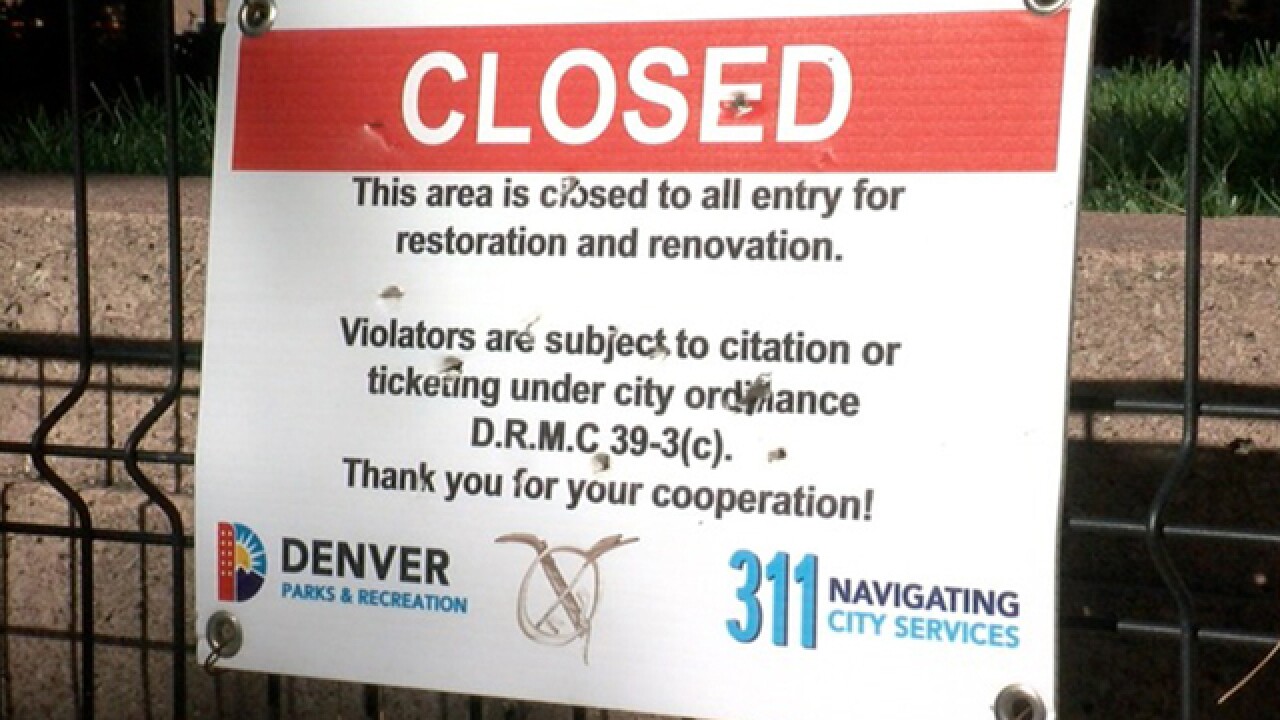 DENVER -- When the man who oversees Denver parks found a syringe full of heroin and 30 needles in Skyline Park, he decided to put a fence around the area. That fence will come down soon after months of restoration and a plan to bring the park back. In the near future, the city plans on a full redesign of Skyline Park.

"When you’re finding needles that are full of heroin, it was time to make a decision," said Scott Gilmore, Denver's Deputy Manager of Parks. "We were having people sit right behind this wall and they were shooting up nonstop."

Gilmore admits it's a shame that the park has been closed but he also wants to make sure everyone in the park, including his employees, are safe. The fence went up along the portion of the park that borders 18th Street sometime around the end of last year.

"As the head of the Parks department, my job is to keep the public spaces open for the public but my job is also to keep them safe and so it’s a very difficult balancing act. We are like I said, looking to try to get these fences down as quickly as possible," said Gilmore.

Residents living nearby are upset with the state of Skyline Park - located at the corner of 17th and Arapahoe Streets - and some of them reached out to Contact7 with pictures of trash littering the space.

"It shows that we're living in a dump," said Lary Mars, a downtown resident.

Gilmore looked at those pictures and expressed frustration, too.

While the fence has been up, Gilmore and the Downtown Denver Partnership have been working on a plan to activate the space. A shipping container that will house a taco spot is set to open soon. Gilmore is looking forward to the day when he can grab a taco and sit by the fountain where his employees used to find needles.

"Those are the rules and regulations we have to enforce once we open these areas back up," said Gilmore.

More changes are happening in the block between 15th Street and the 16th Street Mall. The Parks Department hired a restroom attendant through Denver Day Works, a program that employs people experiencing homelessness.

Gilmore previously had to bring in a hazmat team to cleanup the area behind the restroom that people were using as a public toilet. Those crews also found more needles back there.

"We’re doing the best we can," said Gilmore.

As for the residents who are upset, he says they can always report problems to 311 or contact him directly if the situation is not cleaned up.

"We would really like our park back," said Mars.