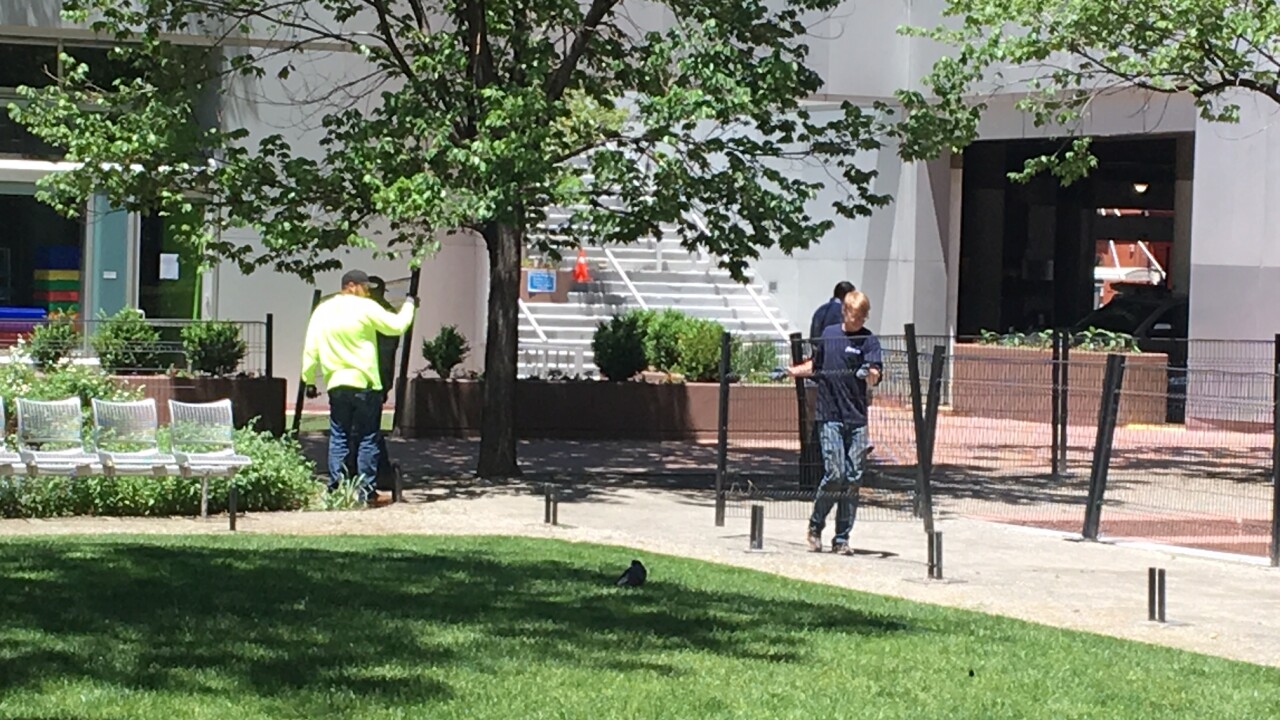 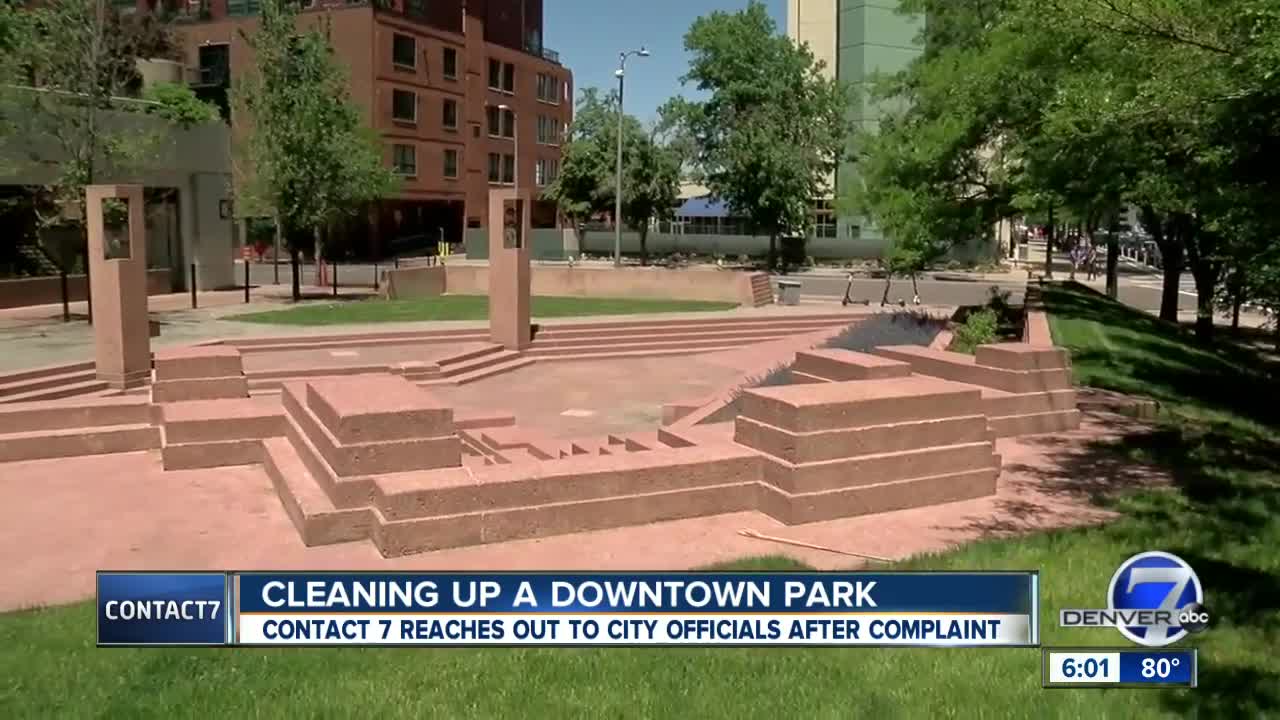 DENVER -- A park located in the heart of downtown Denver was closed off to the public for more than a year but that changed after Contact7 started asking questions.

Denver7 followed up on a promise made to residents last October about a fence surrounding Skyline Park. At the time, Denver Parks and Recreation officials said the fence would be coming down soon. It was still up Thursday morning, about eight months after that initial story.

During that interview, the Deputy Director of Parks and Recreation said he decided to put the fence up after his staff found numerous needles and a syringe full of heroin. According to the department, the fence went up in late 2017.

"I moved in, the fence was up, so it’s been up since I moved in towards the end of October, and yeah it just hasn’t done anything since then," said Ned Hamilton who lives downtown and loves going to the nearby dog park.

Hamilton and others wondered if the fence would ever come down so Contact7 reached out to city officials Thursday morning to ask for an update. The area is expected to see a lot of foot traffic over the summer, especially with the opening of a beer garden near the 16th Street Mall section of the park.

Within three hours of a call to the city, the fence started coming down. Officials with the parks department said they were already planning to remove it.

"We were looking to get it down in conjunction with the beer garden so it just happened to be today," said Bill Nuanes, Assistant Director of Parks.

Even though the fence is down, the city is still working on a plan for the park's future. Nuanes said the city is working with the Downtown Denver Partnership to come up with ideas to activate the space.

"There were some conversations and discussions (of) maybe having a food truck here, the possibility of having other activities right now, that’s on hold. We haven’t kind of buttoned that up and come to a decision on that yet. In the meantime, we’re continuing to look for other ways to have the folks enjoy the park," said Nuanes.

He said the department is working hard to make sure the park will stay clean and safe. An overnight team made up of three people will patrol downtown parks doing maintenance work like picking up trash and power washing. He said they will also focus on making sure no one is in the park after it closes for the night.