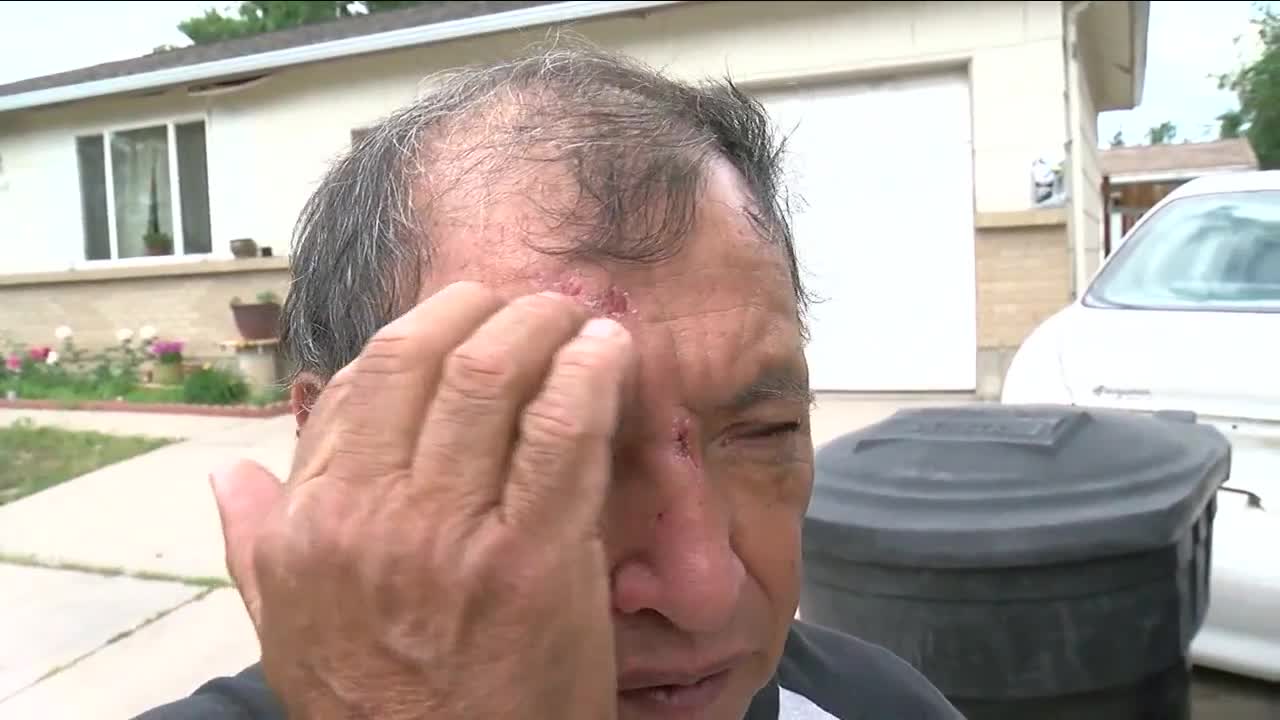 He was beaten unconscious and robbed while finishing up work on a recent day. 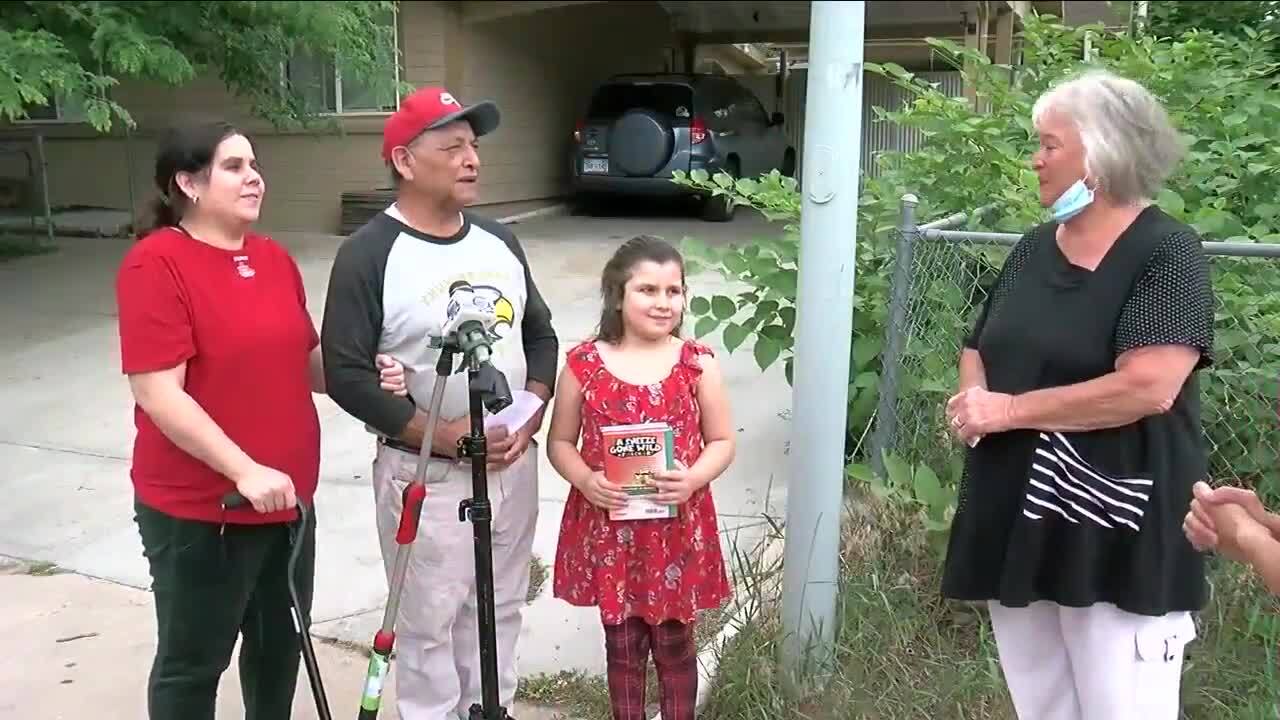 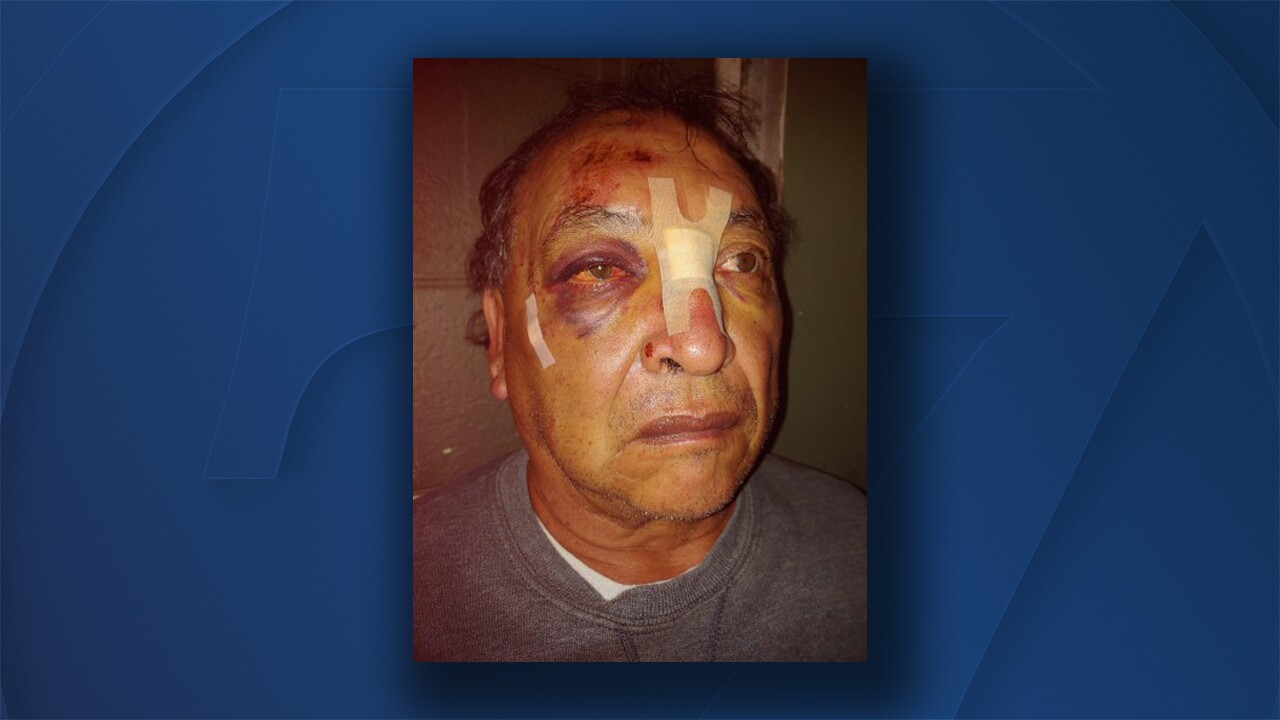 DENVER — The community pulled together thousands of dollars to help a paleta man after he was beaten unconscious earlier this month.

Antonio Ramirez-Chavez, 64, was beaten on Thursday, June 11 by several suspects after selling paletas (Mexican-style popsicles) and snacks from his cart. The thieves assaulted Chavez and robbed him, taking off with $65.

Denver7 shared Chavez's story on Tuesday and it was shared thousands of times on social media and donations poured in.

Wendy Bruner and her husband Jeffrey Bruner said they watched Chavez's story on Denver7 and were moved to donate $400 of their stimulus check, plus an additional donation from their son. They donate $600 to Chavez and his family. Bruner's grandchildren also gave two books to Chavez's daughter.

"I just felt that there was just such a horrible thing to happen to someone," Bruner said. "It's just so nice to be able to help somebody that was down and out."

In less than 24 hours, more than $45,000 was raised on a GoFundMe to help Chavez pay for surgery from the assault and cover family expenses. Denver7 has verified that the GoFundMe benefits Chavez.

Chavez's coworkers pitched in and donated $400 and employees at the Denver mayor's officer pulled together $500 in donations. Denver Police Officer Mona Barraza, from District 5, helped Chavez file his police report. She says she was compelled to help Chavez and donated $70 from her pocket. Several other officers also pitched in to give him $100.

"What I saw was just unbelievable," Barraza said. "His right eye was so swollen he really couldn't see out of his eye. His nose looked like it was definitely shattered. There is a lot of negativity going on right now with police officers, but I want everybody to know and see we are just normal people who are here and took this job to help others."

Chavez is undocumented and says he was afraid to come forward and report his case, but he says his perception of police has changed. He adds that officers showed him compassion and he no longer fears them, and understand they are here to help.

He is now encouraging other undocumented immigrants living in Denver to make their voices heard if they are victims of a crime.

"This was such a senseless act of violence to have happened, especially in the time of COVID while he was out there just trying to feed his family. His story really got me. It hit a soft spot for me. I felt like I could do more, and I should do more," Buff wrote in a statement.

Chavez broke down in tears when Denver7 informed him Contact7 Gives would pay for his rent in July, thanks to donations from Denver7 viewers.

The black and blue bruises that cover Chavez's face will heal with time, but he says he will carry in his heart the acts of kindness he received forever.

The suspects involved in the assault of Chavez have not been arrested and a description of them is not yet available. Anyone with information is asked to contact Metro Denver Crime Stoppers at 720-913-7867.