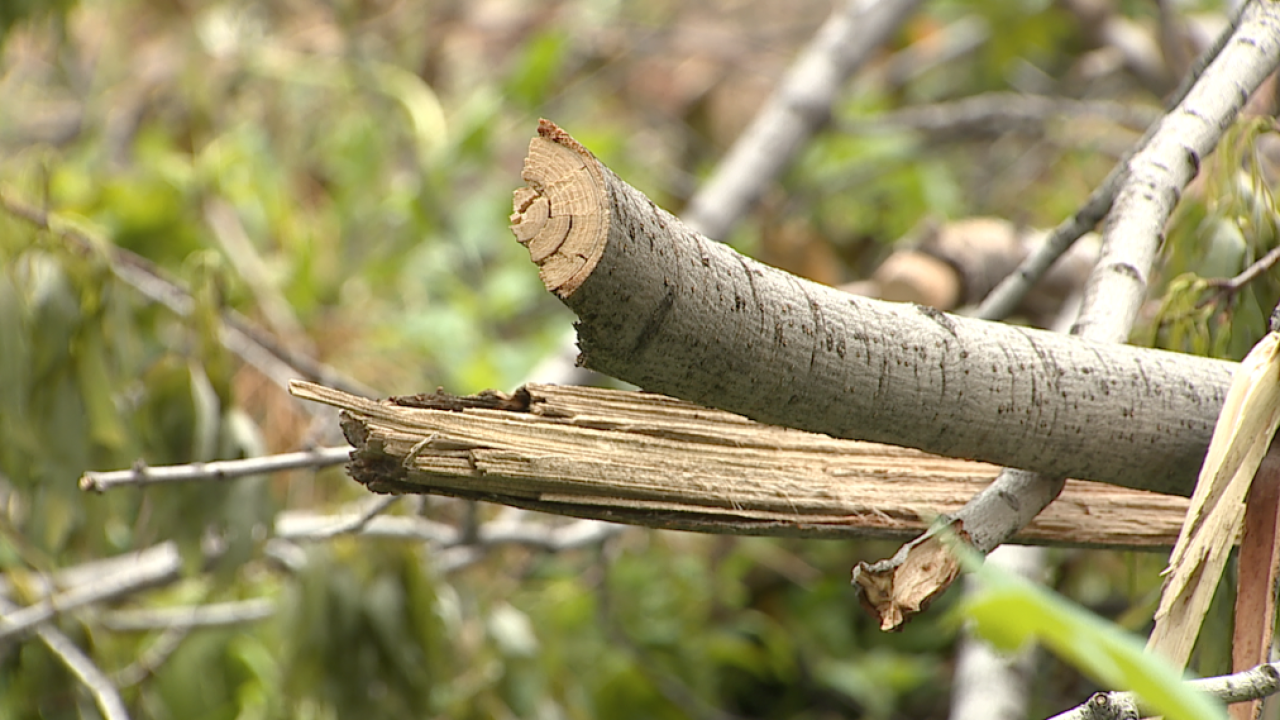 Homeowners across the Denver Metro area are in cleanup mode after a Spring snowstorm last week and hail storm this week. For many property owners, that means getting rid of branches that have fallen off of trees on their property. 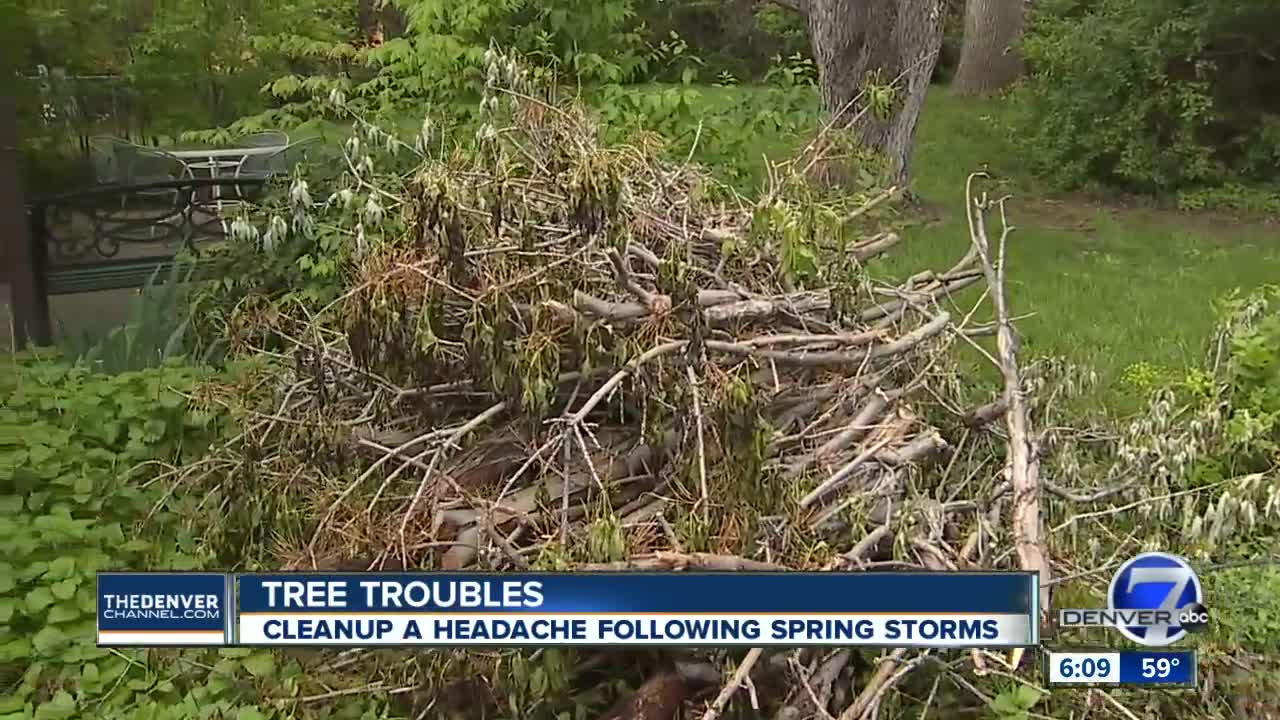 DENVER -- Homeowners across the Denver Metro area are in cleanup mode after a spring snowstorm last week and hail storm this week. For many property owners, that means getting rid of branches that have fallen off of trees on their property.

“As people can attest, this is probably one of the wettest springs we’ve had in many years,” said homeowner Jerry Shustrin.

He lives in the Washington Virginia Vale neighborhood and says his home’s claim to fame is having one of the largest ash trees in Denver.

“We’ve got silver maples, we’ve got a huge ash back here and it takes a lot of maintenance to keep these trees in check so to speak,” Shushrin said.

“It was the middle of the night, I believe it was Tuesday and all of a sudden, I heard this crash and it literally shook the house,” he said.

The limb was about 15 feet long by Shustrin’s estimate and, when it fell, it was so heavy it left a hole several inches deep in his yard.

So, Shustrin cut it down into smaller pieces and tried to get rid of it. However, he discovered that getting rid of big branches is not as easy as he had hoped.

The city and county of Denver has three ways for homeowners to dispose of their tree branches. The first way is to cut it up into small pieces and put it in their trash bin.

However, the interim director of Denver’s Solid Waste Management program, Charlotte Pitt, says the lids of those bins need to be able to close, so homeowners shouldn’t try to overstuff the bins. These branches end up in the landfill.

The second way people can get rid of the tree branches is to take them to the Cherry Creek Recycling Drop-off Center. There is no limit on the number of branches that can be dropped off there. The reason the city prefers this method is because all of the branches that are dropped off here are composted, so it is more environmentally friendly.

“The branches are actually sent to a composting facility and turned in to valuable soil,” Pitt said.

The third way homeowners can get rid of the branches is to chop them up, bundle them up and then wait for the city’s extra trash collection day that happens once a month. Those limbs also end up in a landfill.

“You do have to put them down so that they are no longer than four feet in length and four inches in diameter. Those are the largest we can accept,” Pitt said.

“Here is my contention with that, and it goes back historically in Denver, we used to get it every week and then a number of years ago, they moved it to every two weeks and then they went ahead and moved it to every four weeks,” Shustrin said. “They’re putting all of the onus on us.”

The number of extra trash pickups have changed over the years based on the budget, according to Pitt. In 2009, the service was offered every five weeks. During the Great Recession, extra trash service was decreased to every nine weeks, but it went up once the economy recovered.

In 2015, the extra service days were increased to once every six weeks. The following year, Denver Public Works started offering the service once a month.

There is also a limit on the number of bundles homeowners can put out per pickup. The limit is 10 bundles or trash bags per extra pickup.

“To do this every four weeks this will probably take me a couple of months to get rid of,” Shustrin said. “I would just like to see Denver Public Works address the needs of the Denver homeowner and the Denver property taxpayers.”

The limit on the number of bundles is meant to ensure that there’s enough room in the garbage trucks to accommodate entire neighborhoods, according to Pitt.

“Some people get frustrated with our limits for extra trash, but obviously if we collected huge piles of waste, whether it be branches or other kinds of waste from houses, we don’t actually get done in the day. So, we do have to limit what’s acceptable for extra trash,” she said.

Despite this limit, Pitt believes that the amount of extra trash the city accepts is more generous than some other municipalities.

When there are bad storms, the city will take steps to try to help homeowners get rid of those branches. This weekend after Monday’s snowstorm, the Cherry Creek recycling location extended the hours for homeowners to drop off their branches.

On rare occasions, the city might choose to send extra garage trucks to areas after particularly bad storms to collect tree limbs, however that hasn’t happened in years.

“I don’t think that the storm we saw last week really warrants that, but we do keep an eye on it and, when additional services are needed, we do our best with the resources we have,” Pitt said.