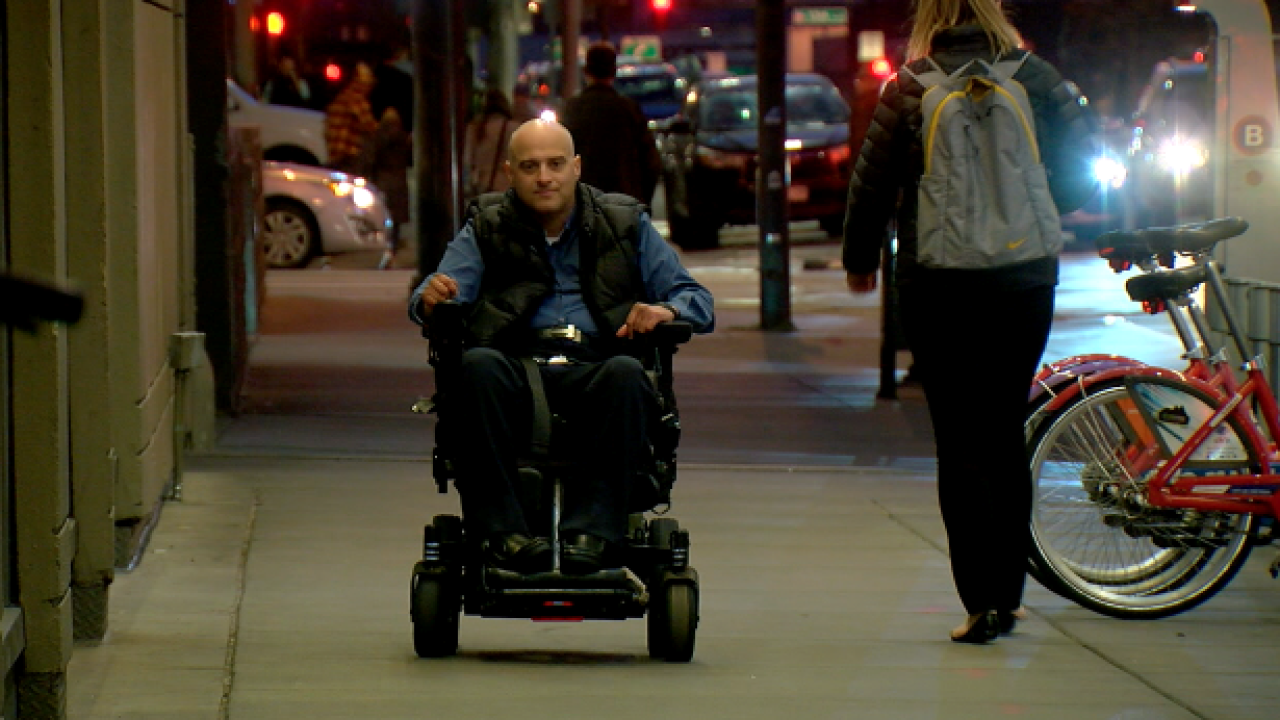 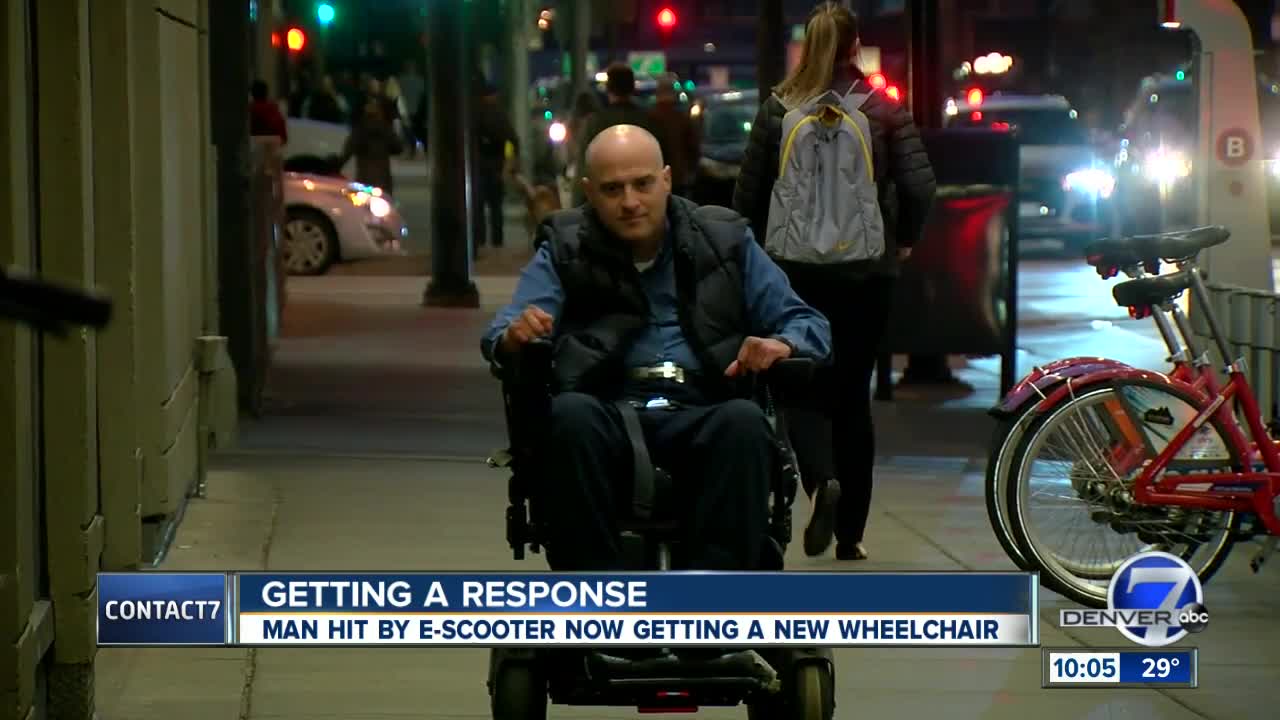 DENVER — Getting around has been much harder for Ed Neyra, who uses a wheelchair, since his crash last month. His front right wheel wobbles, his left tire is bald, and he has difficulty keeping the chair straight. Neyra says these problems are getting worse each day, and that terrifies him.

"I'll be stuck in bed at that point once this thing quits operating," Neyra explains.

Video shows Neyra crossing the street at the Denver Pavillions when a man riding an e-scooter hits him. The rider stopped only for a second and then took off. Since that day in early October, Neyra has been trying to get his wheelchair replaced, but the company that makes the chair gave him a surprise bill.

"They gave me quotes for replacing my chair, which was double what the chair originally cost," Neyra said.

"They weren't answering me until basically, I reached out to you guys, and now I'm starting to get a response," he said.

Denver7 reached out to the company for answers. They told us, "the quotes provided were provided at billed charges in error."

"It's working now because of the effort you guys made. Otherwise, I'd still be stuck with a $60,000 bill," Neyra said.

Neyra said it would take several months to get a replacement chair.

He did file a police report for the e-scooter rider who hit him. No arrests have been made.