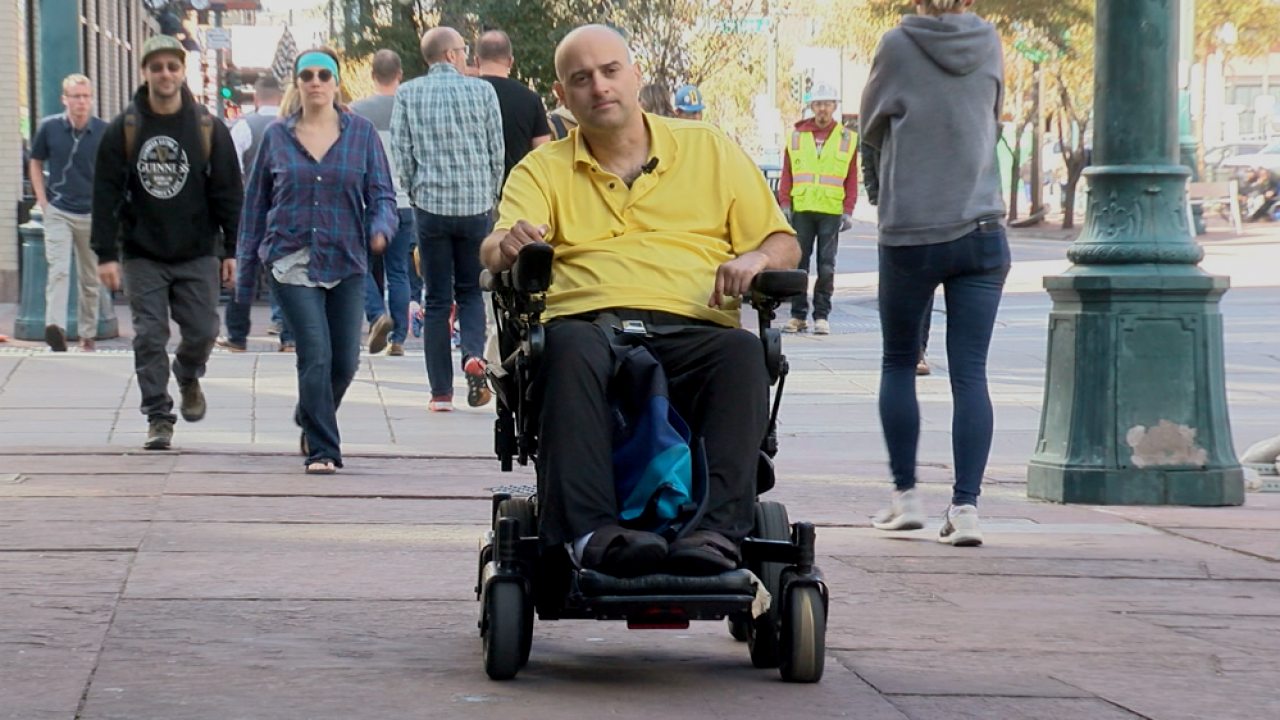 Denver man says a scooter, on the sidewalk, slammed into his wheelchair 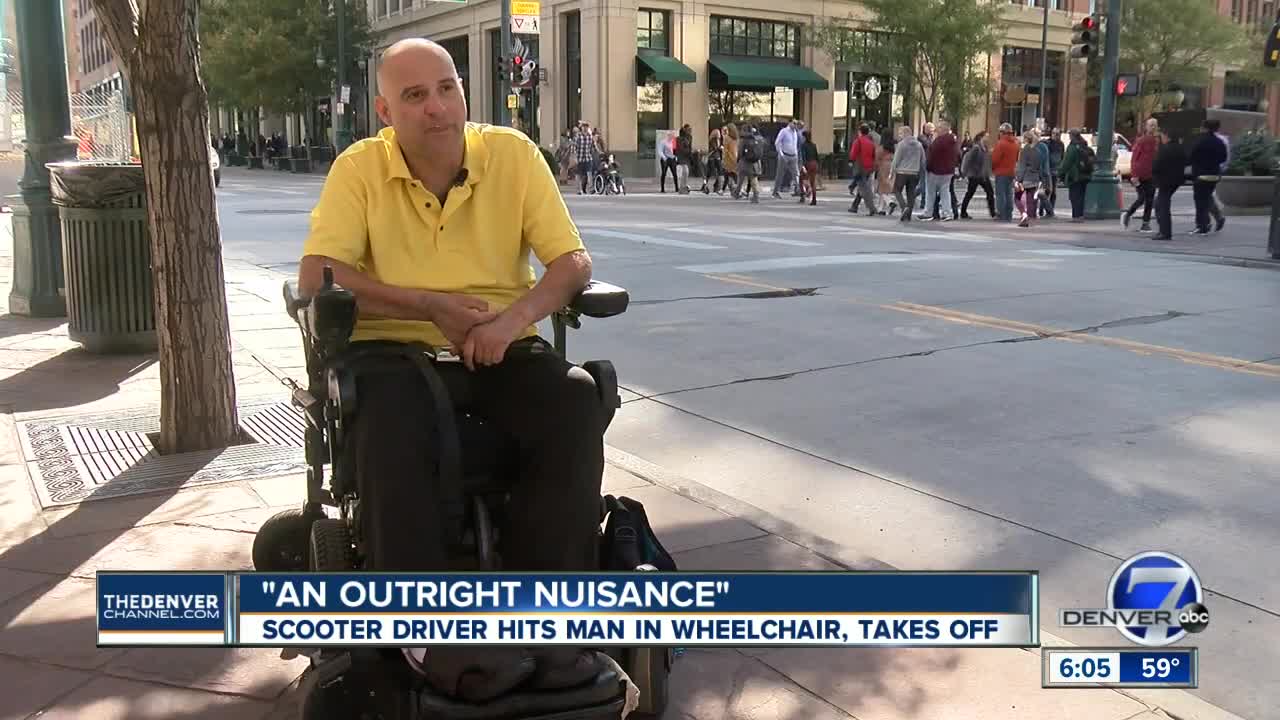 DENVER -- Ed Neyra relies on Denver's sidewalks to get around. He's used to weaving through people, but says scooters have created a new obstacle.

"If I don't have my chair, I'm stuck in bed," said Neyra. "It's a nuisance, it's an outright nuisance and the city's not doing enough to correct it."

More than nuisance, Neyra is now dealing with a badly damaged wheelchair after he said a scooter rider slammed into him earlier this month.

"The moment I started driving the chair it wasn't right," he said. "The machine pulls left. I have to constantly correct for it."

The crash happened on Oct. 6 not far from the Denver Pavilions on the 16th Street Mall, and Neyra said the scooter was on the sidewalk and documented the incident with Denver police.

"It was this guy on the scooter, and he looks at me and goes, 'Oh!' and just kind of had this bewildered look on his face," he explained.

City rules ban scooters on sidewalks in Denver and on the 16th Street Mall. Signs warn users not to ride on the mall, but Denver7 still caught plenty of rule breakers on Tuesday.

Denver police said they are still educating people on the new rules city council passed in August and, at this point, are not writing tickets for scooters found riding on the sidewalk.

"I'd like to know why the city still lets them permit and operate when they're not willing to follow the rules the city set up," said Neyra.

What's worse, he said, is the guy on the scooter took off after running into him.

"This person that hit me is not accountable for his actions, and I'm left with the bill right now," said Neyra.

Neyra shared a photo with Denver7 of the person he said is responsible. He obtained it from a nearby businesses surveillance camera. The image clearly shows the shooter rider on the sidewalk.

There is video of the crash, but police have not released it.

"They don't drive with any respect," he said.

Neyra wants accountability for the scooter craze taking over Denver.

"Hopefully, get an effective change made. I don't know how else to bring attention to this problem," he said.