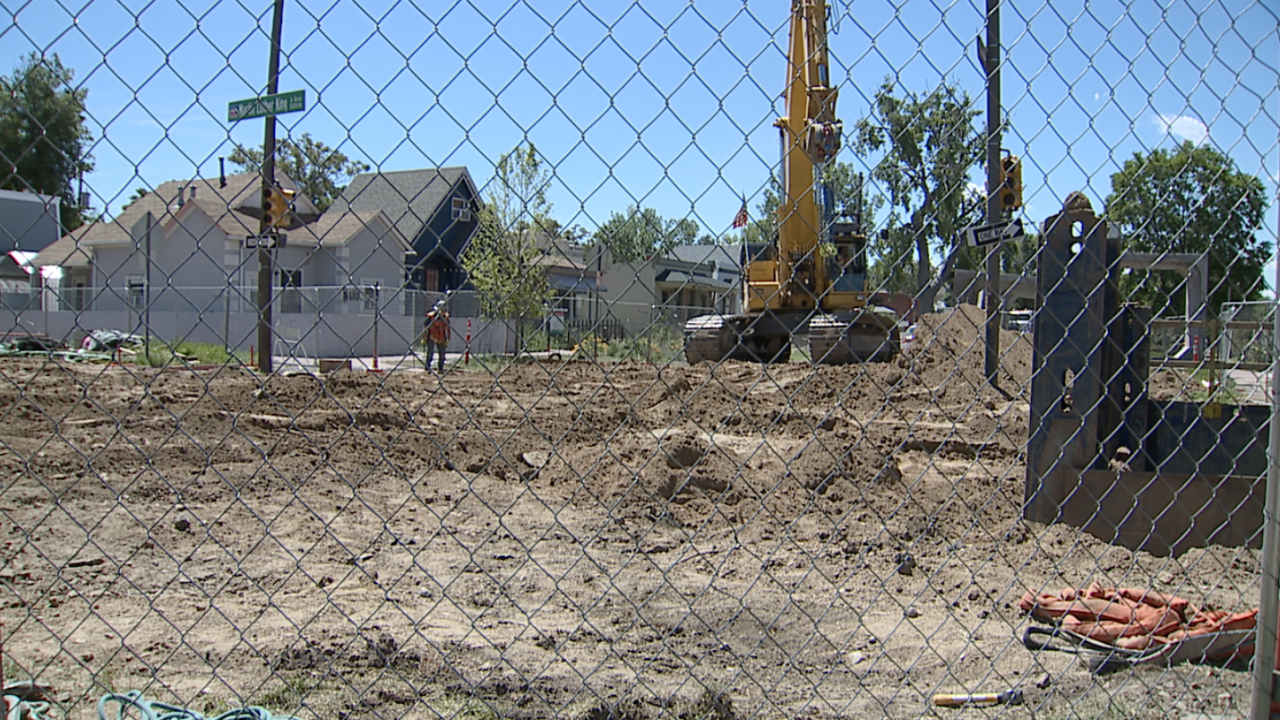 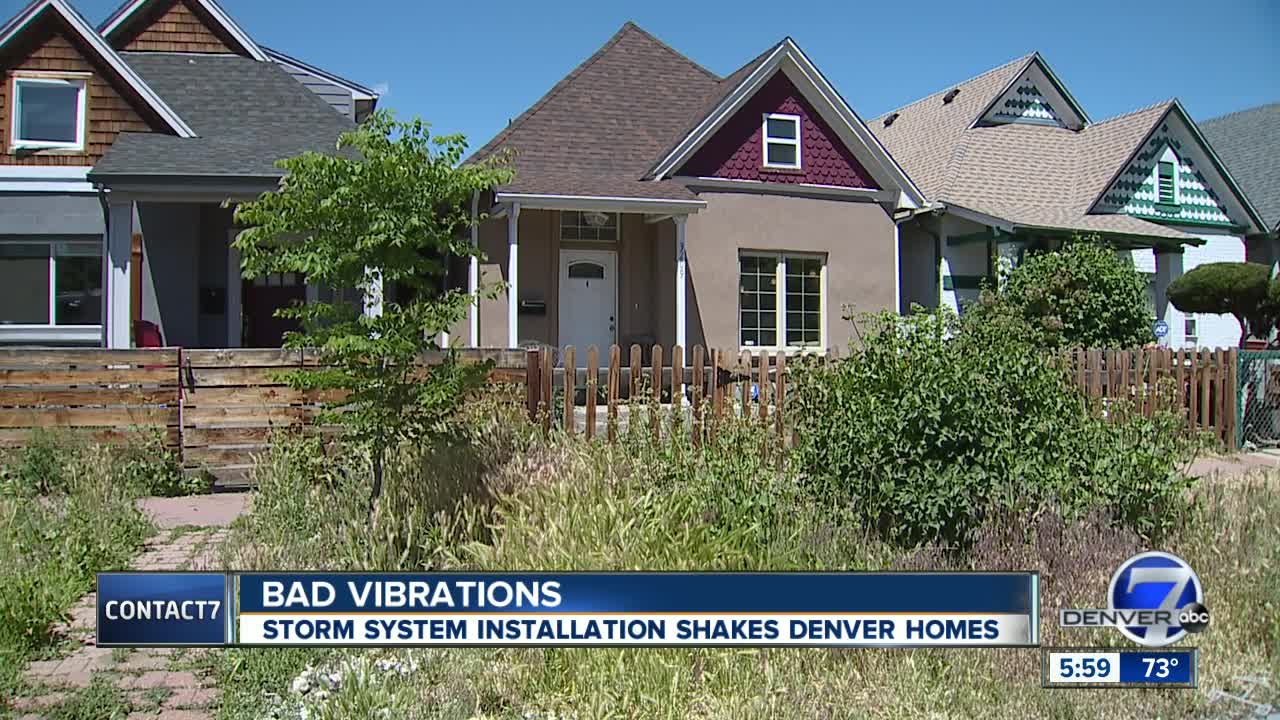 DENVER -- Daev Brown is at a crossroads, literally.

As well as figuratively.

"I haven't had a structural engineer come out yet, I'm scared to do it because I'm scared of what I'm going to find out about," Brown said.

He wants to hire an expert to inspect his foundation because of the violent vibrations his community is experiencing from nearby construction at Martin Luther King Blvd. and Marion St.

"It feels like an extended earthquake throughout the day, all day sometimes," explained Brown.

He captured video of the shaking last week, and Denver Public Works said it stopped the work causing the vibrations on Monday.

The city is installing a massive new underground storm water system in the Cole neighborhood -- an older neighborhood with older infrastructure that has historically been prone to flooding.

"When you do that type of work it is a huge undertaking," Burke said.

For Brown, with cracks already popping up in his dry wall, he's more concerned about the long-term damage to his aging brick foundation.

"I got to imagine there's starting to be some damage in the foundation that I can't even see," he said.

Burke said the contractor is who would be liable for any damage homeowners have experienced and those with issues should file a complaint directly with the company.

The city is also holding a public meeting to hear from concerned residents Wednesday at 6 p.m. at Liberati Denver, 2403 Champa St, Denver, CO 80205.

Burke said the storm water work is supposed to be completed in September, but could be delayed depending on the fix.