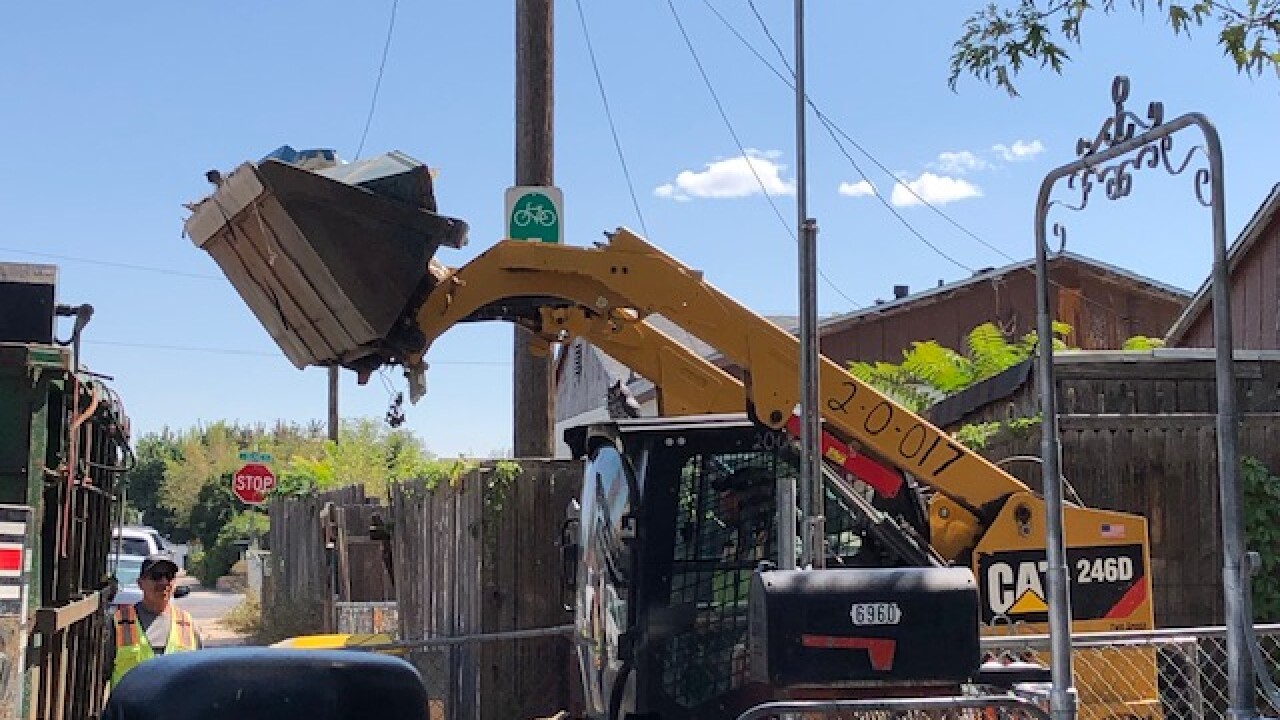 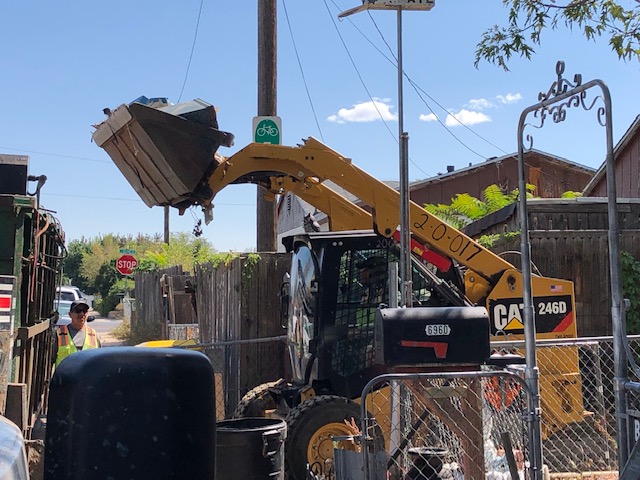 COMMERCE CITY, Colo. -- After months of complaints from neighbors, and a few questions from Contact7, an eyesore property in Commerce City is finally getting cleaned up.

Both front and back yards of the property, near East 60th Place and Olive Street, were filled with two decades worth of collectibles and junk accumulated by Timothy Smith.

Among Smith's collection, a mailbox atop a 20 foot pole, with the words "air mail" in fading letters.

"He was a hoarder," said Sharyl Winter, Smith's longtime partner, "and anytime he was around a group of people he had to be the center of attention."

Smith died of cancer in July of 2017. Winter said she struggled to maintain the property after Smith died. She said he had taken out a reverse mortgage on the property.

"I thought I was going to be here until the day I died," she said.

But that wasn't to be.

Earlier this year, she learned about a water leak in the crawl space that led to some black mold.

"I called a company and had them check it out," she said. "They said the house was uninhabitable for animals or humans."

So Winter moved out.

Some other people apparently moved in, helping themselves to things that belonged to her.

"I had a porcelain doll collection that disappeared," she said.

Over the summer, grass and weeds grew around the myriad of items in both the front and back yards.

Neighbors began to complain about rodents and people showing up with grocery carts.

One neighbor, who asked to remain anonymous, told Contact7 the property was becoming a hazard.

"Let's just say if someone gets in there and starts cooking drugs, now you have a hazmat situation in our neighborhood, which is a hazard to all of us," he said.

"I can't confirm what kind of activity was taking place," said Jodi Hardee, Commerce City's Community Relations Manager. "We absolutely understand that this has been a public health & safety issue. It's been an ongoing challenge for us."

Hardee said Commerce City had worked with Smith to bring the property up to code in the past, and then he died.

She said they had trouble tracking down Ms. Winter after she moved out of the house. Winter told Contact7 she had been staying with various friends.

Once Code Enforcement was able to make contact with Ms. Winter, they worked out an agreement to get the property cleaned up.

Winter told Contact7 that one of Smith's favorite items was a swordfish that he caught as a 12-year-old.

"He told his dad he wanted to go fishing on a big boat," she said. "He said he figured he was going to catch a little flounder or something like that, and he pulled in this sucker."

The big fish is still hanging on her bedroom wall.

Winter said once the clean up job is finished, she'd consider selling the property to a neighbor, who has expressed interest.

There are resources available to help some homeowners who are struggling to maintain property.

"We offer a paint-a-thon program for elderly and disabled homeowners," Hardee said. "It will help give them a fresh coat of paint on their homes."

Hardee said there is also a weatherization program and minor "home repair" program, which offers up to $7,500 for income-qualified residents.

Click on this link to learn more about those programs.