Customers of a Thornton consignment store that closed abruptly last year say they were never paid for the jewelry they trusted the shop to sell on their behalf.

Editor's note: Contact7 seeks out audience tips and feedback to help people in need, resolve problems and hold the powerful accountable. If you know of a community need our call center could address, or have a story idea for our investigative team to pursue, please email us at contact7@thedenverchannel.com. Find more Contact7 stories here.

THORNTON, Colo. -- Customers of a Thornton consignment store that closed abruptly last year say they were never paid for the jewelry they trusted the shop to sell on their behalf.

She stopped by the store on East 120th Ave. at Colorado Blvd. last September to get an update on her ring and found a sign on the door indicating the shop was permanently closed after a series of robberies. 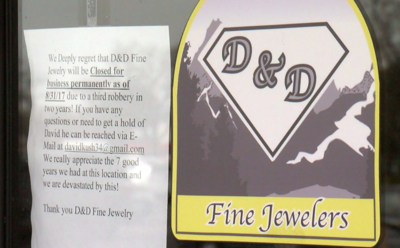 "We're talking a few thousand dollars,” Mudd said. “Enough that someone like me could really use the money."

She reached out to Kushnir, who told her the ring had been sold and he would get the money to her soon. Then, she says, the excuses began.

Rob Lee also emailed Contact7 with a similar story. He too gave D&D Fine Jewelers several jewelry items to sell for him on consignment. He too says he experienced a long line of excuses from Kushnir while seeking payment for the jewelry after the store closed down.

"He said his brother got killed in a car accident. A drunk driver had killed his brother and ran him over while walking across the street,” Lee said.

Weeks went by without any answers and Lee began to get suspicious. He couldn’t find any obituaries online or news reports about a man named Kushnir being killed by a drunk driver. He looked at David’s Facebook page, figured out his brother’s name, found an office number for the brother, and gave him a call.

“I contacted his brother. He answered the phone by his name, and my first instinct was, 'You're alive. It's amazing,’” Lee said.

Tracking the jeweler down

Both Mudd and Lee took Kushnir to small claims court and won default judgments because Kushnir did not show up to court. But they were both unable to serve him with follow-up paperwork needed to garnish his wages at any of the addresses listed for him in public records.

The Contact7 team tried to reach Kushnir, calling several times over the course of several months, emailing, and knocking on doors of his recent addresses.

Having no success, Contact7 tried another route. The team brought a photo of Kushnir to the 16th Street Mall, where sheriff’s deputies had once successfully served him with paperwork for Mudd’s small claims court lawsuit.

Someone recognized the man in the photo as an employee at a nearby jewelry shop. But when Contact7 visited the shop, Kushnir would not come out to answer any questions and left out a back door.

Contact7 had more success on our second attempt, waiting for Kushnir to come to work one morning and riding with him to his new office in the elevator to ask questions.

“I was robbed three times in two years. Ask the Thornton Police Department," Kushnir said. “I don’t see you guys doing any sort of investigation on that.”

“Did you have insurance to cover that stuff?” Contact7 investigative reporter Jace Larson asked Kushnir.

“And after that?” Larson asked.

“Yeah. No. But there was no other issues. So…” Kushnir said before walking away.

Kushnir did not respond when asked if his customers would ever be paid back.

Thornton police records reveal there were in fact multiple reports of thefts at D&D Fine Jewelry between 2015 and 2017:

Police reports also revealed something else. In the months before D&D shut down, two customers filed police reports saying their jewelry may have been altered – with the expensive parts switched for cheaper imitations. 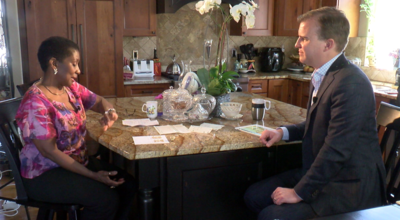 In May, Agnus Baker told police she brought her Rolex in for repairs but when she got it back it wasn’t working correctly and looked different.

"I got out this place and I'm looking at my watch and there is something wrong, it wasn't working," Baker said.

When she took the watch to another jeweler, the jeweler said the mechanisms inside were cheap Chinese parts, the police report says. Baker said the date display on the front of the watch was gold before the repair and white after she received the watch back from D&D. 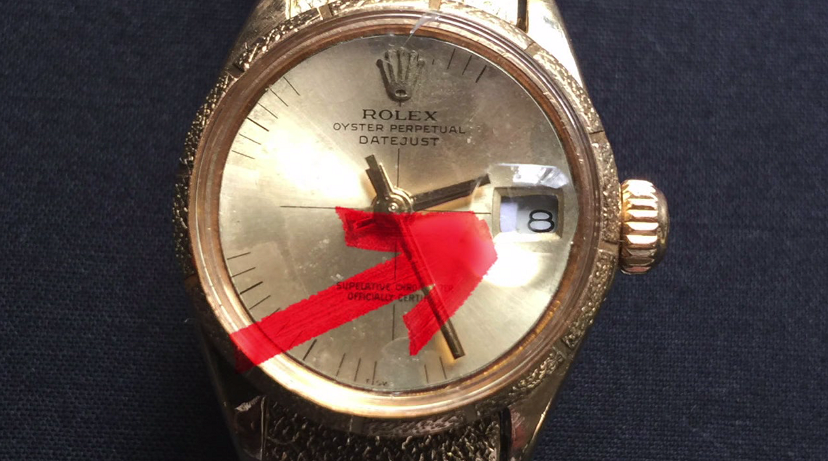 "It's heartbreaking that somebody would rip you off like that because I feel ripped off and I'm not the only person," Baker said.

Baker also said she paid Kushnir to turn a treasured gold bracelet into a pair of custom earrings. When she received the earrings she discovered the “gold” could be scratched off. She believes she was given pewter earrings that were sprayed gold.

"I trust people. I always think that they are telling the truth first and give the benefit of the doubt. You know people like this are the ones that make it hard to keep doing that," Baker said.

In July, another customer told police he brought in a diamond ring to Kushnir for repair. An appraiser later looked at the ring and determined the stone in the ring given back to the customer was synthetic. The appraiser said the diamond did not have any of the markings on the certification letter the customer received for the stone after he purchased it.

Court records also show D&D’s landlord took Kushnir to court in May 2017 saying he was behind on rent.

Thornton police confirm they have an investigation into what happened at D&D Fine Jewelers but could not comment in detail as their investigation is still ongoing .