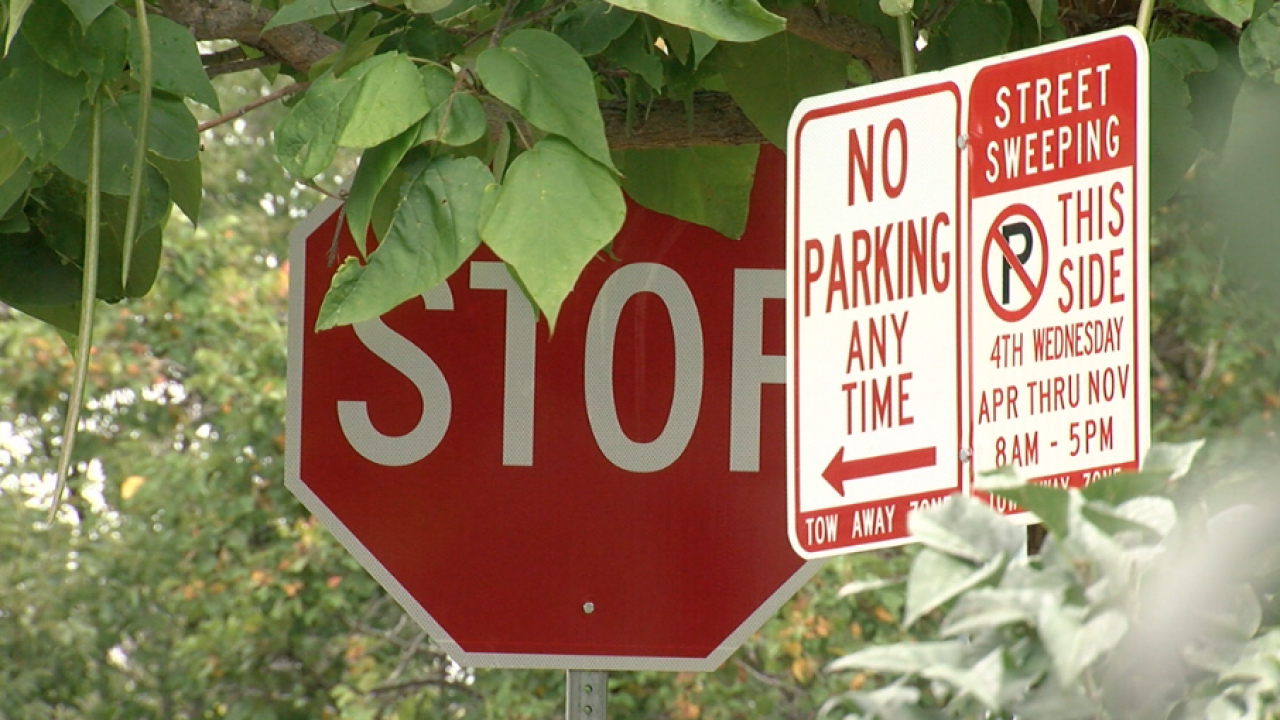 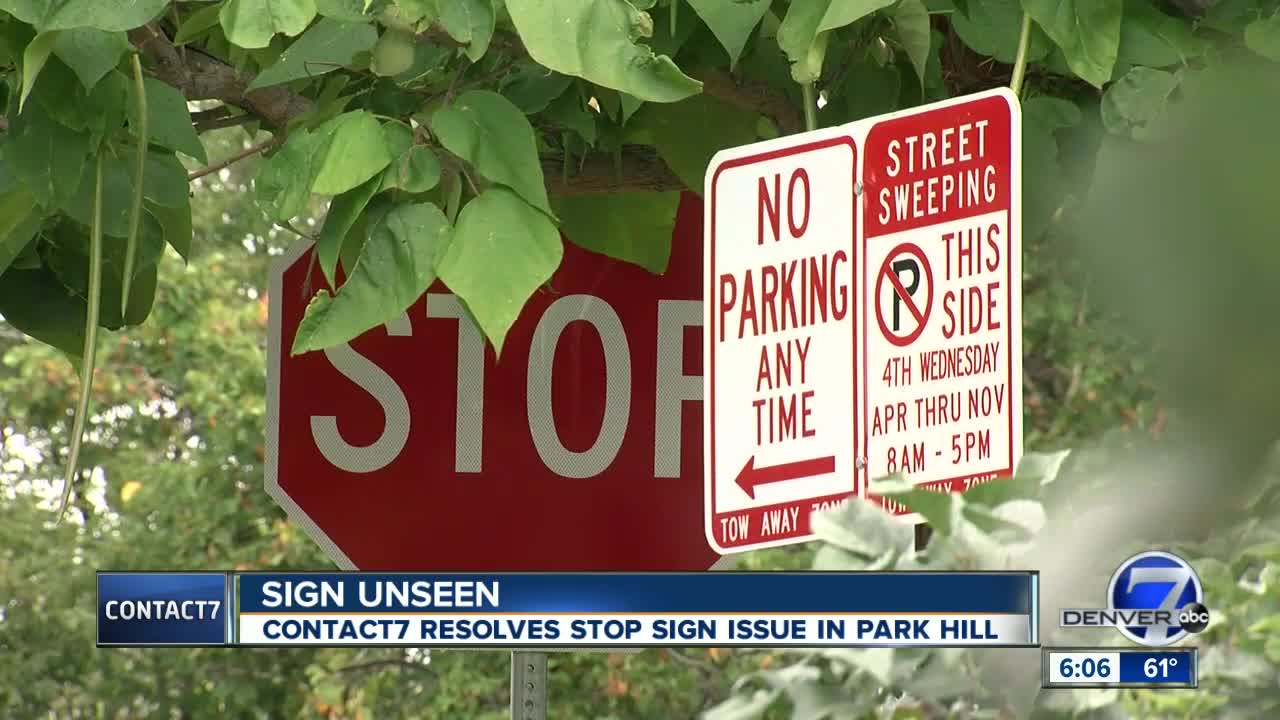 DENVER — A Park Hill man was concerned that his street’s stop sign was being covered by his tree, resulting in people not stopping. Worried about safety and without any results from the city, he called Contact7 and within an hour, the problem was fixed.

“At least two and three times every day someone would blow through the stop sign,” Torry Hughes, who lives on the corner, said about drivers passing through 28th Avenue and Ivanhoe Street.

Hughes said that his corner sidewalk was recently repaired, but crews reinstalled the stop sign at a tall height, resulting in it being partially blocked by branches from his tree. He says he would watch cars from his windows drive right through the intersection without seeing the sign.

“There’s a lot of people that walk with their babies and strollers and dogs. I was worried about someone getting broadsided and killed,” he said.

He says he called the city, but didn’t get anywhere. But an hour after calling Contact7, a crew from Denver Public Works was at his home, trimming the tree that was blocking the sign.

“Quick results, quick,” he said. “And nobody got hurt.”

That crew trimmed the tree and nearby bush, making the sign visible to passing drivers.

“You can see the stop sign. Big. Big and clear,” Hughes said.

He credits the fast work of Contact7 with fixing his problem over the course of a single morning.

“You came out immediately and got it taken care of. I got home and it’s done,” he said.

A member of the public works crew on scene tells Contact7 that if residents have problems like this, that they should call 311.