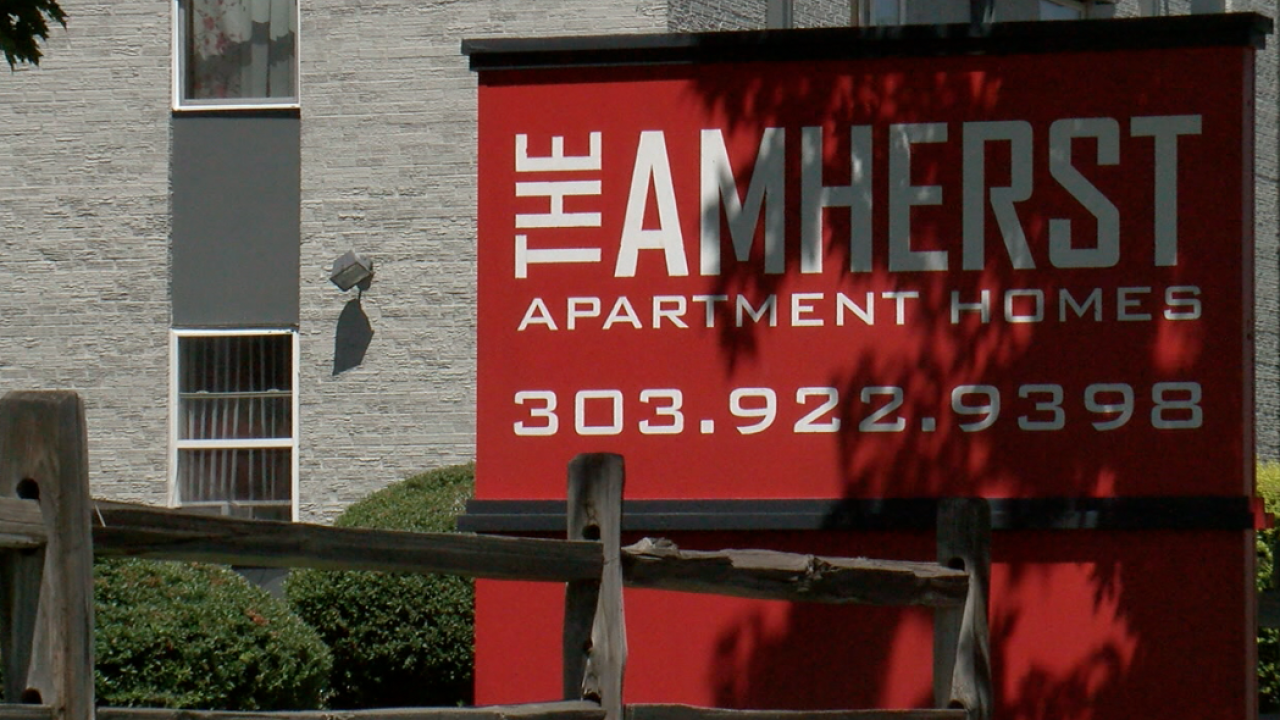 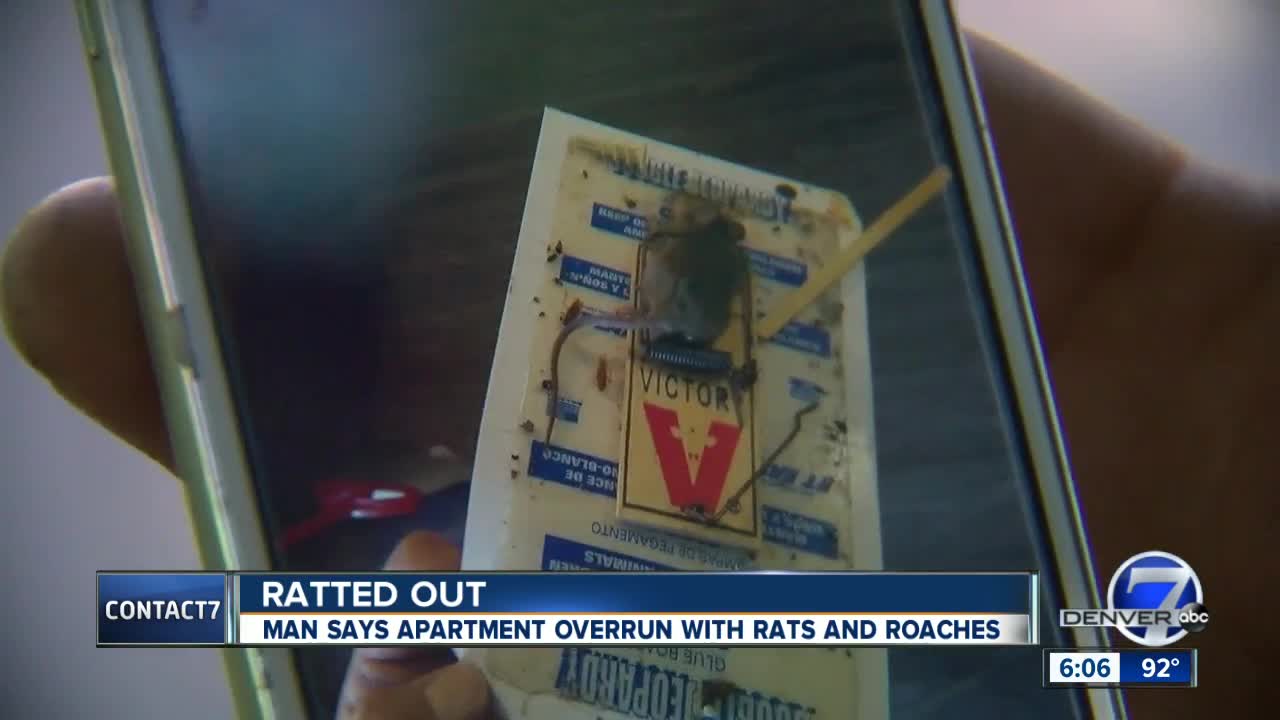 DENVER — A resident at a South Denver apartment says his family is living with an “infestation” of roaches and rodents, and he has the pictures and video to prove it.

“Disgusting” is how that resident, who didn’t want to be identified for fear of repercussions, described his living conditions to Contact7.

The apartment in question is The Amherst, a three-story apartment complex located on South Federal Boulevard and Amherst Street. The tenant says his family has to deal with multiple mice every day, and are constantly fighting against roaches.

“The first month, when I first noticed about it, I put my own traps down and I caught around 22 mice,” he said.

He showed Contact7’s Jason Gruenauer a video of a roach crawling inside a bag of rice from the family’s cupboard. And it gets worse.

“We were cooking dinner about a week ago and a roach fell off the hood vent and into the food we were cooking,” he said. “It was pretty disgusting.”

The pests are also causing problems for the man’s children.

“I have a newborn son. There was a roach in his crib,” he said. “My daughters are terrified to go to the bathroom. One daughter had to be put back into diapers. She just refuses to go into the bathroom.”

The building’s management company, BLDG Management, received the photos and claims from the tenant. The company’s president tells Denver7 he believes this is “an isolated incident,” but added that once they learn the details of the problem, they will respond “immediately and aggressively.”