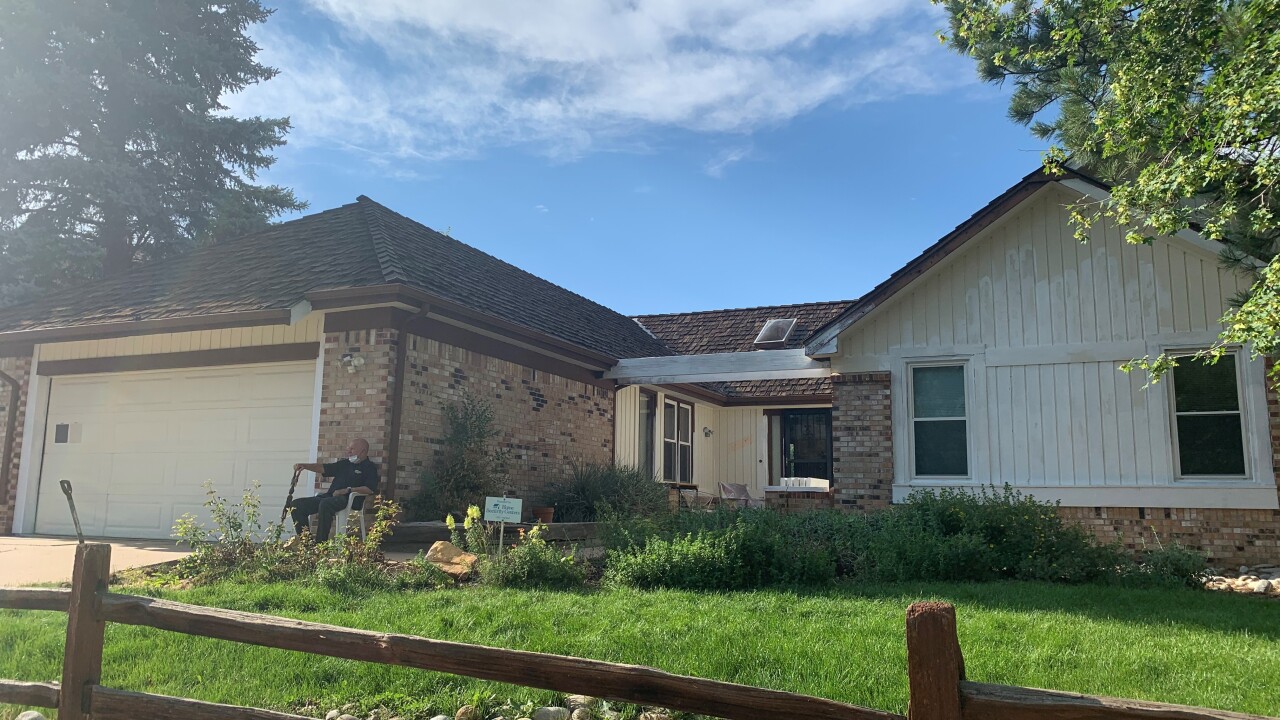 LONE TREE, Colo. – Often, those who fight for our freedom suffer in silence. And sometimes all it takes is a neighborly conversation to understand their troubles.

More than a year ago, Wes Kouns struck a conversation with Mike Pedersen over a license plate that read, “veteran,” It turns out they both served in the Vietnam War.

HOW TO HELP: To give to the Contact7 Gives Fund and to the Wes Kouns, click here.

One conversation led to many and to the understanding that Kouns had received warnings from his homeowner’s association to fix up his home. But as a disabled veteran on a budget and with health complications, Kouns said he could do every little.

Pedersen wanted to help, so he rallied up volunteers from his church in Lone Tree, The Church of Jesus Christ of Latter-day Saints, to paint Kouns home. For a few hours a day, volunteers chip away at the old paint to prepare the house for a fresh coat.

Kouns has lived in the neighborhood since 2007, and his roof is in shambles. The last time Kouns got a roofing quote, it was an estimated $24,000 to repair, too much for the Army veteran.

When Brady Martin, the owner of TSV Construction, looked at the roof, he stepped up and offered to replace it for free. Martin says he reached out to GAF, and they donated the shingles needed to give Kouns a new roof.

“I have the freedom that I have and my family does and everybody else in America because of the sacrifice that people like Doc (Kouns) have made,” Martin said.

Many call Kouns “Doc.” To Pedersen, he’s a hero. Kouns served three years in U.S. Army Special Forces as a combat medic during the Vietnam War. The memories are decades old, but Kouns still remembers soldiers who lost their lives.

“Coming on 4th of July and I’m just happy to be in America, whatever I did, I’ll do it all over again,” Kouns said.

He says he is grateful for all of the support he’s received from the community.

“There is still a bit of kindness left in the world,” Kouns said.