Woman rescue Lewis the llama after months on his own 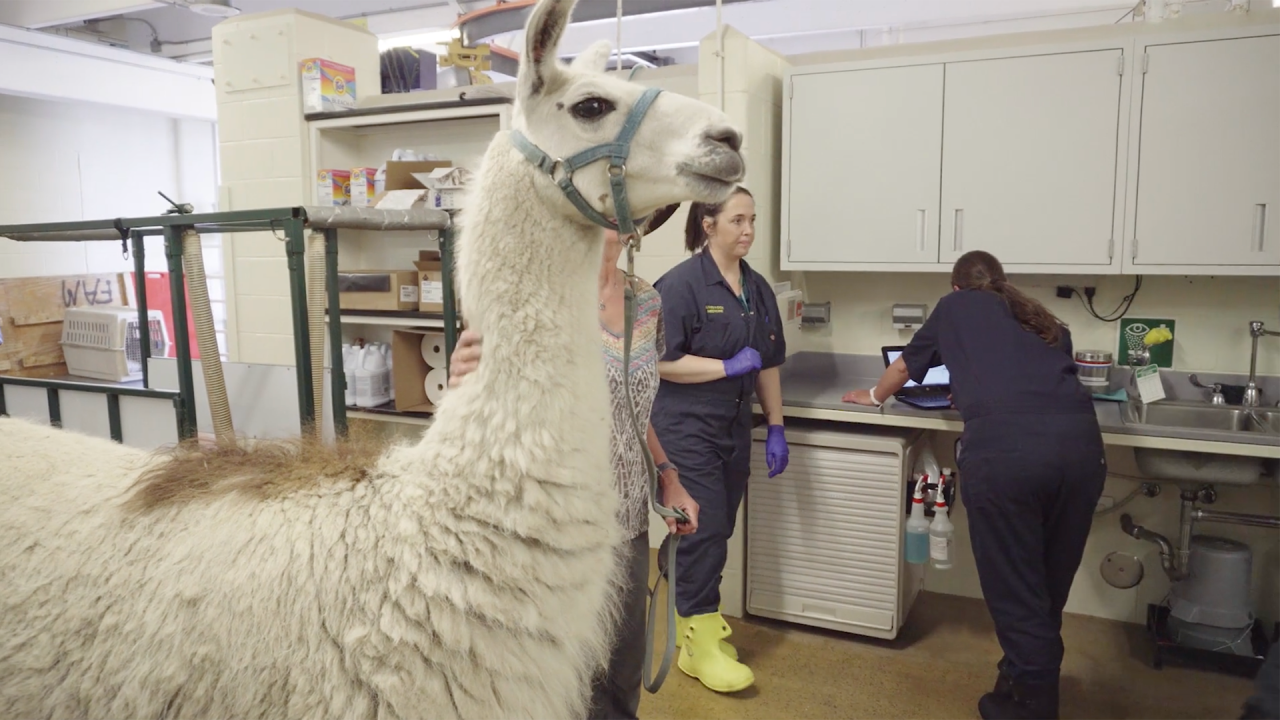 Copyright 2021 Scripps Media, Inc. All rights reserved. This material may not be published, broadcast, rewritten, or redistributed.
Courtesy CSU
Lewis the llama was at Colorado State University’s veterinary clinic on Tuesday after quite the adventure. He escaped from his pack tour of Yellowstone last year, wandered in the wilderness for months, only to be found by a Susi Huelsmeyer-Sinay, who owns a different llama company. 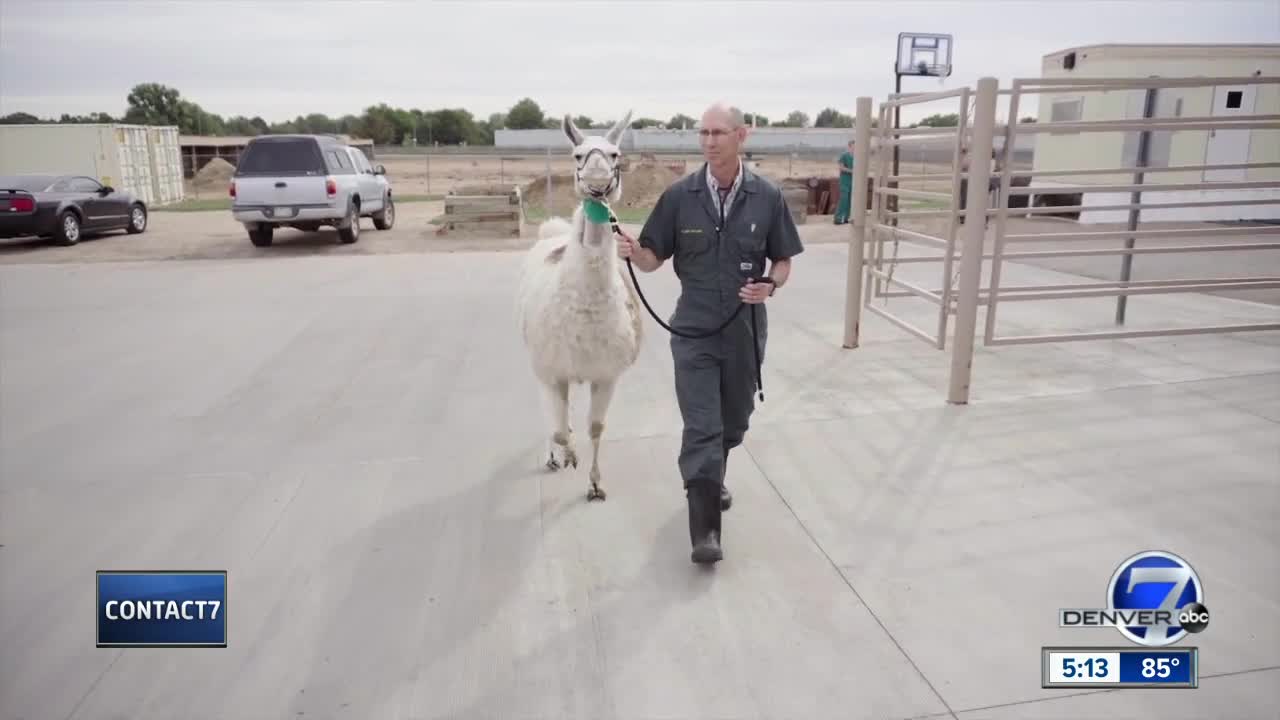 FORT COLLINS, Colo. — A llama that survived for months on its own in Yellowstone National Park still needs just a little more help – this time, paying for surgery.

Lewis the llama was at Colorado State University’s veterinary clinic on Tuesday after quite the adventure. He escaped from his pack tour of Yellowstone last year, wandered in the wilderness for months, only to be found by a Susi Huelsmeyer-Sinay, who owns a different llama company.

“I found, rescued, and adopted him,” she told Denver7.

But even after all of that, Lewis was not out of the woods just yet. A broken tooth rotted, causing pain and the formation of a hole in the animal’s jaw.

“Is it threatening his life? No, but he’s in pain and I cannot accept that,” Huelsmeyer-Sinay said.

She drove the llama 12 hours from Livingston, Mont. to Fort Collins. CSU vets performed surgery for four hours Tuesday, eventually removing three of his teeth: two of his right molars and one on the left side of his mouth, CSU said after the surgery.

The veterinarian said the molars had all been affected by periodontal disease and that the surgery went well and without complications.

“I feel that I kept my promise to Lewis that I gave to him when I rescued him, which is, ‘I will take care of you,’” the owner said.

But surgery was not cheap.

Despite fundraising of her own, Susi is still several hundred dollars short to pay for the surgery. So Contact7 Gives is now raising funds to help Lewis get back on his feet.

As for what’s next for Lewis, he will be on pain medication and antibiotics and will have staples removed in the next 10 to 14 days, CSU said. He is expected to start eating within the next 12-24 hours.

After that, he will head back to Montana to recover for the rest of the year. And if all goes well, he will be back on pack tours in Yellowstone next year.