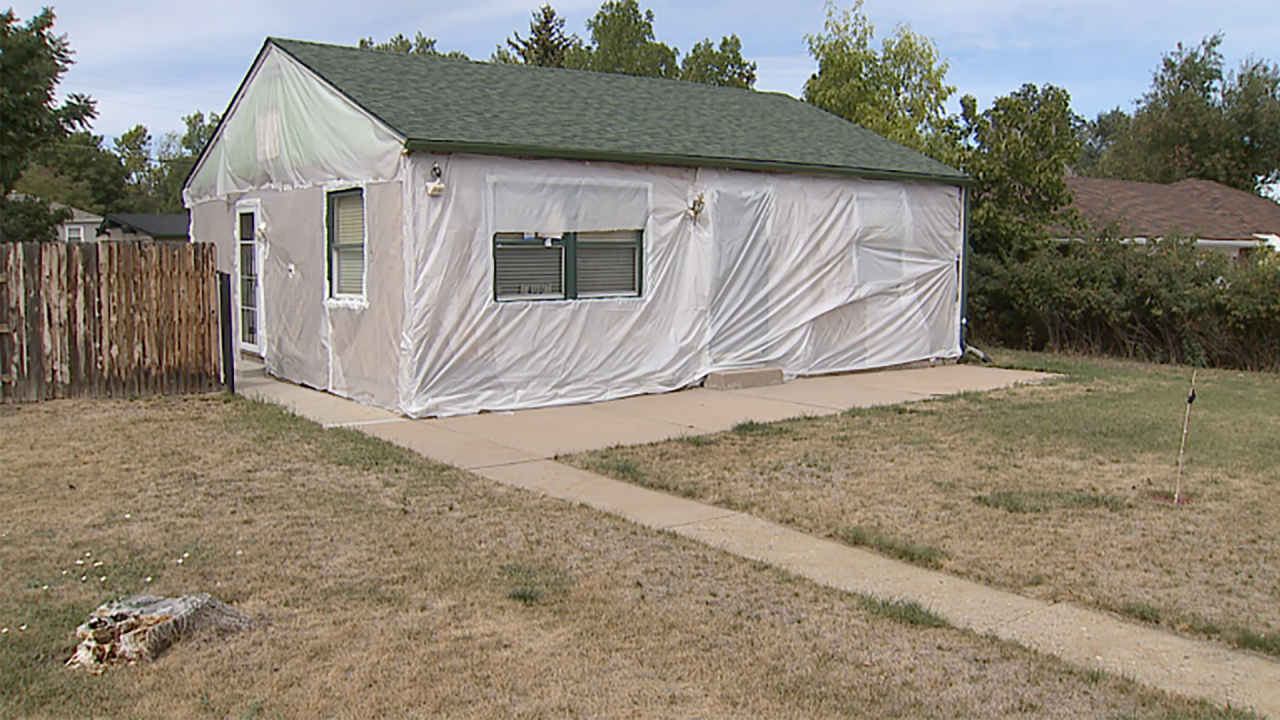 Copyright 2021 Scripps Media, Inc. All rights reserved. This material may not be published, broadcast, rewritten, or redistributed.
Denver7
Before most of us ever consider hiring a contractor, we jump online and check reviews, perhaps the Better Business Bureau. That’s good advice, most of the time. But one Lakewood homeowner appears to have done everything right and still was wronged. 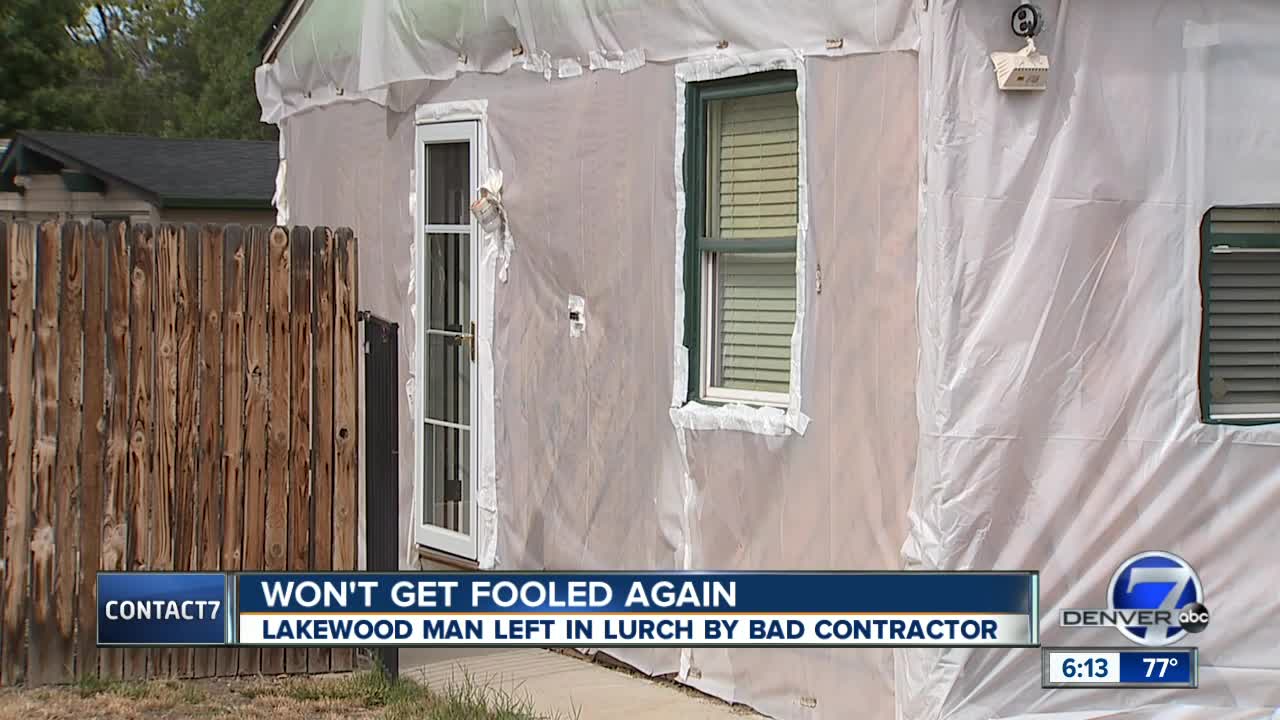 LAKEWOOD, Colo. — Before most of us ever consider hiring a contractor, we jump online and check reviews, perhaps the Better Business Bureau. That’s good advice, most of the time. But one Lakewood homeowner appears to have done everything right and still was wronged.

Daniel Evanoff is retired but says he’s now getting older much faster than he’d planned.

“Would you want to drive up and live in this? I don’t,” says Evanoff as he pointed to his home Monday — the vinyl siding removed and replaced with heavy plastic constriction wrap. “It’s not what I expected to happen.”

What happened was a hail storm back in 2017. Evanoff decided to hire a contractor who seemed to check out as reputable at nearly every level.

“I actually went through the Better Business Bureau and had three or four guys come out. All telling me the same thing. And this was the guy I chose,” he said.

He hired Mark McGoatry and his company, Grand Mountain Construction Company, based out of a post office box in Englewood. Evanoff’s homeowner’s insurance cut him a check and told him to pay the entire bill.

“They told me to take that check after several times arguing with them. ‘Take the check, go to the bank, have them cut you a check and give it to the contractor and that will cover the roofing, the siding.’”

McGoatry’s subcontractors quickly pulled the damaged siding off Evanoff’s home and stuck in a couple ill-fitting windows. Then, after not getting paid by Grand Mountain, they left the job site and left the job less than half finished. It has now been two years.

Evanoff knows he has an eyesore in the neighborhood and assumes the neighbors are getting as tired of the mess as he is.

“Nobody has come up and said anything to me,” Evanoff said Monday. “But I wouldn’t want to live next door to that. it’s bad enough I’ve got to live in it.”

Grand Mountain had and still has an “A” rating with the Better Business Bureau and has even been screened by HomeAdvisor. However, despite his business posting, he has an average rating, not the five stars claimed on the site. And HomeAdvisor says McGoatry was never considered an elite service member.

“My uncle and I have sent certified letters,” Dan said. “All of them have not been accepted yet. I’ve even put a quote in to ask for business using an alias email. No response from the business there either.”

Insult to injury is that Evanoff has already suffered through one winter.

Evanoff’s heating bills have tripled. His son, Dan, is now concerned about the approaching winter.

“If it hits winter time with this, he’s going to have to move in with us,” Dan said. “Because once those pipes go, we’ve got a whole different problem.”

Despite having insurance and despite all of Evanoff’s due diligence, the $12,000 to $14,000 repair may now be coming out of his near-empty pockets.

McGoatry did reach out to Contact7 late Monday and claims he stopped work on Evanoff’s home because the insurance payout was not enough to cover the damage, despite the adjuster’s quote, and despite the contract that Great Mountain Construction accepted to do the work. He says financial issues did force him to shut down Grand Mountain Construction.