"I have to ask for help": Veteran going through a string of bad luck needs help 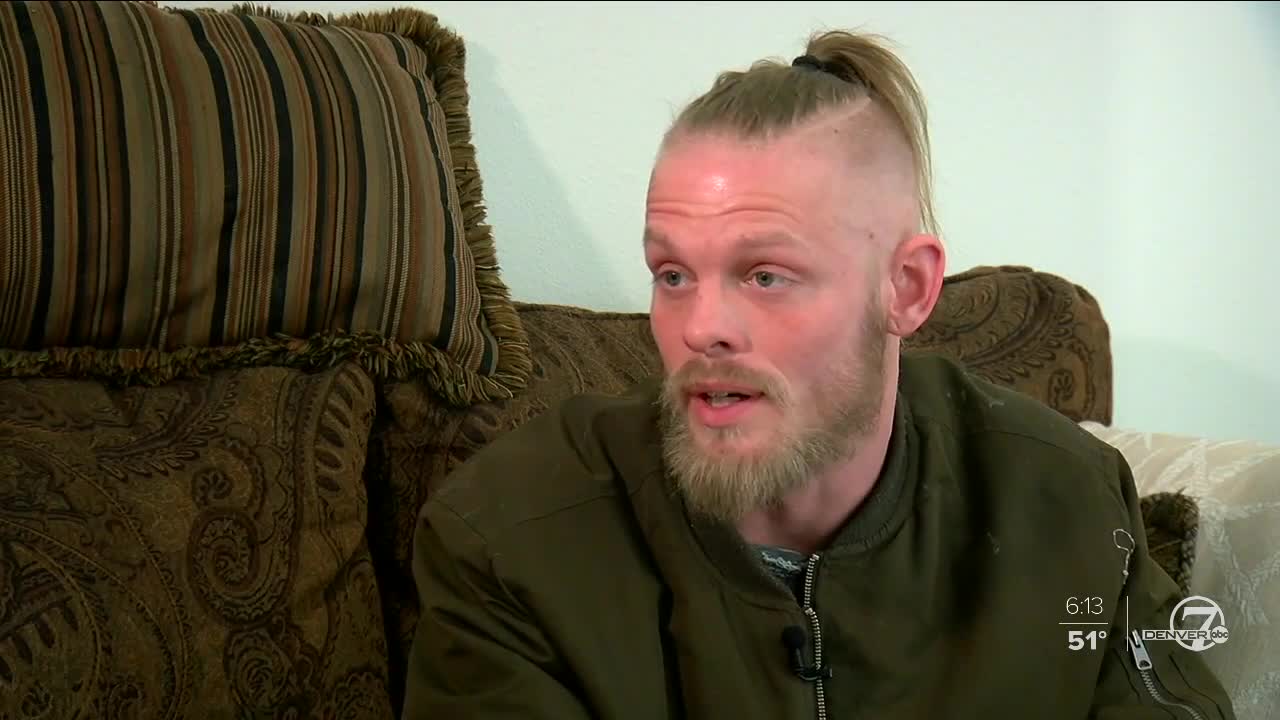 "I have to ask for help": Veteran going through a string of bad luck needs help

LONE TREE, Colo. — At first glance inside Zach Schomaker’s apartment, all seems well for the 30-year-old Army veteran, but looks can be deceiving.

His cupboards are bare. He and his mother are forced to visit a food pantry just to get by. The couch he sits on, donated. While they own a TV, they have no stand to put it on.

“I never wanted to be like a charity case,” Schomaker said. “I'm at a point where I have to ask for help. I've had no other choice.”

Schomaker served overseas. Upon coming home, he started his own business a couple of years ago. Things were going well until last summer, when he hurt himself on the job.

“I had probably a 60-pound boulder in my arms as I was falling, I had to push it off, I hit the ground and it shoves my L5/S1 into my spine. Cuts off the nerve controlling my left leg,” Schomaker said of his injury.

Unable to work, he couldn’t pay rent and his difficult journey was only beginning.

After his spinal surgery, Schomaker left the hospital, against doctors orders, hoping to speak face to face with his landlord.

“I had to leave. I had to try to get them to see this is where I'm at,” Schomaker said.

His decision to leave nearly cost him his life.

“During the time I had left the hospital, I was out for seven days, I developed severe blood clots in my legs. My legs turned beet red from mid thigh, all the way down,” he said.

Schomaker said he spent another month in the hospital. In that time, his apartment lease ended. He and his mother Shanin spent all of November and December in a hotel, forced to sell their cars just to afford a place to live.

“I was eating once a day," Schomaker said. "If that. There's a lot of days my dog ate, mom ate but it wasn't feasible."

A week before Christmas he got an early gift when the VOA told him they would pay his rent for the next year. He's grateful for the second chance. But he is missing the little things that make a home, a home.

”Toilet paper, paper towels, towels. Dog food," Schomaker said of what he needs. "Plastic silverware only goes so far before you're snapping them trying to eat.”

Schomaker is still unable to work and pay for those simple essentials. He has already received generous donations which is helping him keep the faith life will get better.

Contact7 Gives is accepting cash donations but if you have household items you’d like to donate, you can speak to Zach directly at 720-899-2573.