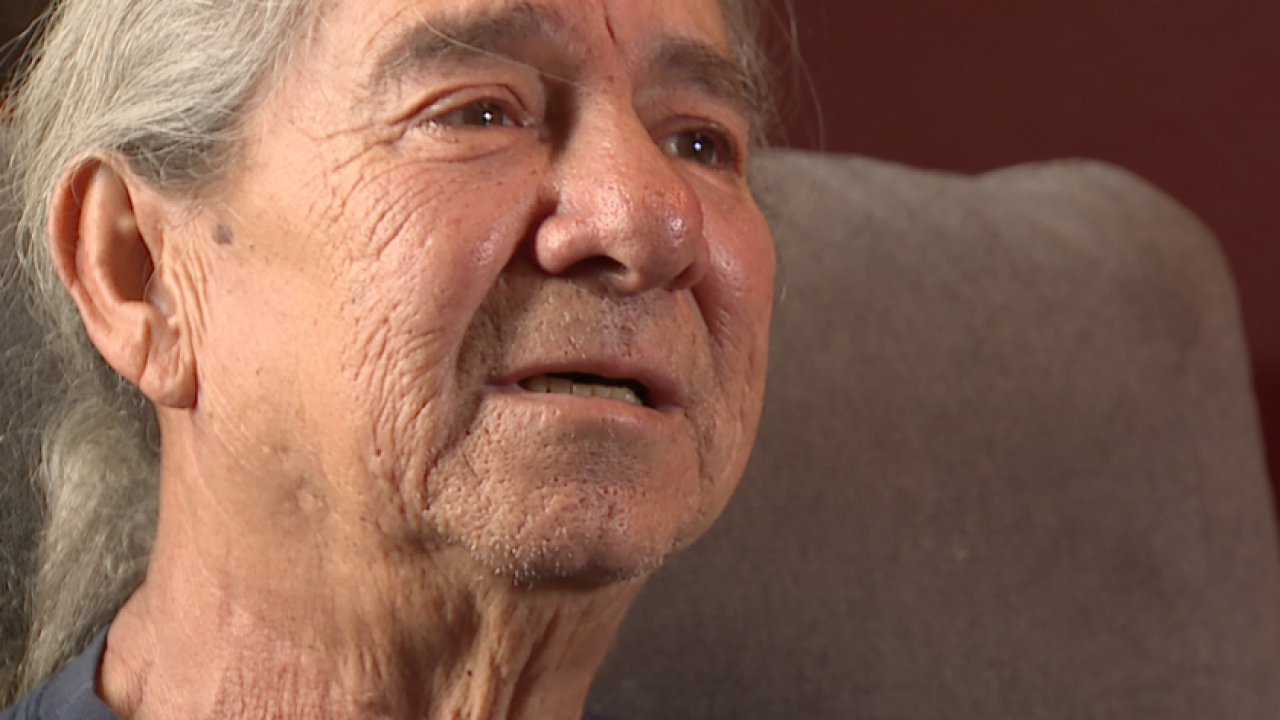 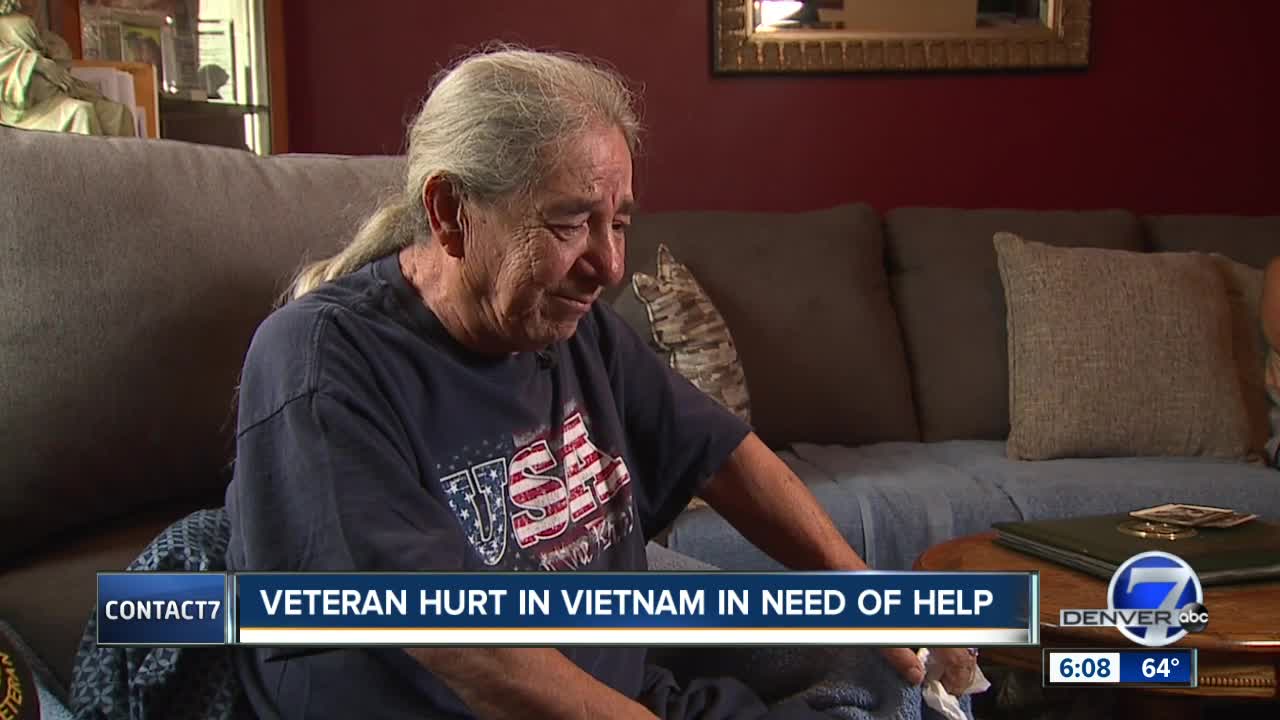 GILCREST, Colo. — In a small town just south of Greeley, along a dirt road not far off the highway, sits a small house with an American flag flying out front. It’s the home of 69-year-old David Rodriguez.

“That flag means a lot to us,” Rodriguez said. “It’s honor. You’re fighting for your county.”

MORE: Donate to Rodriguez and the Contact7 Gives Fund

It’s a fight that continues to this day.

“Now I have to fight for my health. And it’s hard,” he said.

Rodriguez tells the story as he sits in his living room, in a comfy recliner, wearing a "USA" t-shirt. His wife looks on from the couch. Her husband is a much different man than he was 50 years earlier, when he was sent to fight in Vietnam.

“I was 18 when I went in there,” Rodriguez said, describing himself as a “tunnel rat” during his time in the service. He was tasked with entering enemy tunnels to find whatever they may be hiding inside.

It was his time serving in Vietnam that would forever change his life decades later.

“I got hit by a mortar shell,” he explained.

That was followed by two homemade grenades that exploded, sending him flying into the air. Rodriguez would he hospitalized for months, and received two Purple Hearts.

“This is 50 years and it’s still coming out of my leg,” he said, showing his scar-covered leg that is still dotted with black spots of shrapnel.

As he sat in his recliner, he listed off his current medical issues. He has arthritis in his arms, hands, legs, and now spine. He has diabetes, varying blood pressure from high to low, and survived a bout with prostate cancer last year.

“It’s just gotten to the point where you lose your ability to do things,” he said through tears.

Rodriguez now needs a walker or cane to get around, and daily things like taking a shower have become nearly impossible.

“I can’t lift my leg up high enough to get into that tub,” he said.

Handles that have been installed near the tub don’t really work for him, and a shower seat barely fits in the tub, which measures only two feet wide.

“Just a helping hand. That’s all I’m asking for. To get myself back on my feet,” he said.

Contact7 has already been in touch with at least one company potentially willing to assist Mr. Rodriguez.

To help Rodriguez out, you can donate to him through the Contact7 Gives Fund. Select "Help a Vet in Need" or "Contact7 Gives General Fund" from the dropdown menu in the donation module.

Denver7 has created an easy way for people to help others in our community. We have featured the stories of people who need help and now you help them with a cash donation through the Contact7 Gives Fund . One hundred percent of contributions to the fund will be used to help people in our local community.