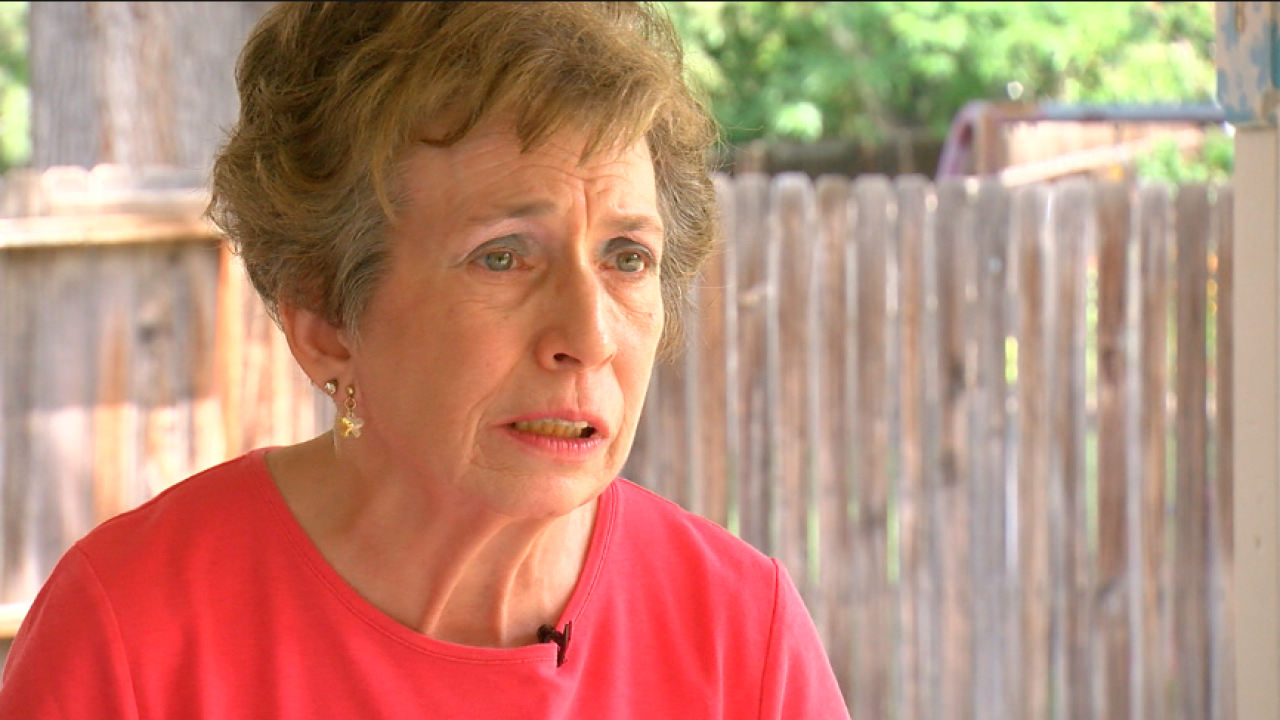 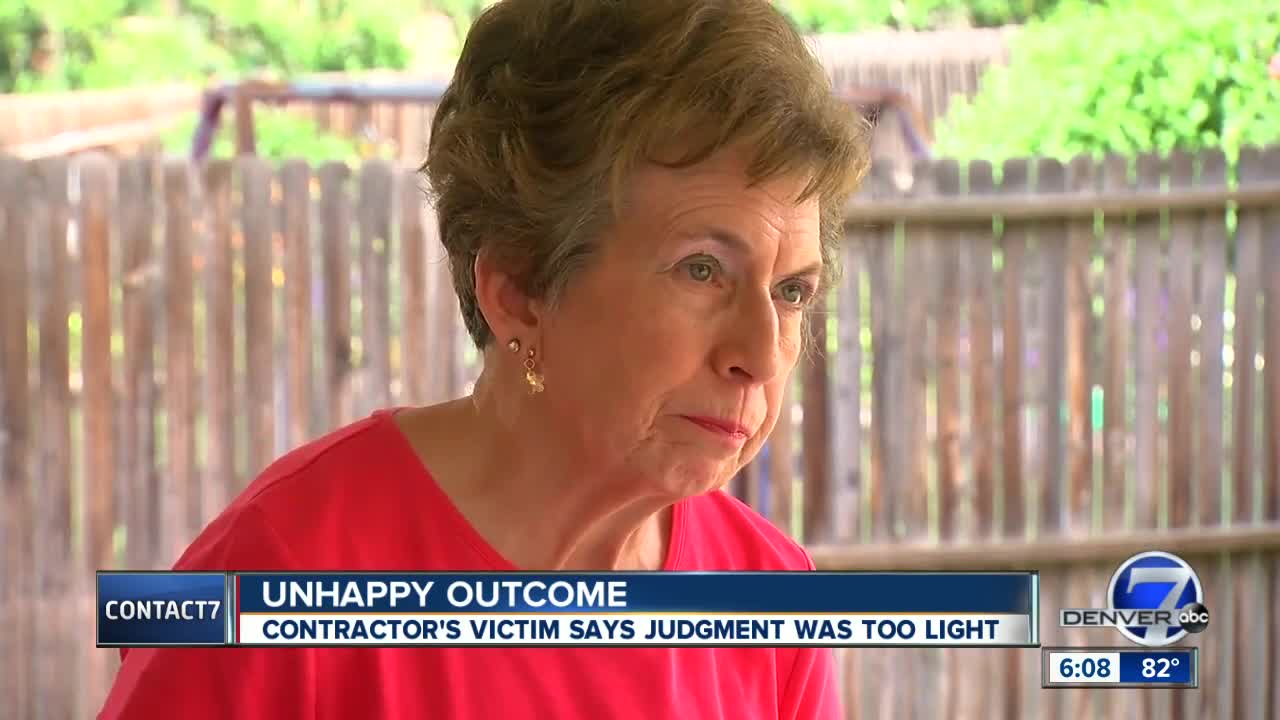 CENTENNIAL, Colo. -- Another Colorado homeowner says she was ripped off by the same charming character at Jarhead Landscaping, and after taking the owner to court says he got off easy.

A Denver7 investigation caught the attention of the Arapahoe County Sheriff's Office in 2017 after at least a dozen neighbors in Centennial and Adams County say they were scammed by the same guy and more victims are coming forward to share their stories.

"You steal, you owe, you pay," said the latest victim, Cathy Meserole, in Centennial. "Like I just want to cry, this hurts."

The emotional stress has taken its toll on Meserole.

MORE: Donate to Cathy Meserole and the Contact7 Gives Fund

"Taking advantage of poor innocent people and not just elderly, everybody - he's a con artist," she said.

Meserole, along with seven other victims, took Howard Norman, owner of Jarhead Landscaping, to court where he faced charges of felony theft in Arapahoe County.

She said she contracted Norman to replace her back fence after he used his service as a marine to gain her trust.

"People that go around falsifying that they were in the war, that's a criminal crime right there," said Meserole.

Meserole said she is living on a fixed income and got a donation from Home Depot for the wood Norman was going to use to repair her fence. A donation she said Norman stole and never gave back.

"The wood equivalent was $1,597 dollars to be exact," she said, adding she had to pay someone else $3,000 to fix her fence that was in extreme disrepair.

Last month, during Norman's court sentencing, Meserole said she was hoping for justice but got anything but.

"The punishment needs to suit the crime, period," she said.

Court documents show Norman plead guilty to a lesser theft charge and agreed to pay back a little over $9,000 in restitution. Meserole said nowhere near what he owes.

Denver7 reached out to Norman, but no one answered his phone.

Meserole has a message for Norman, and the system she said failed her.

"You can sleep on your pillow and you have your freedom to go wherever you want, I don't think so," she said. "The laws need to be changed."