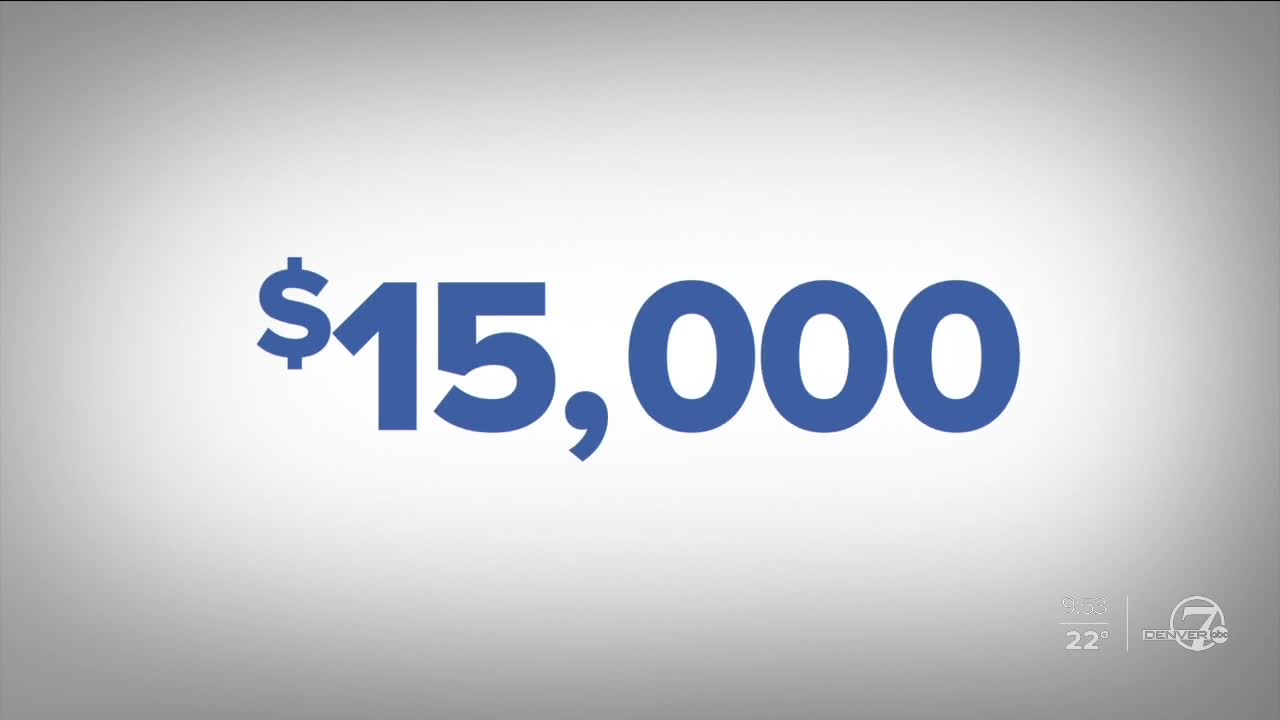 Denver7 is making a commitment to exposing flaws in our healthcare system but we're taking it a step further with a new partnership that will literally pay down some of that debt. 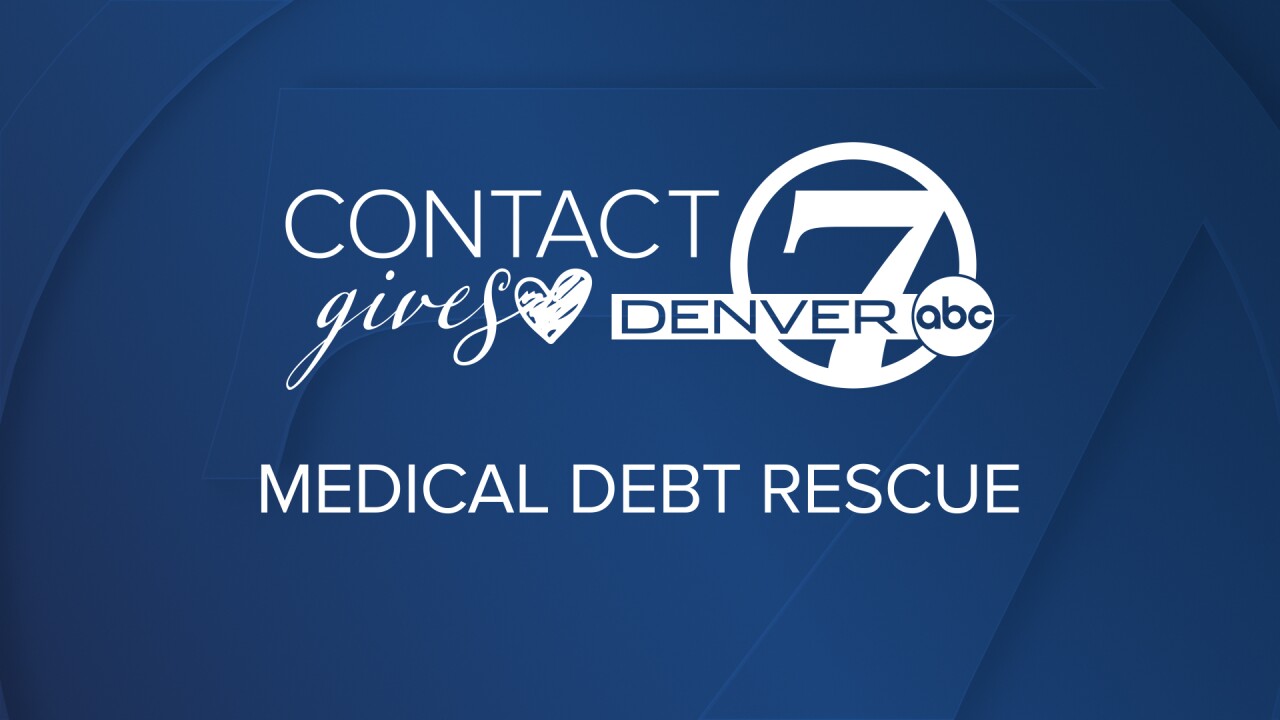 DENVER — Medical debt is overwhelming families across the United States, including right here in Colorado. A recent study in the American Public Journal of Health looked at court records and showed 66.5 percent were tied to medical issues.

Denver7 is making a commitment to exposing flaws in our healthcare system but we're taking it a step further with a new partnership that will literally pay down some of that debt. Thanks to a donation from Denver7, a nonprofit called RIP Medical Debt is erasing $1.5 million worth of debt in Colorado.

“So we just abolish it and we see to it that credit scores are adjusted if they have been negatively impacted by the debt accounts that we buy," said Scott Patton, Director of Development for RIP Medical Debt.

RIP Medical Debt was founded by former debt collection executives, they know the marketplace and buy up medical debt. They have no intention of collecting that debt, instead they simply forgive it and send out letters letting people know the debt has been erased.

Patton explains that medical debt is often bundled and sold to different debt collectors and this can happen multiple times. Every time that debt is sold, the value decreases. By the time the organization steps in, every $1 donated can abolish $100 in debt.

"That’s where we get into the pennies on the dollar and even sub-pennies increments where it costs half a penny maybe per dollar of medical debt that’s actually the price of our debt that is being sold on the secondary debt market," said Patton.

When Denver7 heard about their efforts, station management made a decision to donate $15,000 to RIP Medical Debt. Here's the shocking part: That $15,000 donation will wipe out a minimum of $1.5 million in medical debt.

"That’s how much the donation is actually worth on the secondary debt market," said Patton.

Yellow envelopes with the RIP Medical Debt and Denver7 logo will soon go out in the mail. If you get one don't throw it out, it means a portion of your debt or all of your debt was forgiven.

Due to HIPPA, Denver7 has no idea or control over who will receive an envelope. Their debt was simply part of the bundle covered by the $15,000 Denver7 donation.

"People will open our letter frequently and ask themselves is this for real, how can this be. I don’t think that we are accustomed in this day and age to extraordinary acts of generosity like this," said Patton.

If you receive a yellow envelope, Denver7 would love to hear about how it has impacted your life. You can reach out and share your story here.

A firefighter fights for his life as bills pile up

David McGill is a volunteer firefighter for the Buena Vista Fire Department. He is always running to help others but when he had a medical emergency, others were running to save him.

His wife, Jackie Krueck, describes the longest car ride of her life after she watched her husband being loaded onto a medevac helicopter. She made the drive from the hospital in Salida to UC Health Univeristy of Colorado Hospital in Aurora, not knowing how serious his condition was.

"I’m glad that I didn’t know that it was what it was when I was driving down because I don’t think I could’ve made the two and a half hour drive down if I had known it was his heart," said Krueck.

What they first thought was food poising turned out to be a major heart problem. Jackie said that her husband's aorta ruptured and his chest was filling up with blood.

Doctors performed an 11-hour emergency surgery and her husband pulled through. He remains in a coma and she has been by his side ever since.

Krueck is thankful for the team that operated on her husband but as she worries about the future, she can't help but think about all the bills that will soon pile up. He did not have insurance.

"We have no idea what anything is going to cost and I’m horrified to even know the numbers," said Krueck.

Their 16-year-old son has been trying to spend as much time as he can with his dad but he had to return to Buena Vista to attend school. He doesn't have a laptop so he was unable to do his school work remotely.

Denver7 is hoping to ease the family's burden so they can focus on McGill's recovery. A Contact7 Gives fund has been established in his name to help medical bills and other expenses during this trying time. Go here to donate.

How you can get involved

In addition to collecting funds for firefighter David McGill, viewers can donate to RIP Medical Debt and those donations will be used to pay off additional debt in Colorado.

You can also share your stories about how medical debt has impacted you or your family.