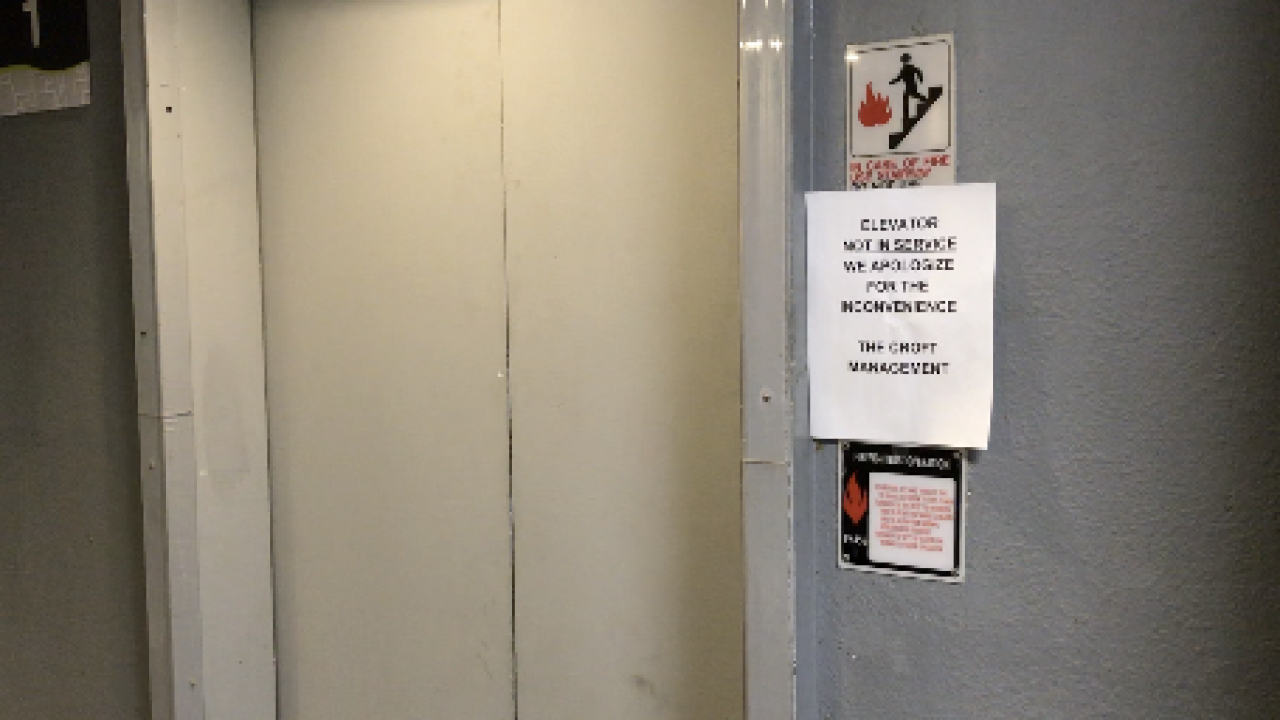 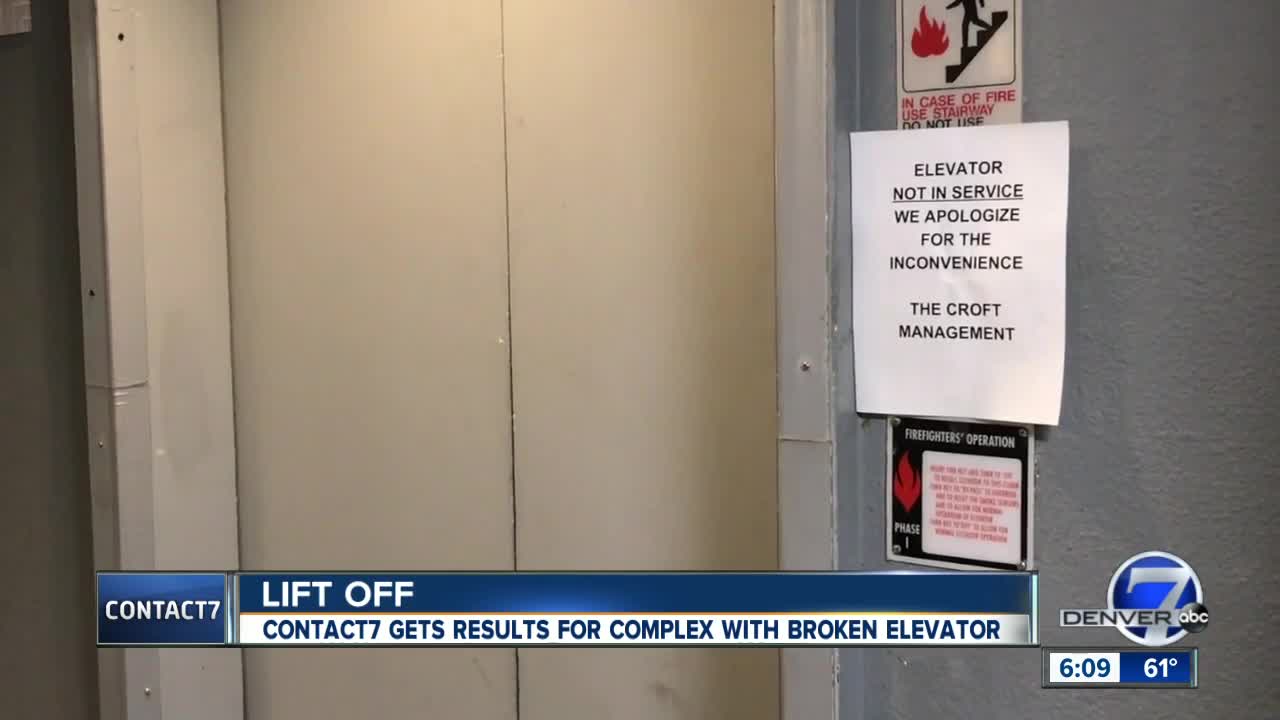 DENVER — A group of residents in a six-story Denver apartment complex have been trying to get answers for more than a month about a broken elevator, so they reached out to Contact7 for help.

Every time she leaves her apartment at the Croft, 7200 E. Evans Ave., Dawn Washington braces herself to take the stairs. Diagnosed with a pulmonary embolism last month, she said every trip is a battle for her life.

"I'm gasping for air," said Washington, who lives on the fourth floor. "I've been waiting to get furniture, thinking the elevator was going to get fixed."

Meanwhile, on the fifth floor, Nicki Adams is struggling to get up the stairs with a newborn and a dog.

"I come home and sit in my car and give myself a little pep talk before I walk up the steps, which is annoying and pitiful," she said, adding that while the elevator is down, her rent recently went up. "It stinks. It's really, really terrible paying $1300 a month for an apartment that the elevator is not even working."

Tuesday, apartment management posted a letter stating that the elevator is 46 years old and that four vendors had assessed it. However, there was no timeline for repairs.

So, Contact's Jaclyn Allen went to the office to try to get answers from management, who said they were also frustrated but could not comment on camera.

Later, in an email, Gina DeSilva, the property manager, stated that a vendor has now ordered "the appropriate parts" and that once they arrive in Denver, it will take "a week of labor" to get the issues repaired.

But the elevator issues are nothing new.

Denver Fire reports that in the last 18 months, crews have been called for an elevator rescue at the Croft 18 times.

"That's not normal," said Capt. Greg Pixley, a spokesman for Denver Fire, who said that the Fire Prevention Bureau has been aware of the broken elevator and has been working with the complex. Now, they are taking action.

"We are issuing an order to comply, which is basically like a ticket, to ensure these repairs are going to be initiated in the short term," said Pixley. "We're going to give the asset manager until Friday to prove that there is a contract or some type of work order initiated to make these repairs. It's important for us to ensure this is taking place as soon as possible. If we don't get that by Friday, then there will be some legal consequences."