Contact7 gets results for neighbors concerned about trash, needles at abandoned car wash 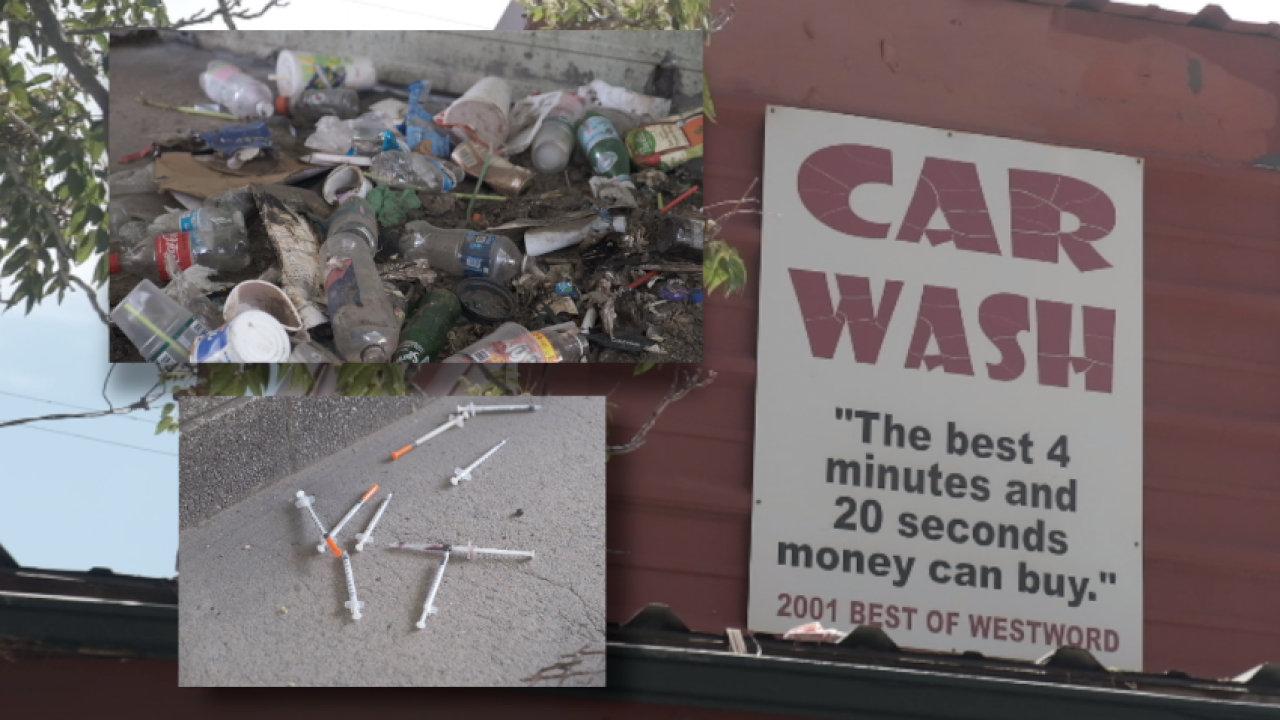 DENVER — The City of Denver will issue a notice to the property owner of an abandoned car wash in the city's Uptown neighborhood, after Contact7 emailed photos of trash, dog feces, and needles at the property.

Neighbors had complained about the eyesore on Nextdoor, the former Hi Performance Car Wash at the corner of E. 17th Avenue and Pearl Street.

“Neglect and garbage and filth,” Allan Parr, who lives nearby, described what he saw to Contact7.

The car wash closed early in 2020, and neighbors say it has become a “garbage dump” ever since. A Nextdoor post bringing the issue to light had garnered more than 30 comments in just 24 hours.

“We see just a ton of trash, overflowing trash bins that are not being taken care of,” Parr described. “We’ve seen rats scurrying around, plenty for them to eat, and bags of dog poop as well.”

But the problem was worse than even Parr and his neighbors thought. Denver7’s Jason Gruenauer saw and photographed at least a dozen used hypodermic needles along just one wall of the car wash.

“Those are 30 feet away by sidewalk and maybe a five second dash by a 6 year old. It’s horribly dangerous and should not be like this,” Parr said.

Denver7’s Jason Gruenauer reached out to the City of Denver regarding the issue, emailing photos of the trash and the needles. Within an hour, and inspector was on scene taking pictures. He told Gruenauer the city would be issuing a notice to the property owner to get the area cleaned up.