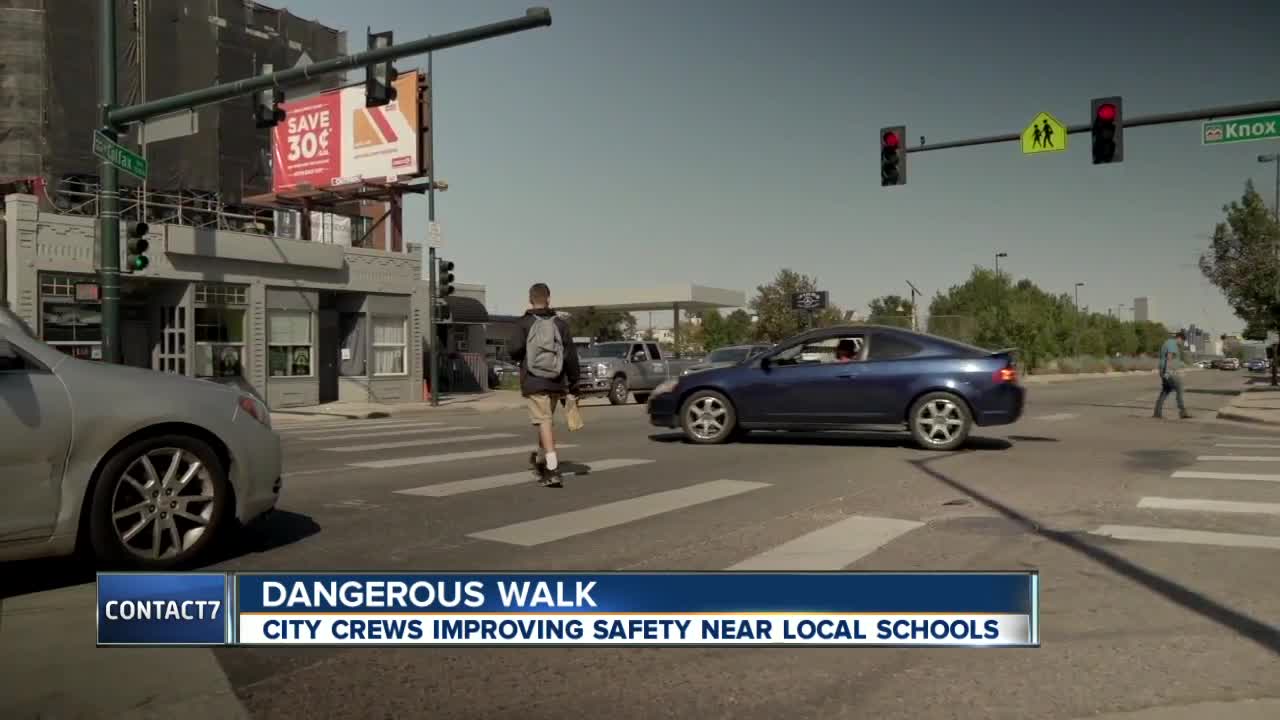 After a mother reached out to Contact7 to report her son's dangerous path to school, the city of Denver started working to implement new signals and other safety improvements on W. Colfax Avenue near Sloan's Lake.

DENVER — Laura Apodaca first reached out to Contact7 in August to report a dangerous traffic situation on W. Colfax Avenue near Sloan's Lake. She was worried about her son and and other kids battling hurried and distracted drivers as they tried to cross Colfax to get to Strive Prep Lake Campus, Lake Middle School, and Cheltenham Elementary School.

"Nobody was listening to me, nobody was paying attention," Apodaca said.

But now, four months later, improvements on a section of W. Colfax Avenue between Lowell Boulevard and Perry Street are in the works.

"Since the news piece aired, everybody has made a 180," Apodaca said.

Denver's Department of Transportation and Infrastructure (DOTI) worked with Apodaca and Strive Prep Lake Campus to come up with plans for safer crossings.

Heather Burke, a spokesperson for DOTI, said several changes to calm traffic and decrease crossing distances are moving into the design phase. One possible change includes moving a signal from Meade Street and W. Colfax Avenue down a block to Lowell Boulevard and W. Colfax Avenue. If the signal is moved, a median would be placed at the Meade intersection to restrict left turn access onto Meade from Colfax.

There are also plans to install a HAWK (High-Intensity Activated crossWalK beacon) signal at the intersection of Newton Street and W. Colfax Avenue. When a pedestrian pushes the walk button at the signal, lights will flash, and traffic will have to stop.

Other improvements include bump-outs on the south side of Perry Street, which will shorten the crossing distance for pedestrians.

Burke said the improvements will be partially funded through the Elevate Denver Bond program.

Apodaca said she hopes the changes will be implemented soon.

"Hopefully by the end of the year, and next year more students can start crossing safer," she said.