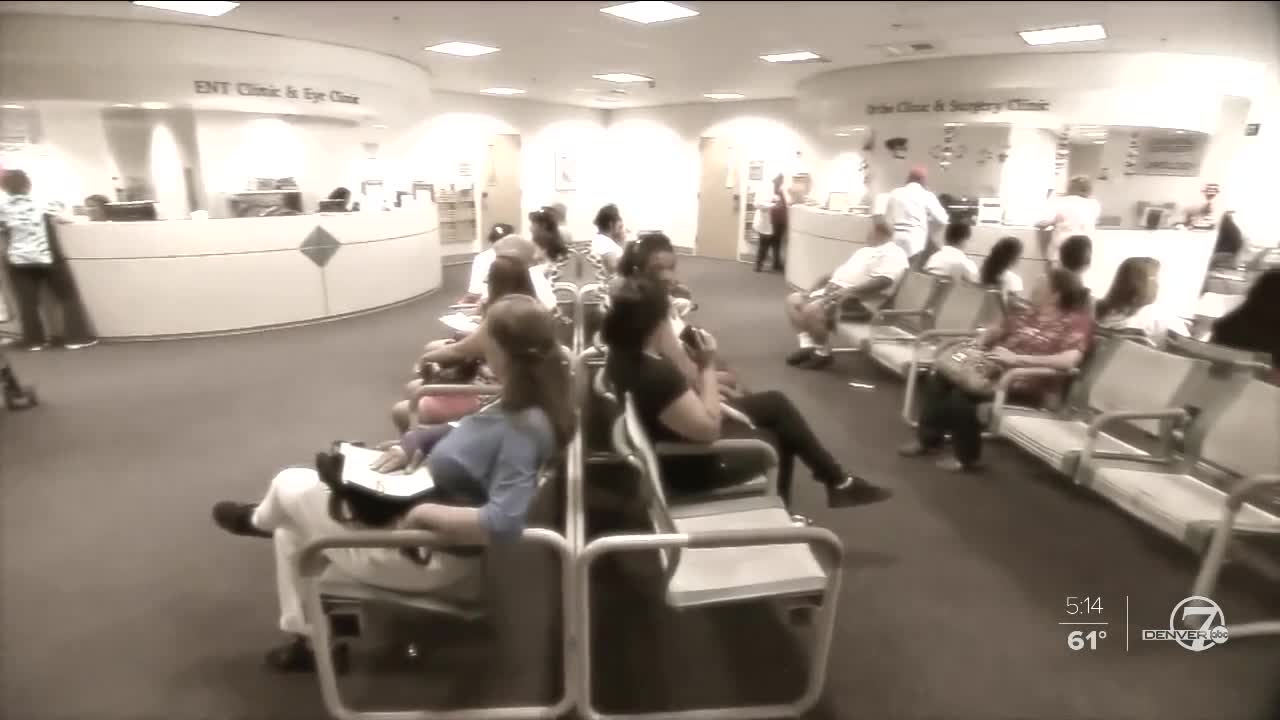 DENVER -- So far in the 2020 legislative session, Colorado lawmakers have introduced nearly 560 bills, with more coming every week. Around 50 of those bills deal with different aspects of health care.

Some of the bills are bound to be divisive, like the recently unveiled public health care option bill several Republicans have already expressed their opposition to.

Numerous other health care bills are bipartisan efforts. Denver7 is committed to helping people understand the ins and outs of the health care system as part of its Contact7 Cost of Care initiative, including possible legislative changes.

Here is a closer look at four health care bills that have been introduced this session:

House Bill 1086 would require health insurance companies to cover an annual mental health wellness exam for up to 60 minutes.

“A lot of times you’re not diagnosed as a child, you’re diagnosed when you’re an adult. So, this is an opportunity for us to do early intervention of children to assess their behavioral health,” Sen. Fields said.

Many times, Sen. Fields said, mental health exams aren’t administered until there is a pronounced issue or possibly even a crisis. She believes physical and mental wellness should go hand-in-hand.

“If you can prevent the disease or illness from progressing, I just think that’s the right thing to be doing, looking ahead instead of waiting for a tragedy or waiting for an illness to be at the worst point it could be at,” she said.

So far, the bill has passed through the House and is in the Senate.

Another area Sen. Fields is hoping to address is the confusing language used by the billing departments for health care providers.

“Often times when people get bills, it will say it costs this much but you don’t owe anything or it will have these medical codes that you don’t understand. So, people are really confused about the bills when they get them,” she said.

The bill calls for the health care facility to use plain language in an itemized bill or statement that is to be sent to the patient within 30 days of being discharged from a facility.

The bill requires all of the medical services that were provided to be listed without using procedure or drug codes as well as a breakdown of the shares the patient is expected to pay.

“I’m trying to develop this idea for this concept that a committee would get together and come up with the rules of the what simple language means, and how we can create more transparency and just plain language when it comes to medical billing,” Sen. Fields said.

The bill was introduced last Monday in the Senate and faces its first committee hearing on Wednesday.

The idea behind the bill is to add a check box to state tax forms that people can fill out if they want to find out whether they qualify for help with private health insurance plans.

“By checking that box, the state will then verify their eligibility and get back to them and say, ‘Hey you are eligible,’ and open a special enrollment window in order to give them access to those plans,” said Sen. Jack Tate, R-Arapahoe County, a bill co-sponsor.

Sen. Tate told Denver7 the program would be attached to a person’s tax return for two reasons: first to raise awareness since everyone is required to file their state taxes each year, and second because a person’s income determines their eligibility for the program, so the tax forms can help.

Right now, people who are interested in finding out whether they qualify for these programs have to visit different web portals and go through eligibility checks, which can be cumbersome and confusing.

“It cuts through confusion and also, basically, it helps match interested health care insurance consumers with the state and the reduced price plans that are available,” he said.

So far, the bill has passed through the House and is in the Senate.

Medicaid buy-ins for people over the age of 65

Senate Bill 33 allows people who are 65 or older and who live with disabilities to continue to buy in to the Medicaid system so that they can continue working without losing benefits.

Both Senators Tate and Fields are co-sponsors on the bill.

“Under current law, once they reach the age of 65 and they qualify for Medicare, they no longer are able to participate in that buy-in program, thus creating a pretty strong disincentive to work or continuing their business of employment,” Sen. Tate said.

The Medicaid buy-in would be a state-funded program without federal matching money. It would apply to people who are enrolled in or who have applied for Medicare, are eligible for long-term home and community care services, were enrolled in Medicaid before turning 65 and continue to meet the work requirements.

“People are working longer into what used to be typical retirement ages. The disability community has special needs from the Medicaid system, and we want them to keep working and we think that’s a big part of their lives and we don’t want to disincentivize that,” Sen. Tate said. “Without this bill they would have to impoverished themselves in order to have those benefits.”

The bill is currently being debated in the Senate.