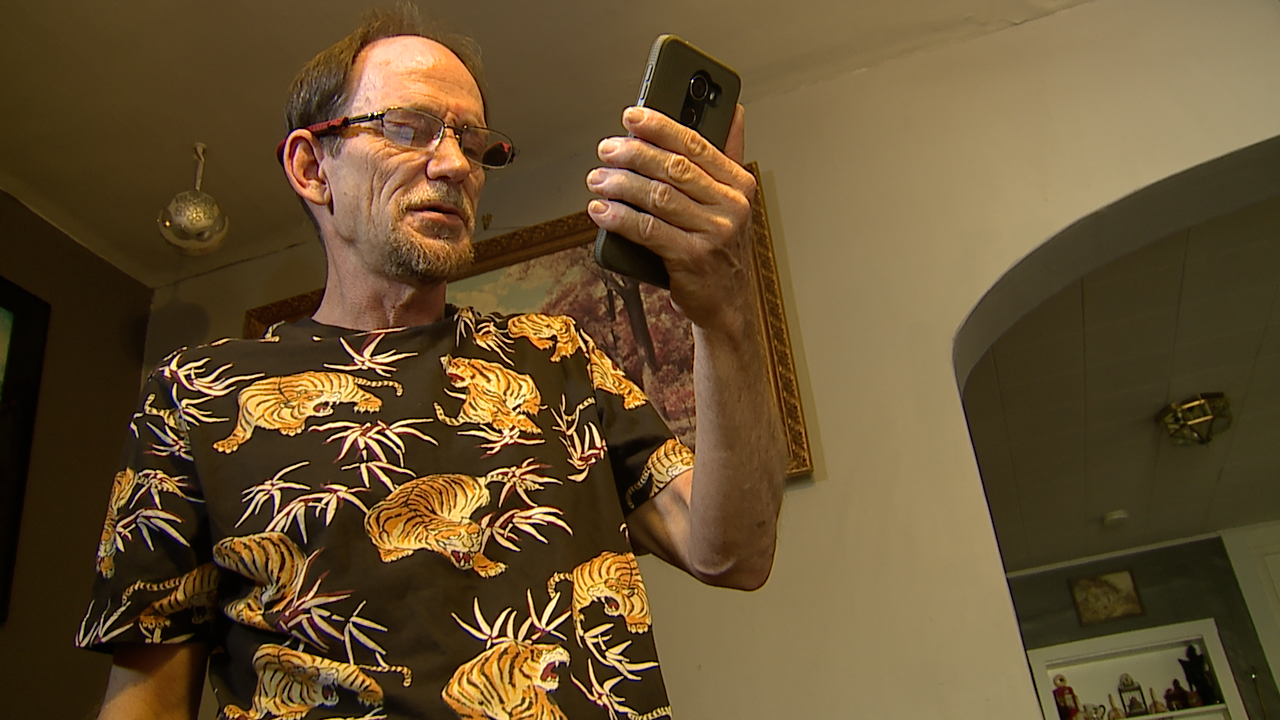 s Valentine's Day approaches, "sweetheart scammers" are looking to steal your money, then break your heart. DENVER -- As Valentine's Day approaches, "sweetheart scammers" are looking to steal your money, then break your heart.

Among them is Daniel Young, a resident of Denver, who said his guitar helps soothe his broken heart.

"It was an easy target," he told Contact7 Wednesday.

The musician moved to Denver from New Mexico three years ago, after an online dating scam drained his bank account and left him singing the blues.

"She had me lured in with a beautiful long blonde hair picture. She had me hooked," said Young.

Young met Wendy Benson online. She sent him pictures and told him she lived in the U.K.

"There were times I spent four or five or six hours just texting her and writing the most beautiful romantic texts I could think of," he said.

Young read us the emails from Wendy professing her love for him.

After communicating for seven months online, he agreed to fly Wendy to Colorado. He sent her several hundred dollars for a ticket. On the day of her arrival, he waited at DIA with roses for hours. Wendy never showed. Then came a text.

She said she'd been arrested for something and was in jail and needed help getting out of jail. That's why she didn't make it. I was like, "whoa!"

Young agreed to send more money to get her out of jail.

"I kept thinking in my mind something was wrong, and yet I kept trying to believe because her messages were so strong and beautiful," he said.

A thousand dollars later, Young traced Wendy's email address to Nigeria. He realized there was no Wendy Benson.

"Finally, it dawned on me: I had been scammed," he said.

Young is not alone.

Special agent Vicki Anderson says in the past three years, the FBI has fielded close to 50,000 complaints.

"The dating scene has really moved to the internet, so we've seen a big rise in these romance scams," she said.

Sweetheart scams have swindled victims like Young out of more than a billion dollars. Most of the criminals come from overseas, making prosecution difficult.

Meanwhile, Young is still looking for love. He says that from now on, he plans to meet his soulmate in person.

"Just the old fashion way. I'm going to let my guitar bring them to me," he laughed.

Law enforcement recommends the following so you can avoid being the target of "sweetheart swindlers":