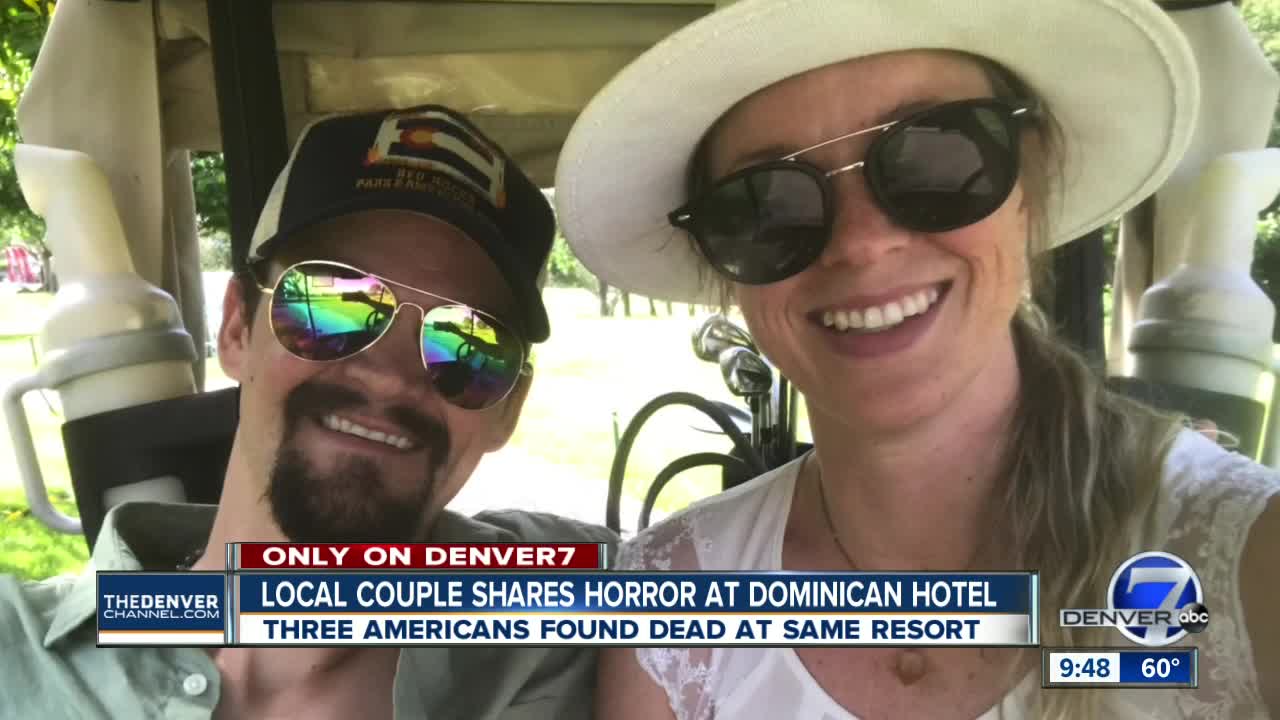 DENVER -- A Colorado couple says they became sick at the same resort in the Dominican Republic where three Americans died less than a week apart.

Their vacation video from June 2018 looks like an advertisement for the Dominican Republic: a happy couple, beautiful beaches and pineapple drinks.

That is how it all started, but Kaylynn Knull said her trip with her boyfriend, Tom Schwander, took a dramatic turn for the worse, right after the couple decided not to buy a timeshare at the resort, the Grand Bahia Principe La Romana.

"As soon as we came back to the room, we noticed it smelled like somebody had dumped paint everywhere," said Knull. "We were drooling excessively. My eyes would not stop watering."

Knull said even after changing rooms, the mysterious symptoms continued.

"That night, we both woke up soaked in sweat at like four in the morning and kind of terrified," she said. "And we booked a flight home before the sun came up."

Back in Colorado, records show, a doctor's diagnosis: "Likely Organophosphate poisoning", a reference to pesticides Knull believes were being used on the plants all over the resort.

"I was having the worst intestinal cramping I have ever experienced. It felt like a chainsaw going through my gut," she said.

The couple filed a lawsuit against the resort asking for $1 million after the hotel refused to reveal the chemical used or refund their money, but the case has stalled in Dominican courts.

This week, when the news broke about three Americans mysteriously dying at different hotels at that same resort within five days, it was the last straw for Kaylynn.

"Because I honestly believe the truth needs to be told. This sounds way too similar at the same resort. I don't know, I can't keep my mouth shut," she told Denver7.

The Resort has released a statement that the recent deaths aren't connected, and right now, the CDC is investigating and waiting for toxicology reports.

“Bahia Principe Hotels & Resorts would like to express our deep respect to the authorities and the ongoing investigations. We reiterate our firm commitment to collaborating completely with the authorities and hope for a prompt resolution of their inquiries and actions and will not be making any further statements that may interfere with them.”