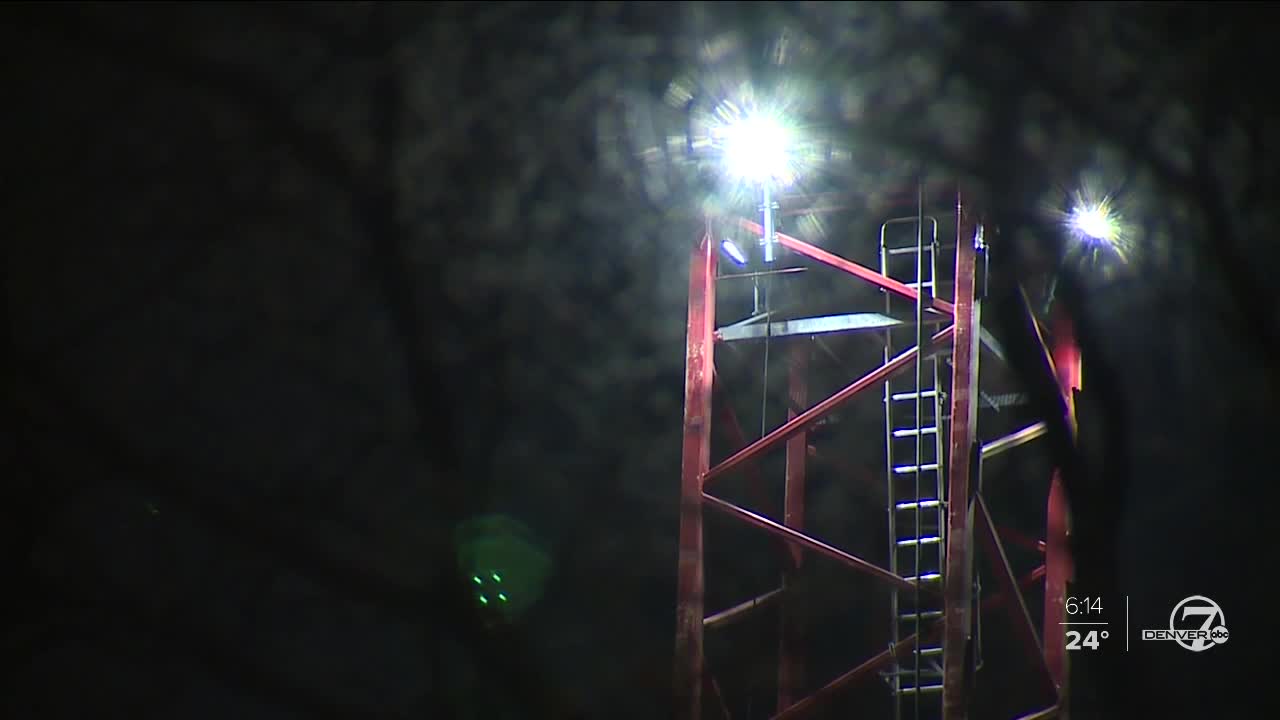 DENVER -- Seven years ago, James Stonicker and his wife moved into their apartment near 18th and Larimer. Within the last month, however, he says the construction of a building across the street has become unbearable.

"And it’s just ridiculous the noise we’re having, you can’t sleep, the noise they make every day. Bang, bang, slam, slam, every day," Stonicker explained.

Aside from the noise, his main issue is with the construction lights.

"They shine on our apartments from 4:30 in the afternoon to 10-o-clock in the morning," he said.

Roman Alcaraz, the Neighborhood Inspector with the City of Denver, said they sent an inspector out to the site twice to warn the contractor.

"The first time it was just a letter being sent out and then the second time I actually got to speak with the contractor and they let me know their plan of action going forward," Alcaraz said.

The city says the contractor, Milender White, has plans this week to put the lights on timers to turn off at night and turn on in the morning.

Denver7 reached out to the contractor and they provided they following statement:

"The lights were inadvertently left on due to a power outage and the situation has been corrected. We apologize for any inconvenience to the neighbors."