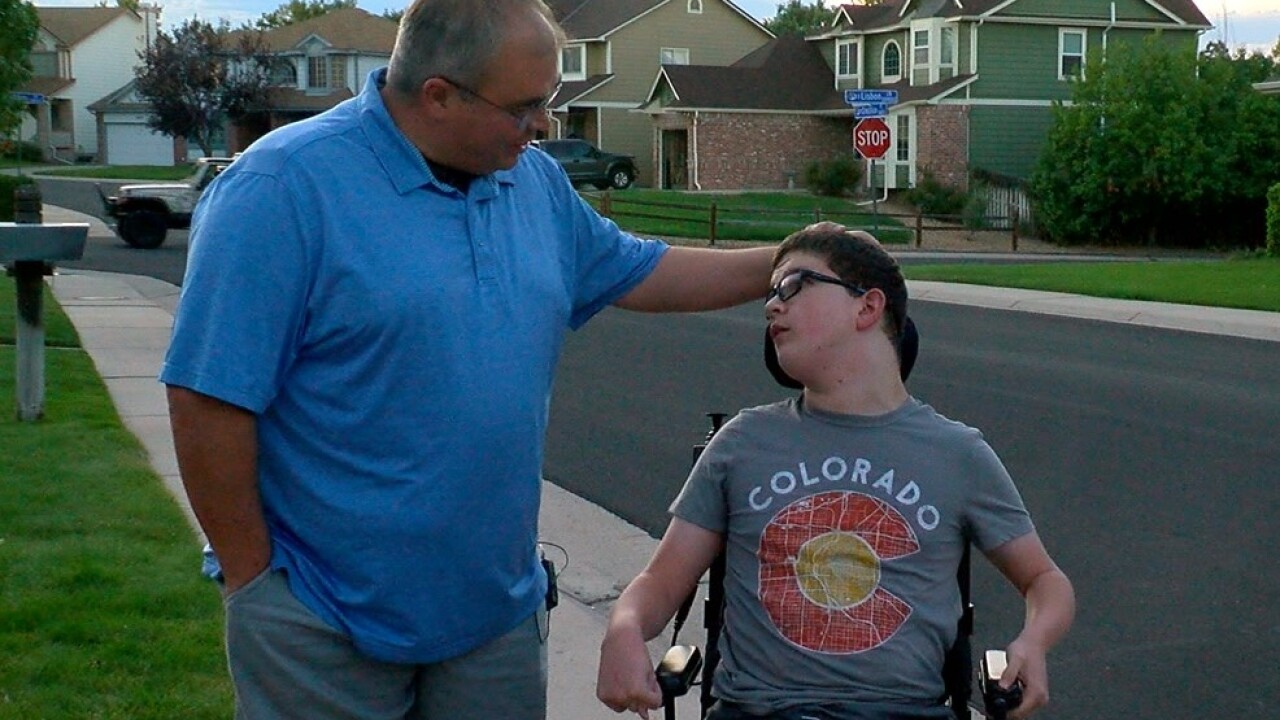 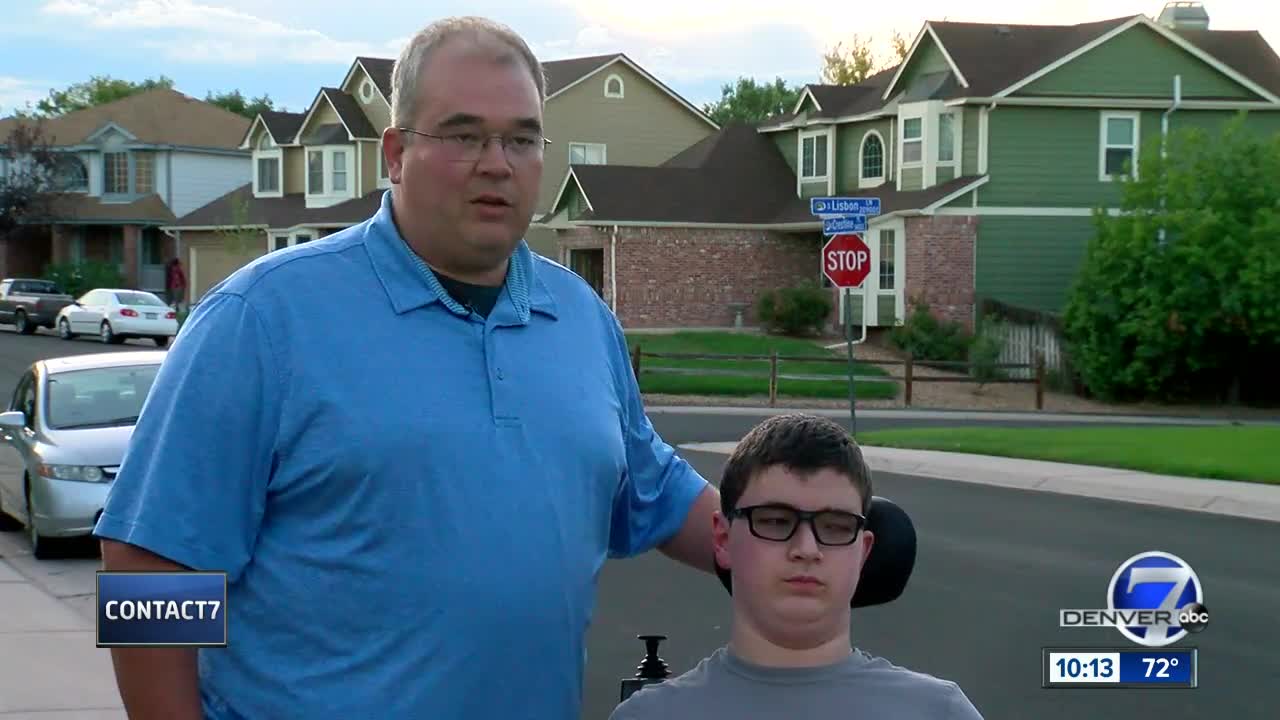 CENTENNIAL, Colo. -- A family is trying to get answers from Cherry Creek Schools about why their son with a disability isn’t getting picked up by the bus on time and sometimes not at all.

Terry Elston says they have had issues for years but recently things have become worse.

“The biggest thing is Trevor missing school, on top of that, the first time they weren’t able to come pick him up, I had to walk him to school in his power chair,” Elston said.

His 15-year-old son, Trevor, has cerebral palsy and uses an electric wheelchair to get around.

“I just think a kid in Trevor’s situation being in a wheelchair, it’s difficult going to school, learning everything about his whole day is difficult; the most difficult part for him is getting to school and coming home with the bus,” Terry Elston said.

The school year just started and already the bus has missed picking him up twice. Elston says a few weeks ago, a bus driver failed to show up because he caused an accident. Other times the bus fails to show up with Trevor’s para educator, someone who helps in the case of an emergency.

“It’s 30 minutes to walk Trevor to school from our house then 30 minutes back,” he said. “Our van had a fire and we haven’t been able to replace it yet so we are unable to transport Trevor.”

Elston says he has been told there is a staffing issue and a shortage when drivers call out sick. He says Eaglecrest High School has tried to help and has been great about checking in about the bus issue. But Cherry Creek Schools is responsible for the transportation system.

“Today I was told it was just the way it was, there was nothing they could do about it. I advised it was their responsibility to get Trevor to school on time and I was told she didn’t want to talk politics and she ended the conversation and hung up on me,” Elston said.

And it’s not just Trevor that’s impacted. Terry says there are about 20 other children who take the same bus with him.

We reached out to Cherry Creek Schools and are waiting to find out what the problem is and how they plan to address it.