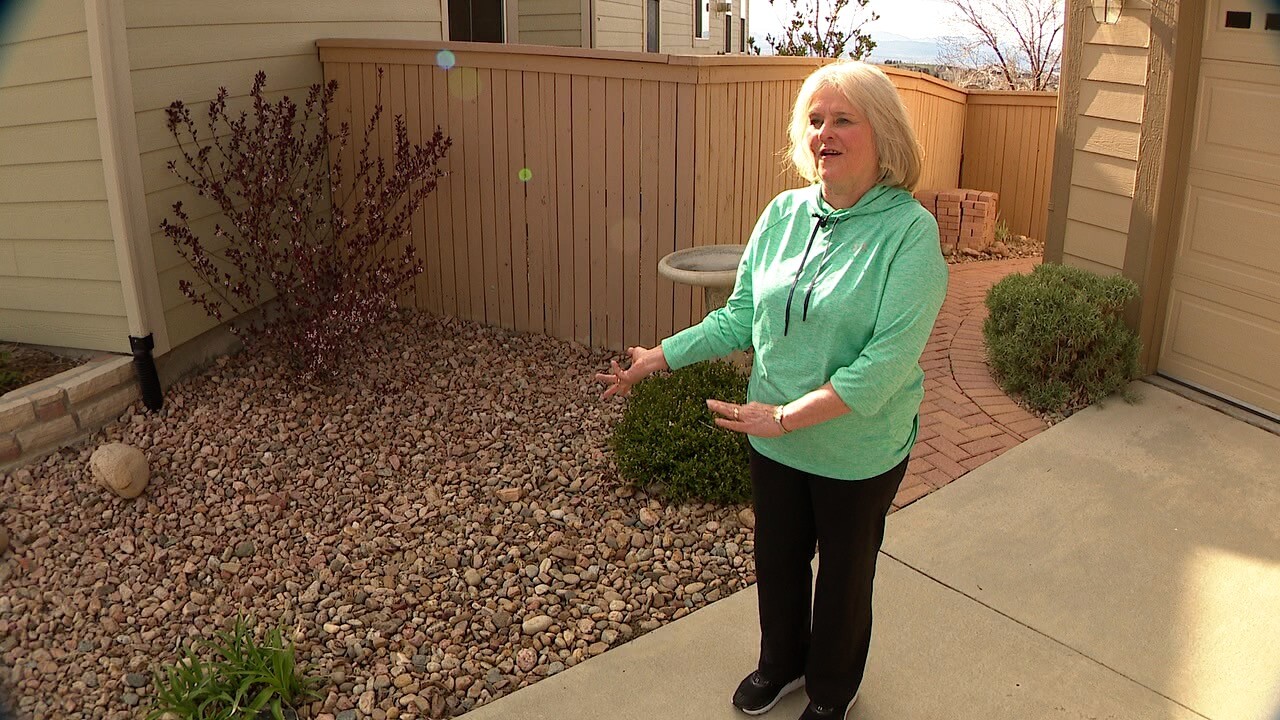 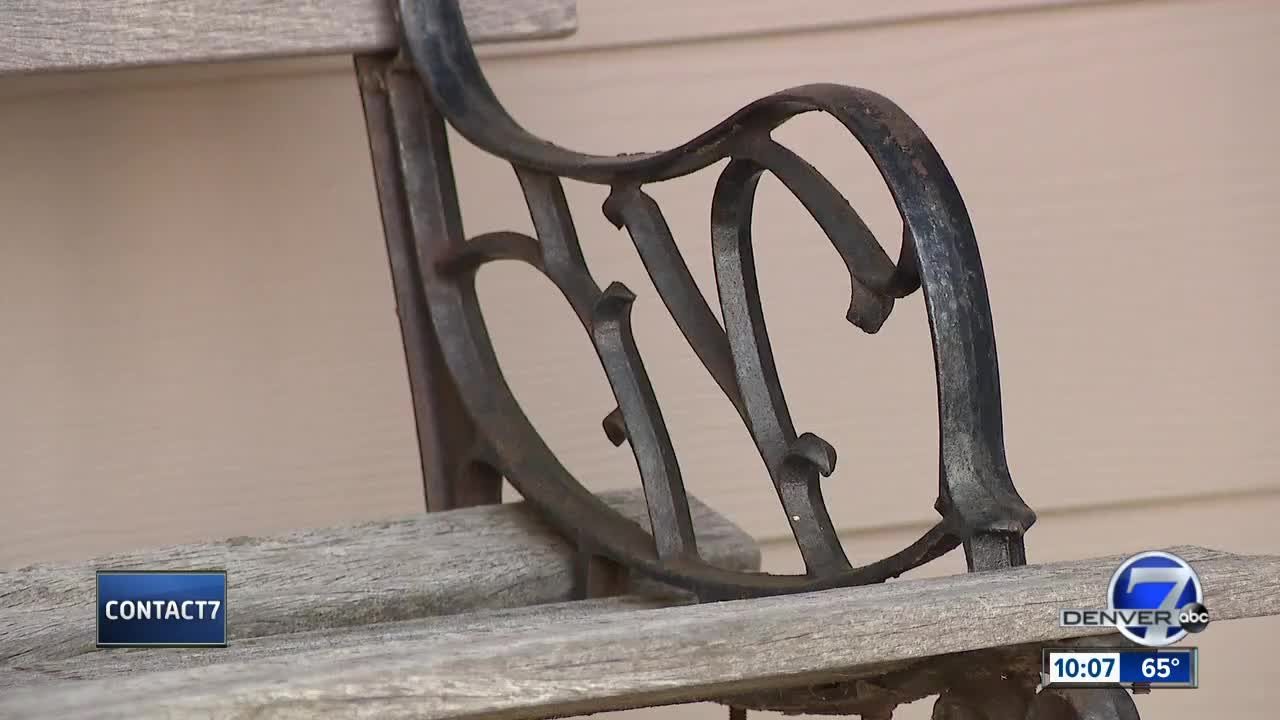 HIGHLANDS RANCH, Colo. -- The Douglas County Sheriff's Office is looking into a series of strange crimes in Highlands Ranch after a very specific item has started disappearing from the front of homes.

"They feel violated," said Chief Deputy Steve Johnson with the Douglas County Sheriff's Office. "I'm sure they feel (like), 'Why? Why our bench?'"

So far, three benches have disappeared within the past week. While not the most heinous of crimes, the sheriff's office is investigating.

Is there a big, black market for these benches?

"I don't know if there is or not," Johnson said. "The one thing I will say, is if we do find out who's doing this, we'll issue a bench warrant for them."

Residents impacted by the thefts, like Tina Johns, said they are wondering where the benches are taken after they're stolen.

"Where did it go?" Johns said. "Why would someone want to steal a bench? It's just a bench."

She said her heavy, wrought iron bench had been outside her home for seven years and had been featured in many family photos. She realized it had disappeared last Sunday.

"We came out here to do Easter pictures and our bench was gone, " she said.

Johns said the bench was not bolted down, but too heavy for one person. She said she has no idea why it would be of value to anyone.

Ring video from the neighbor's next door shows a car pulling into Johns' driveway on Thursday, then leaving three minutes later.

"We just kind of thought it was stupid crazy," she said.

"I also had a bench stolen," said Kelly Geiger. This is the replacement bench that we got from a neighbor."

She noticed her bench missing on Easter Sunday as well.

"It was very confusing," she said.

So far there are no suspects, but Johns said she believes the culprits may have been teenagers trying to pull a prank. She said until the crooks are caught, no bench is safe.

"This is not a big problem in my life, but it just makes me sad," she said.

The Douglas County Sheriff's Office is hoping for the public's help in catching the bench-nappers. If you have any information, give them a call at 303-784-7800.