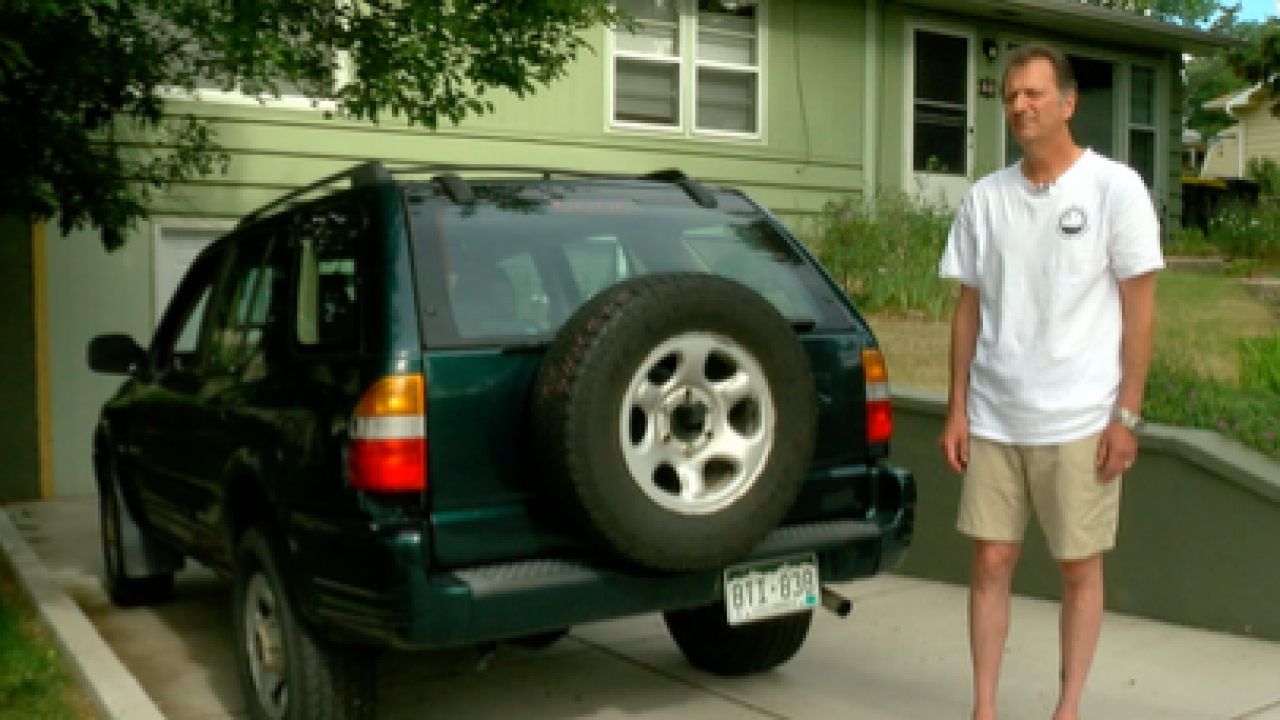 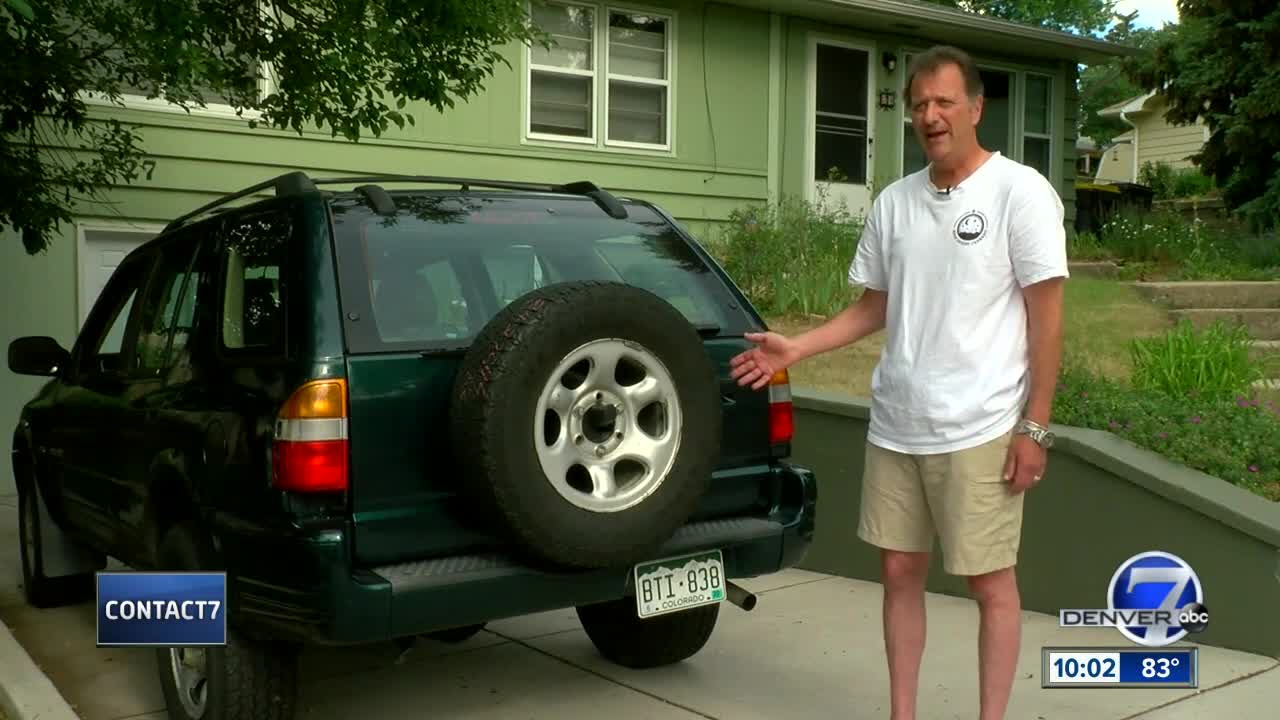 LAKEWOOD, Colo. -- The Better Business Bureau is investigating a Lakewood auto body shop after a customer said the shop not only did not finish repairs on his car, the business owner took parts from it.

Steve Jacobson was looking for a used Honda and saw a post on Facebook Marketplace for Lakewood Collision.

"This car had been in a wreck, so this door was missing," said Jacobson, showing the 2001 Honda Pilot that had been seriously damaged in a crash. He said Lakewood Collision's owner, Johnny Maes, promised to make the car as good as new.

"The arrangement was for $2,800. He would completely repair everything that was wrong with the car cosmetically," said Jacobson, who added that after a two-week delay, the car was supposed to be ready.

When he got to the body shop, the repairs were far from finished.

"There is a piece of frame to hold the taillight in, and it’s missing on this side," said Jacobson.

What was worse, Jacobson said, was that there were parts missing that had been in the car before, from the luggage rack to the floor mats to the spare tire.

When he confronted Maes, Jacobson claims, things got ugly.

"At that point he started yelling epithets at me," he said. "By hearing 'cheap' and 'Jew' in the same sentence, I’d characterize that as an anti-Semitic remark."

Jacobson filed complaints with the Attorney General's Office and he filed a fraud report with the Better Business Bureau, where the company already had an "F" rating and four complaints.

In one complaint last year, a consumer alleged Lakewood Collision had held a vehicle for almost two months, promising six times to return it.

"This is certainly enough to open a case and see what else we find," siad Ezra Coopersmith, the BBB investigations coordinator, who said Lakewood Collision has not responded to any of the previous complaints, and the most recent is the most serious. "When consumers say they went to business and not only were left without answers but the person was really aggressive, that would be a red flag."

We contacted Lakewood Collision and requested a comment from the owner, but Maes has not responded by the time of this publishing.

Meanwhile, Jacobson said he went to junkyards to replace most of the missing parts, and now just wants to warn others.

"We made some mistakes," he said. "The biggest mistake was paying the balance. I don’t want it to happen to anyone else."