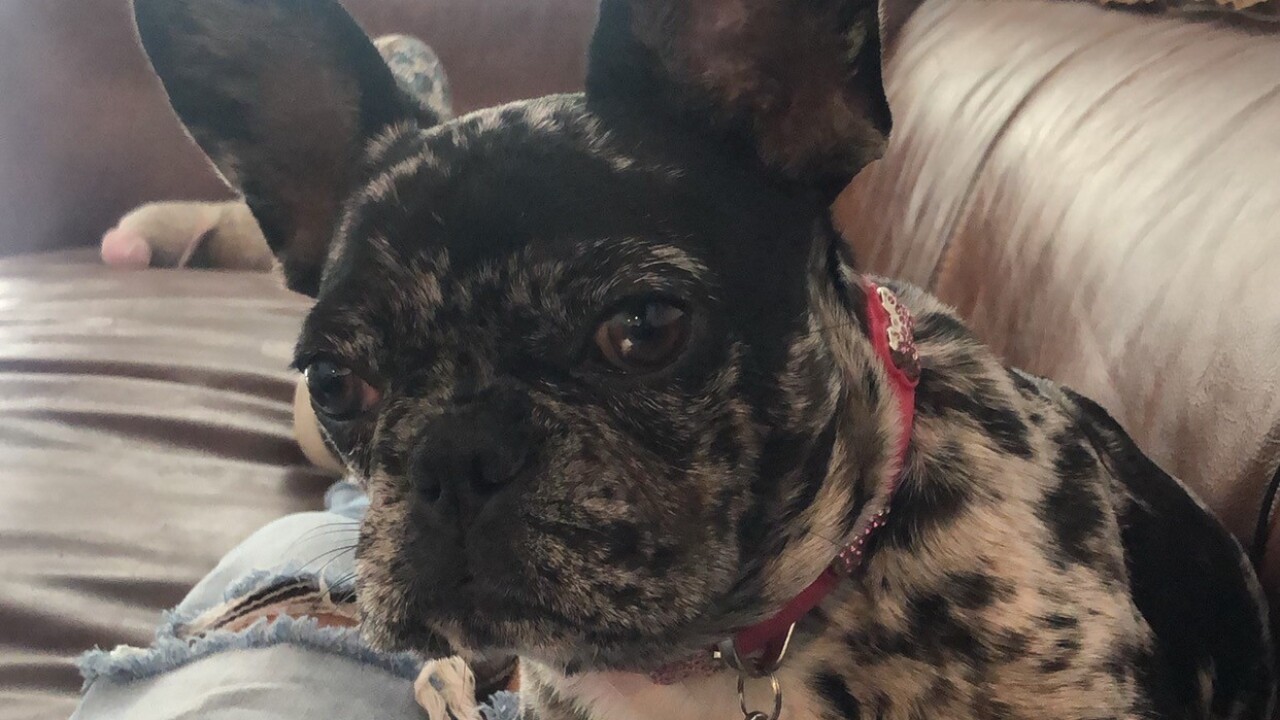 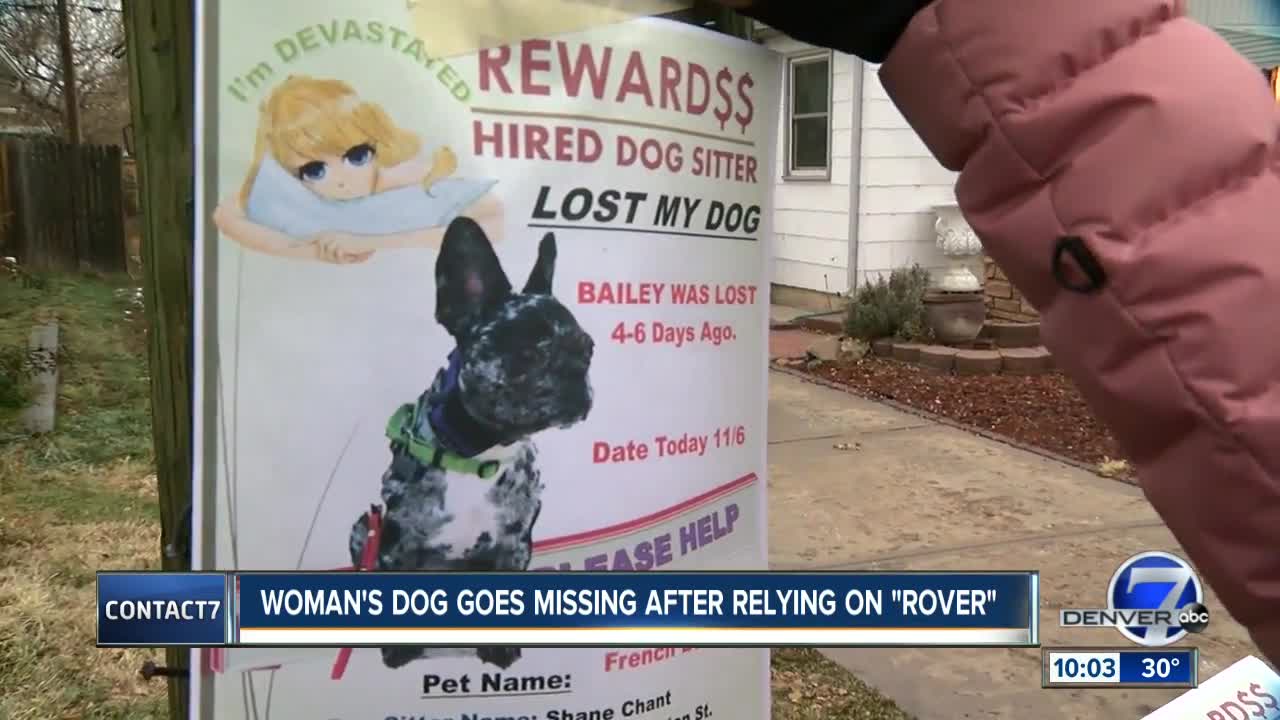 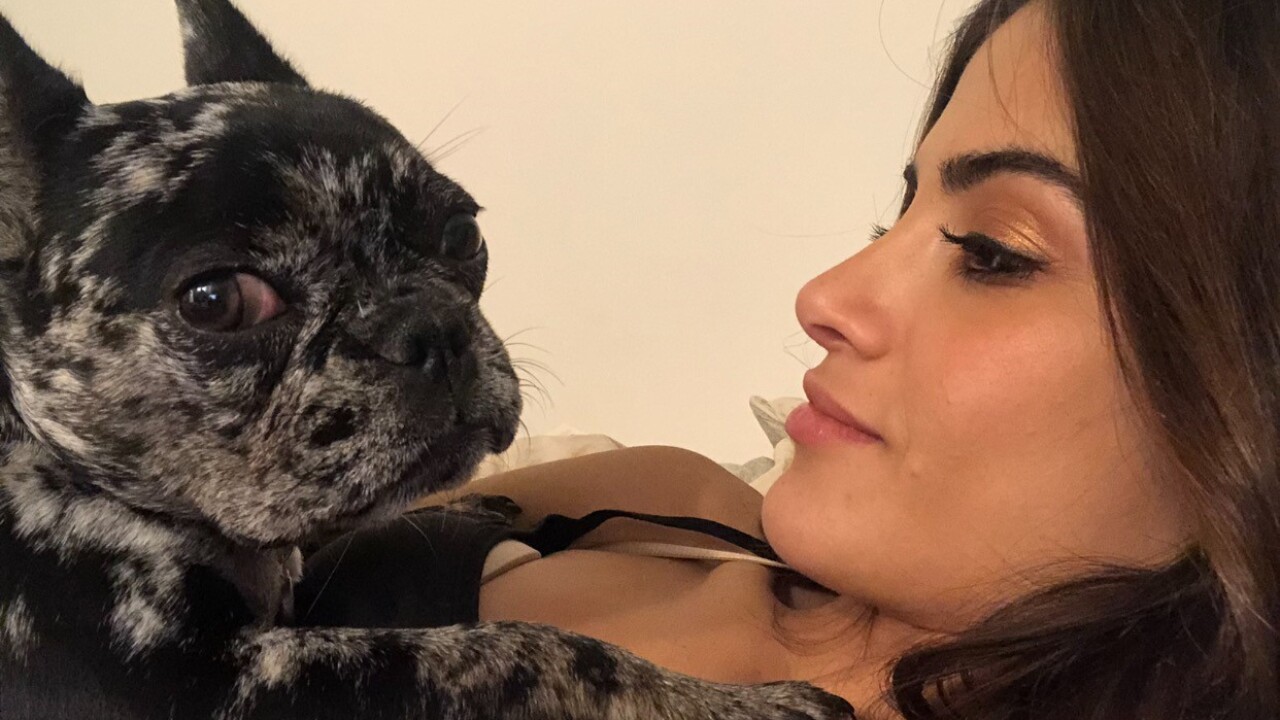 AURORA, Colo. -- On a cold and wet night, Sarah Al-Salman remains determined to find her dog Bailey, passing out fliers near Dayton Street and East 12th where Bailey went missing.

“She's really playful and she's like my family. Yeah it's really hard,” she said as she described Bailey, a 17-pound black and white French Bulldog.

Al-Salman went out of town two weeks ago. She says she found a dog sitter through the app Rover.

“He had a few reviews and I just went with my instinct,” Al-Samn said, explaining why she chose that sitter.

While they met through Rover, they chose to skip the middle man. Al-Salman paid him directly, not through the app.

In the two weeks Bailey was being cared for, she says it was a struggle to get a hold of him.

Until finally she got a text no pet owner wants to read.

“He responds with a whole paragraph about how he lost my dog,” Al-Salman continues to say, “he basically said he lost Bailey four days ago.”

We spoke to Bailey's sitter off camera, and he told us the dog ran out the front door chasing a cat.

“Why wouldn't you tell somebody? Like, tell us so we can start a search party and look for her,” Al-Salman said, as she questioned why she was told so late.

The sitter says he didn't tell her because he was hopeful he could find the dog before Al-Salman came to pick her up. He also said he went to multiple websites and Facebook groups to find the dog including PawBoost.com.

We found that post on the web site. It states the post was made two weeks ago and that Bailey was last seen October 23, the same day she was dropped off. After we found that PawBoost post, we reached back out to the sitter for comment but we never heard from him.

Al-Salman said Bailey was not micro-chipped, and that she filed a police report. Now, all she wants is to see Bailey back in her arms. If you see Bailey, please call Al-Salman at (239) 315-8314 or email her at sarahalsalman23@gmail.com.

In a statement to Denver7, Rover writes: "The safety of pets on our platform is a top priority. While this service wasn’t booked through Rover, our Trust and Safety team conducted an investigation and removed the sitter from our community.

"Sitters who list their services on Rover must pass a background check and a safety quiz. Pet owners have the opportunity to meet a number of potential sitters to find the care provider that is the best fit for their needs. “