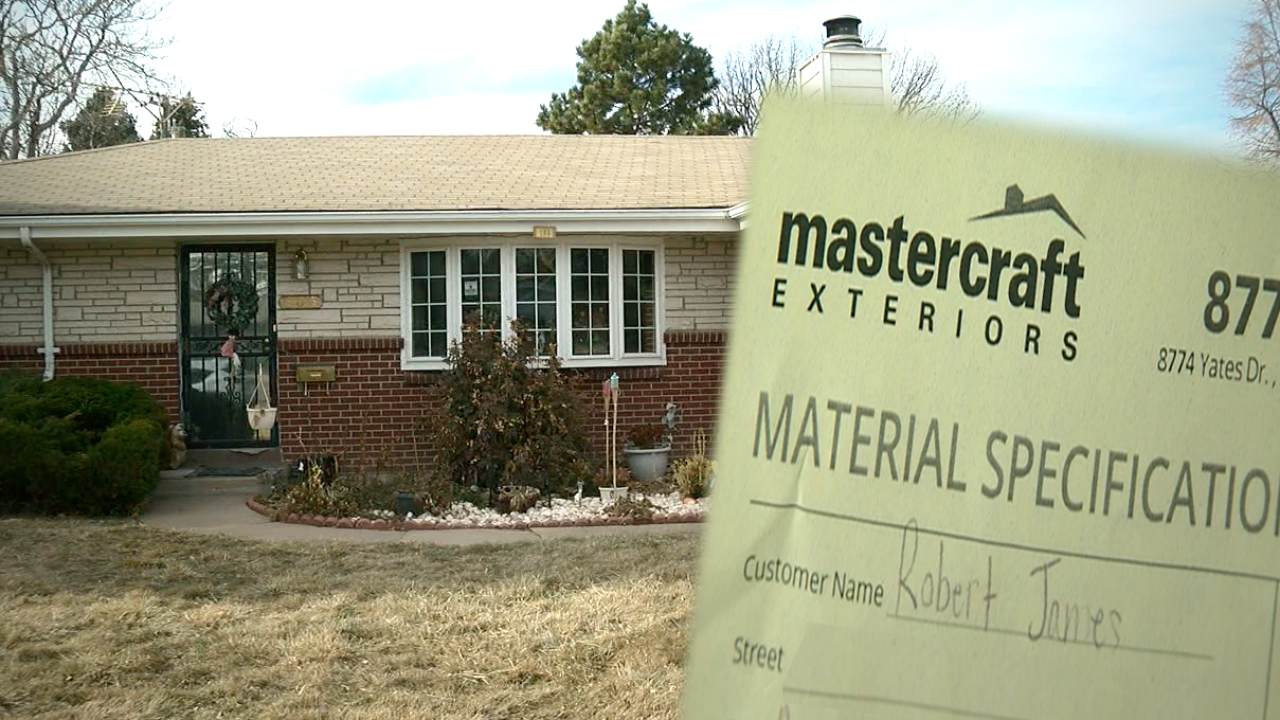 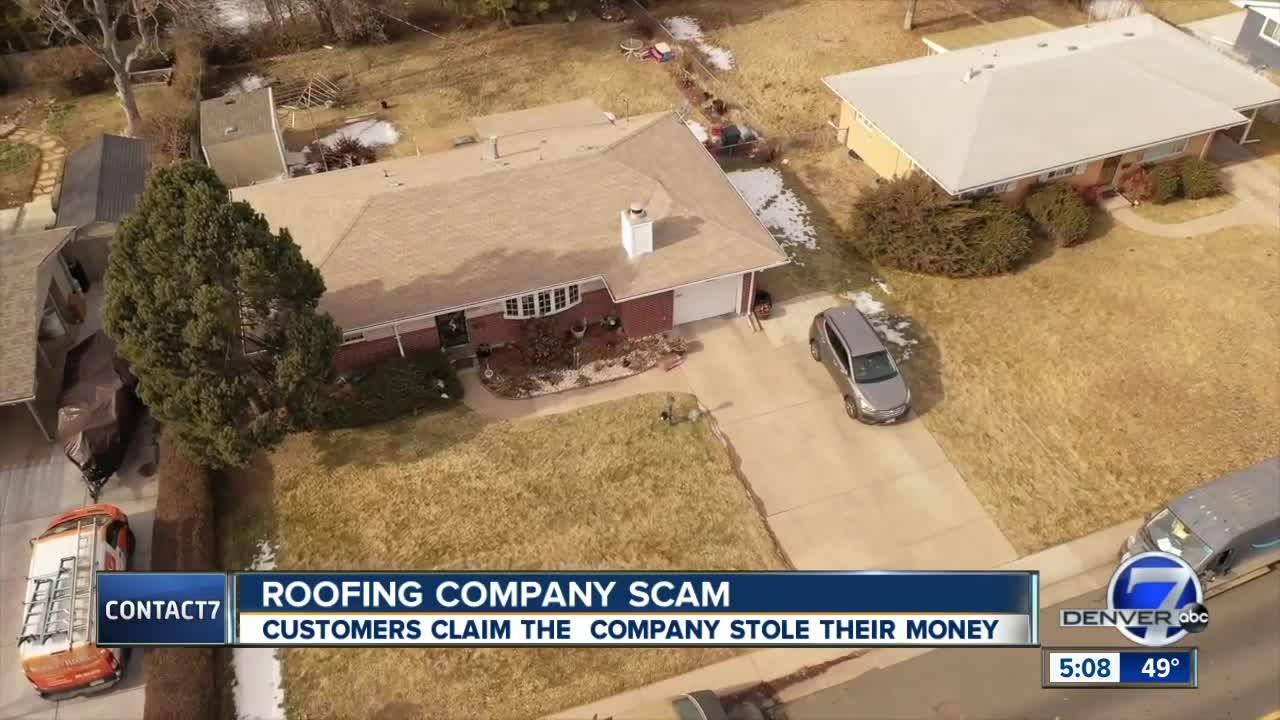 AURORA, Colo. — Contact7 is investigating a nationwide roofing company accused of ripping off customers all over the Denver metro.

Customers say the company is taking their money and taking off. When Contact7 investigator Jaclyn Allen started digging, she found a once-reputable company in hot water.

For the last four months, Robert James has been trying to get answers from Mastercraft Exteriors about a roof and gutter replacement that never happened.

"This folder is impressive, but nothing in here is true," said James, showing the glossy brochure given to him by the salesperson on September 19, 2019.

Mastercraft, a Minnesota-based company, had an office in Westminster and seemed legitimate with 20 years of experience and an "A+" BBB rating listed on its brochure. Plus, James said, his daughter knew the salesperson.

"We signed a contract documenting everything they were going to do," said James, who handed over a $7143 check from his insurance company for work to start October 21, 2019. "October 2 -- nothing. October 22 -- nothing. And then, I called, and they said we'll do it on the 26th, nothing. They quit returning my calls on November 1."

At about that same time, other Mastercraft customers starting posting scathing reviews online on the Better Business Bureau and Google. The BBB rating became a "D-" because of the company's failure to respond.

Meanwhile, the Aurora Police department has launched a fraud investigation into the company after more than ten cases were reported across the Denver metro area.

James said the manager of the Westminster office who took his insurance check, Landon Tenhagen, quit returning calls on November 1, but Contact7 was able to reach him by phone.

"I'm not interested in speaking about that," he said, claiming that he was no longer an employee.

He said the company went out of business in Wisconsin, and he had no information about customers getting refunds.

While the company's voicemail and website do not indicate it is out of business, the Westminster office was locked during business hours.

"They leave, and they think it's like a big joke, you know, an easy target," said James, who believes the company is targeting the elderly. "I've gone to the police; I've gone to the attorney general. No one will do anything."

Meanwhile, James has been focusing on his wife, just home from the hospital. On his fixed income and with medical bills, he doesn't know how he can save enough money to make up for the deposit, but he knows he doesn't want this to happen to anyone else.

"I shouldn't have paid upfront. I shouldn't have used this company," he said. "I try not to be bitter, but it really bothers me. You have problems just like everybody else, and they just add to your problems."