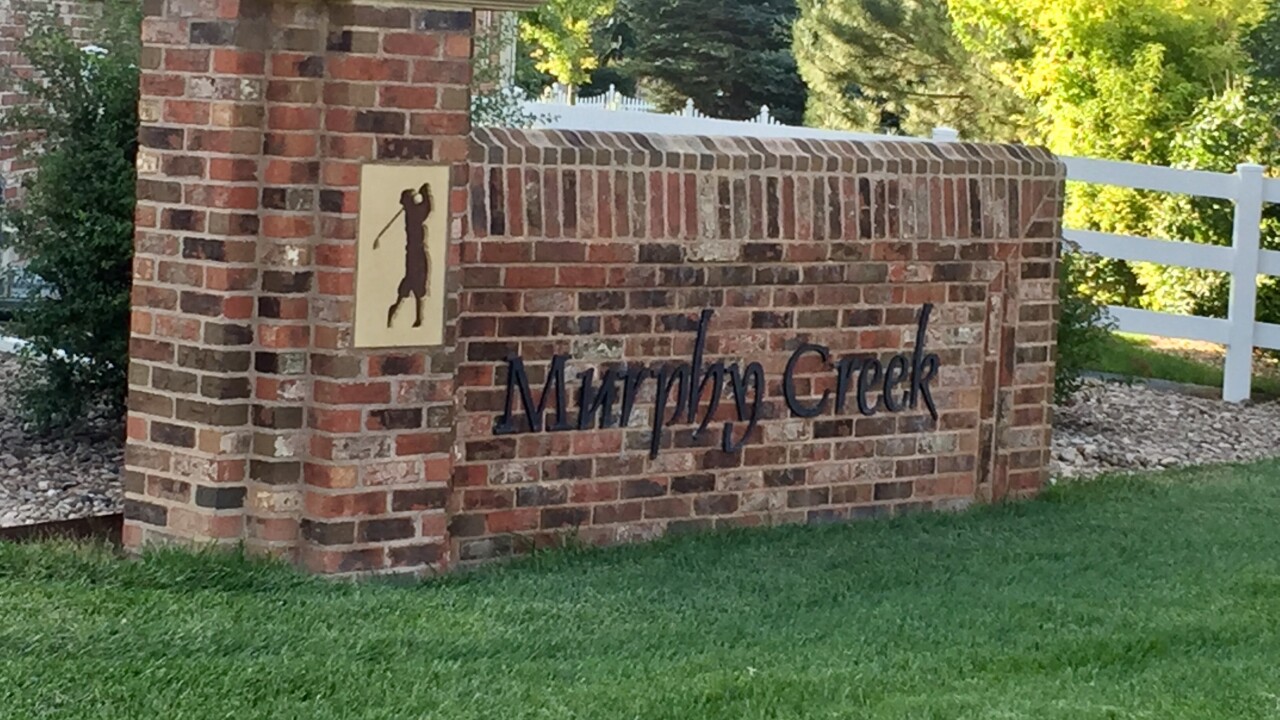 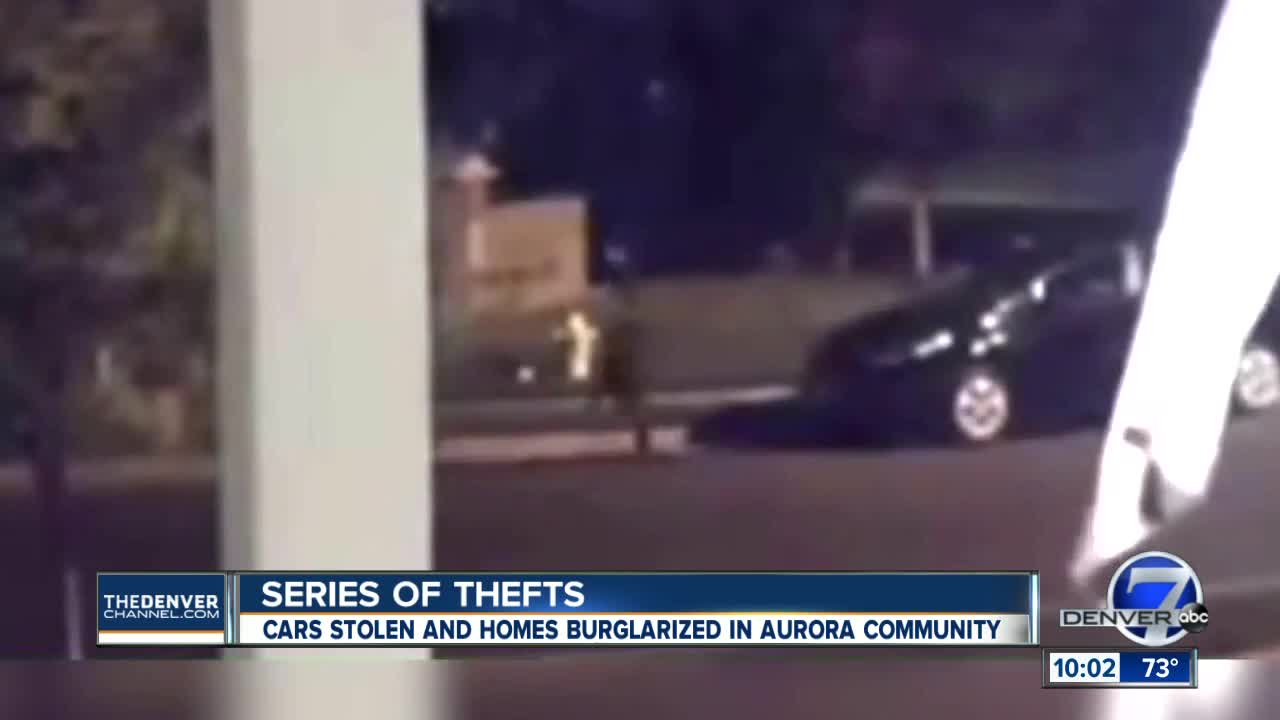 AURORA, Colo. -- Neighbors in Aurora are demanding action after a series of car thefts and home burglaries.

Aurora police said in the past few weeks, six cars have been stolen in the Murphy Creek neighborhood and in some of the cases, the criminals have returned to the scene and used the car’s garage door openers to burglarize the home.

The sign in front of Aurora’s Murphy Creek neighborhood says it all: Lock cars, take keys.

"It kind of keeps you up at night a little bit," said neighbor Whitney Lewis.

APD released home surveillance video showing a driver in a stolen car returning to a home, then driving away after accidentally opening the garage door.

"What makes you think you can do stuff like that?" said Lewis, who lives next door to the house in the video.

She called the crimes "a sign of the times."

"You think that you’ve gotten to somewhere where maybe you don’t have to be so cautious. And it’s just a reminder of how things are changing in Denver," she said.

This summer, there have been a half dozen car break-ins and two home burglaries in this neighborhood alone. Jose Diaz, another resident of the area, said Murphy Creek’s idyllic location, far from other developments, also makes them a target.

"You feel that you are in an isolated area — which we are away from the city — and still this thing happens. So, it’s a little worrisome," he said.

Neighbor John Dowd said the bold suspects have put the neighborhood on edge.

"You just don’t turn off the news and go to bed," he said. "I walk around, check out the neighborhood a little bit. Make sure certain lights are on that I never turned on before."

On Tuesday, Aurora police released pictures of a person of interest in the case. The person is a white male in his late teens or early 20s, riding a skateboard.

#SaferAurora Do you know him? He is a person of interest related to the car thefts in the Murphy Creek Neighborhood. If you know who he is please call Agt. A. Green at 303-739-6382. #CommunityCommitment pic.twitter.com/s24PCcqgUs

With no arrests made, angry neighbors like Dowd have a message for the person or person’s terrorizing their homes.

"I'd like to tell them, 'Knock it off!'" he said. "The neighborhood has become very aware of their activities. God help them if one of us catches them."

Aurora police are asking for the public's help in this case. Metro Denver Crime Stoppers — which can be reached at 720-913-7867 — is offering a $2,000 reward for information leading to an arrest.