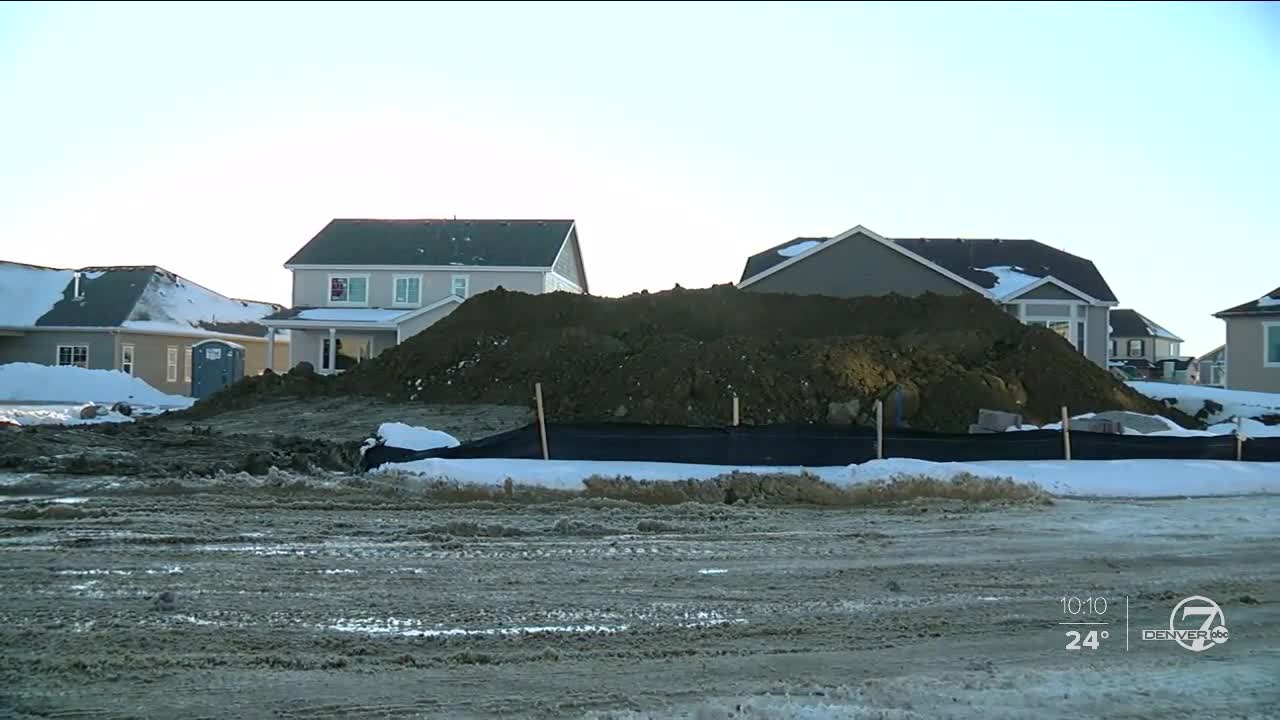 An Arapahoe County couple thought they would be celebrating the purchase of their new home, but instead, they're taking on the home-builder. And now they say, after being vocal about the issues, the home-builder is retaliating by blocking their property with truck-loads of fresh dirt. 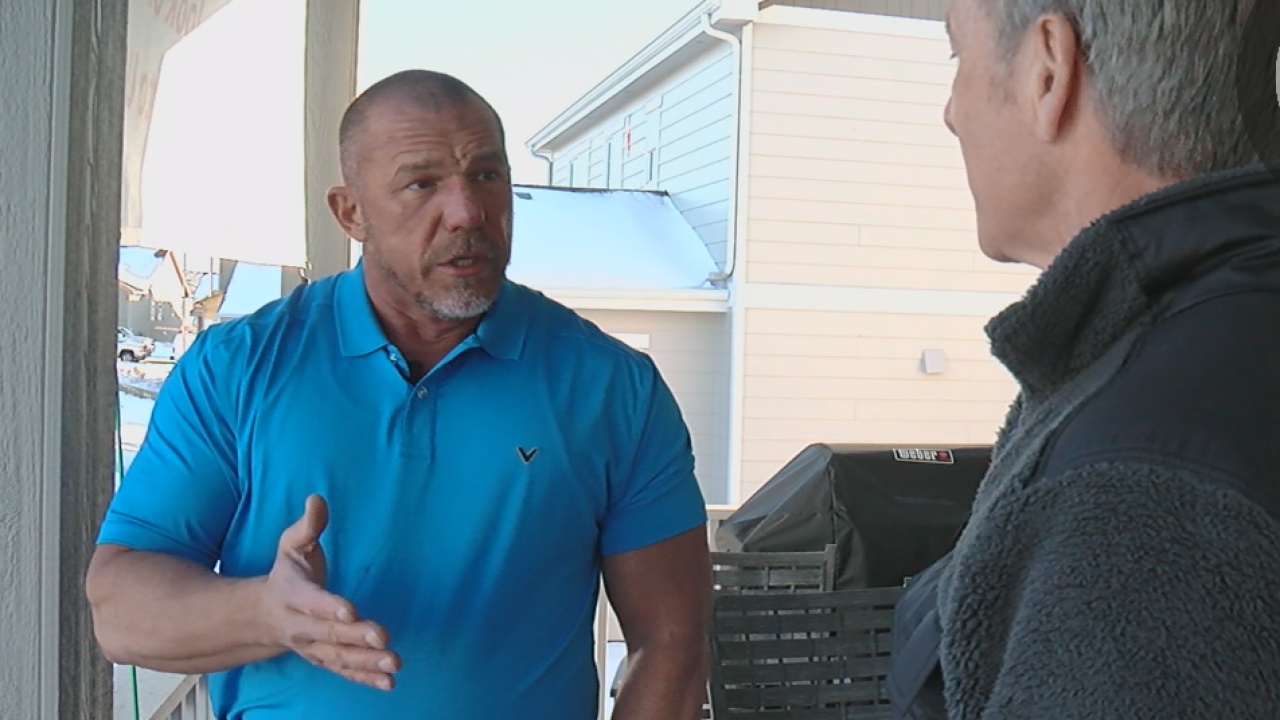 UPDATE | Wednesday 6:15 p.m. — Tom Mitchell told Denver7 that Todd Baker, the division president for Richmond American Homes, talked with the couple Wednesday and was very apologetic. He said he will have the dirt removed and everything resolved to the Mitchells's approval next Wednesday. Read that story here.

ARAPAHOE COUNTY, Colo. -- Buying a home can sometimes be a dirty business.

An Arapahoe County couple thought they would be celebrating the purchase of their new home, but instead, they're taking on the home-builder. And now, they say, after being vocal about the issues, the home-builder is retaliating by blocking their property with truck loads of fresh dirt.

Tanja and Tim Mitchell came to Colorado to start a new life, but said buying their dream home has been anything but.

"This is just silliness. They’re just doing this to make a point. They’re being spiteful," Tim said.

Since last week, trucks have dumped tons of dirt in the Mitchell’s back yard, driving a quarter-of-a-mile from another construction site several times a day, the Mitchell’s said. They said the builder is doing this out of spite.

Back in October, the couple moved to Colorado from Kentucky. They bought a new Richmond American home in Arapahoe County’s Copperleaf development.

Prior to buying the home, they had it inspected. They closed on the house. After moving in, he said they discovered a new crack in the patio.

They were told the crack would not be covered.

"We've been here less than four months, and somehow the owner is supposed to maintain the concrete for a crack in it," Tim said.

After corresponding with Richmond American for several days and getting no response, Tim said he put up a sign on his patio saying, "Before you look or buy here, come talk to us.”

Two days later, the dirt arrived to block the sign.

Tim moved the sign, and the dirt piles moved as well.

The truck drivers say they were told to drop the dirt on the property, and if there were any questions, to "call Richmond Homes," the couple said.

Meanwhile, the Mitchells said they just want their old view back, and for the builder to do the right thing.

"I'm not a rocket scientist, but that’s a lot of dirt. Probably several grand worth of dirt, and effort to put it in there," said Tim. "They could have put that money into just fixing the problem."

Contact7 has made several calls to Richmond American homes, but we have yet to hear from them.