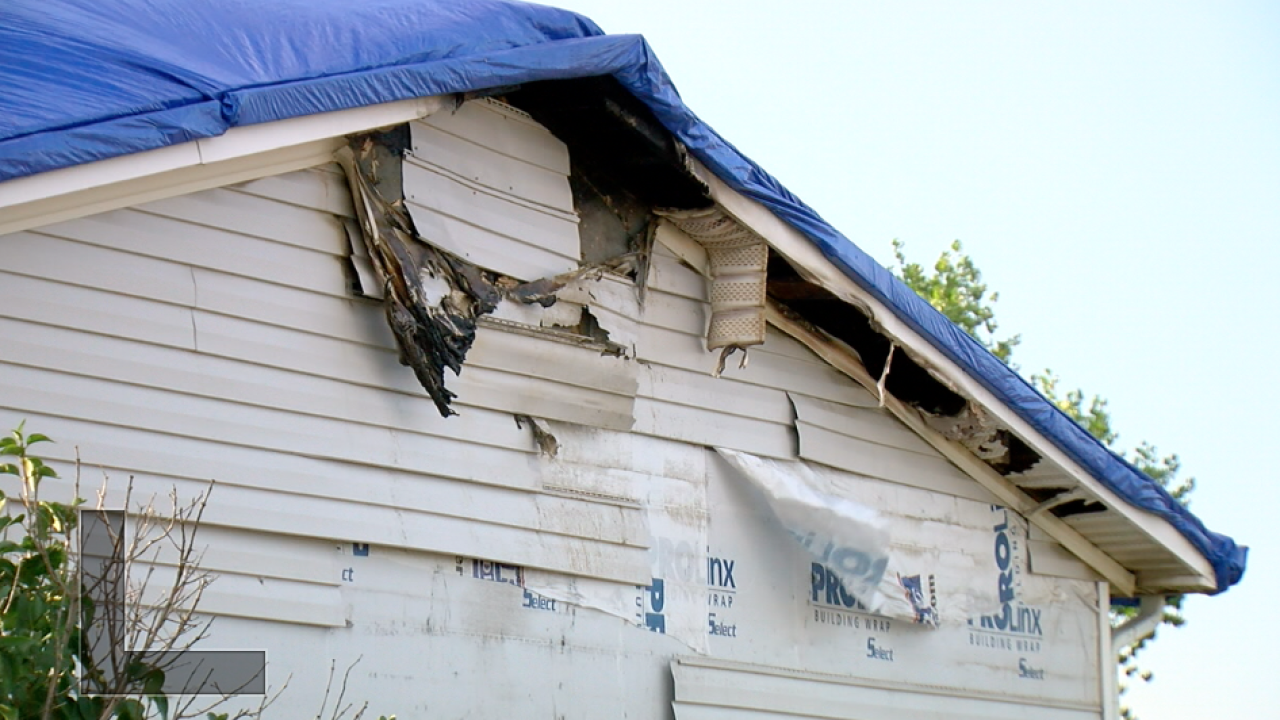 STRASBURG, Colo. -- An Aurora dispatcher is getting help from two communities and the first responders she works with after tragedy literally struck over the weekend. While she was at work, lightning hit her house, starting a fire.

Despite the stress, Paula Hull went back to work Wednesday night for the City of Aurora.

"It’s part of the normalcy, part of getting back to a routine to move on and not linger in this tragedy,' Hull said.

The last time she was at work was Sunday. That's when her Strasburg home caught on fire. Hull says her two sons were in the home. Her oldest had his phone in his hand as it was charging.

"I guess it was a big flash and a big bang and the lightning came to the house and zapped his phone and he dropped it," she said.

The boys didn’t realize it was lightning until about 15 minutes later when Hull's youngest son smelled smoke. They grabbed the pets and got out.

"I’m very proud of them, they did what they were supposed to do and they are the absolute heroes in this," the mother of two said.

Now, without a home, Hull is staying with her mother. Her sons are staying with their father. Hull tells us she grateful for the many people who have helped her and her boys in their time of need.

"The outpouring from the community, from my coworkers, from my former coworkers, my friends, my family — everyone — is pulled together and they’ve been behind me and holding me up," she said.

One of Hull's former coworkers set up a GoFundMe to help her family through this. The Aurora Police Department will also be taking donations.

Hull says a final determination will be made soon on her house but that she’s been told it’s probably a total loss.