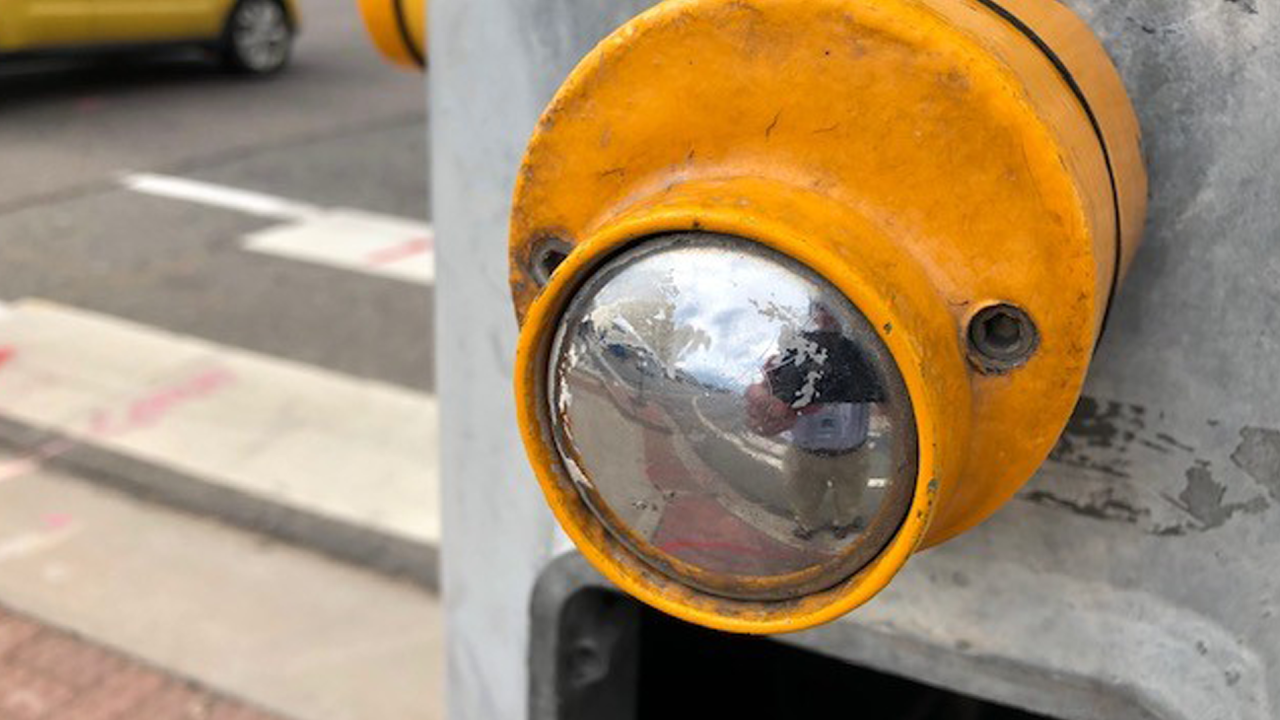 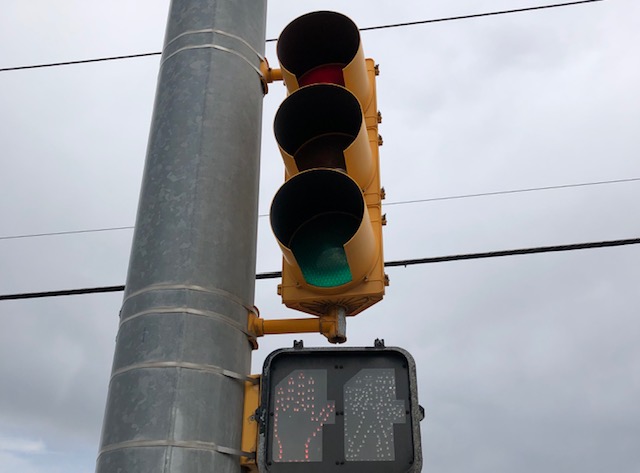 "I've pushed it many times," she said.

Ohlin, who uses a wheelchair, reached out to Contact 7 after getting frustrated by the slow response to her request to fix the signal.

The button on the southeast corner of the intersection won't activate the walk signal to cross Wadsworth, so Ohlin waits for the green traffic light, and then proceeds through the crosswalk, even though the pedestrian light says, "don't walk."

"I just cross my fingers and hope that people see me," she said.

Ohlin said she suffers from psoriatic arthritis and neuropathy. That's why she uses a wheelchair.

She crosses the intersection once a week, to get to Red Rocks Church.

"That's my social get together," she said, an important part of her life.

When asked why she doesn't use the crosswalk on the north side of the intersection, she said the curb extends out too far, and she can reach the signal button from the wheelchair ramp.

"I used to carry an umbrella to try to poke the walk signal," she said, motioning with her hand, "but my hands don't hold the umbrella anymore."

"She's got all this traffic to deal with," Shirley said, pointing to Wadsworth Boulevard, "and then hundreds of additional cars going to and from the church."

"Many people ask me, don't you worry about her," she added, "and I say yes, but she wants to go to church."

Mrs. Ohlin said it's much easier for her daughter to use a wheelchair than to get in and out of a van.

Cindy Ohlin told Denver 7 that when the light began to malfunction, she called the city of Arvada.

Arvada officials told Denver7 that the traffic signals at that intersection are CDOT's responsibility because Wadsworth is a state highway.

Mrs. Ohlin can't believe it's taking so long to fix the malfunctioning signal.

"I think it's too long, especially without telling her we've got a delay," she said. "If they had just done that, it would be nice."

Denver7 reached out to CDOT.

A CDOT spokesman said he's still trying to determine who is responsible for the intersection.

He said if CDOT is, they will investigate the situation.

Contact7 will update this story when we hear more from CDOT.