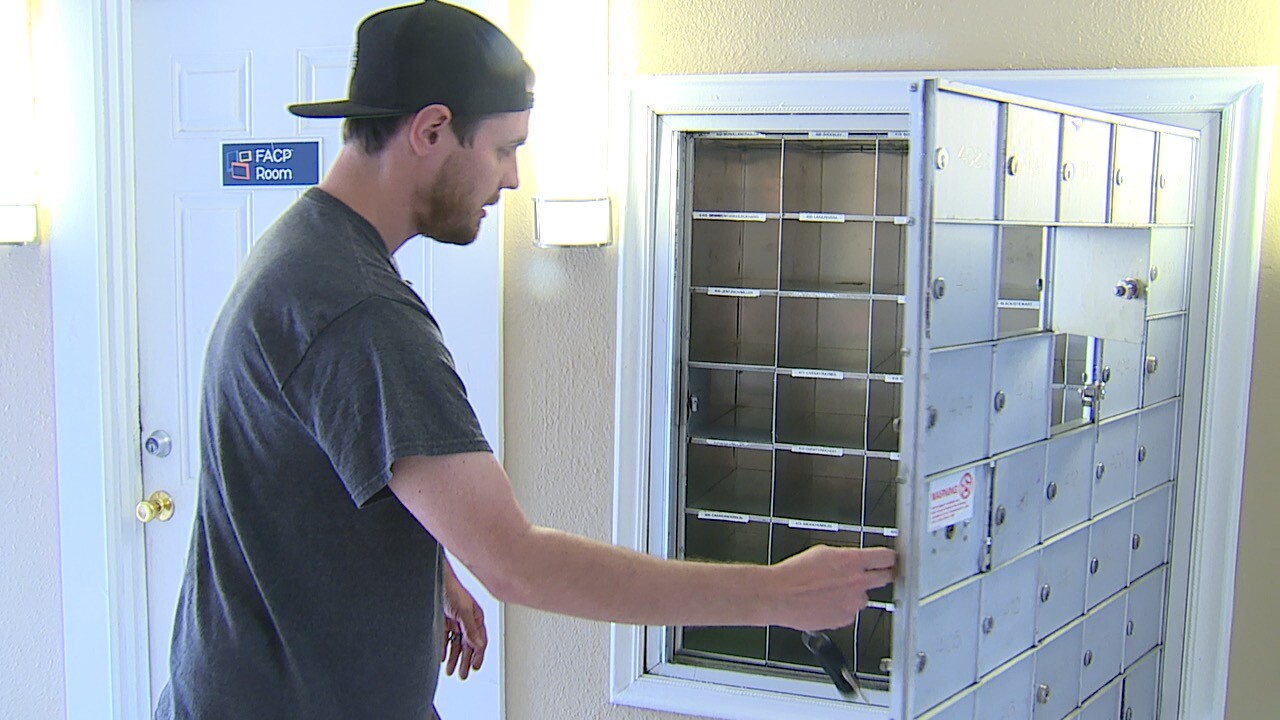 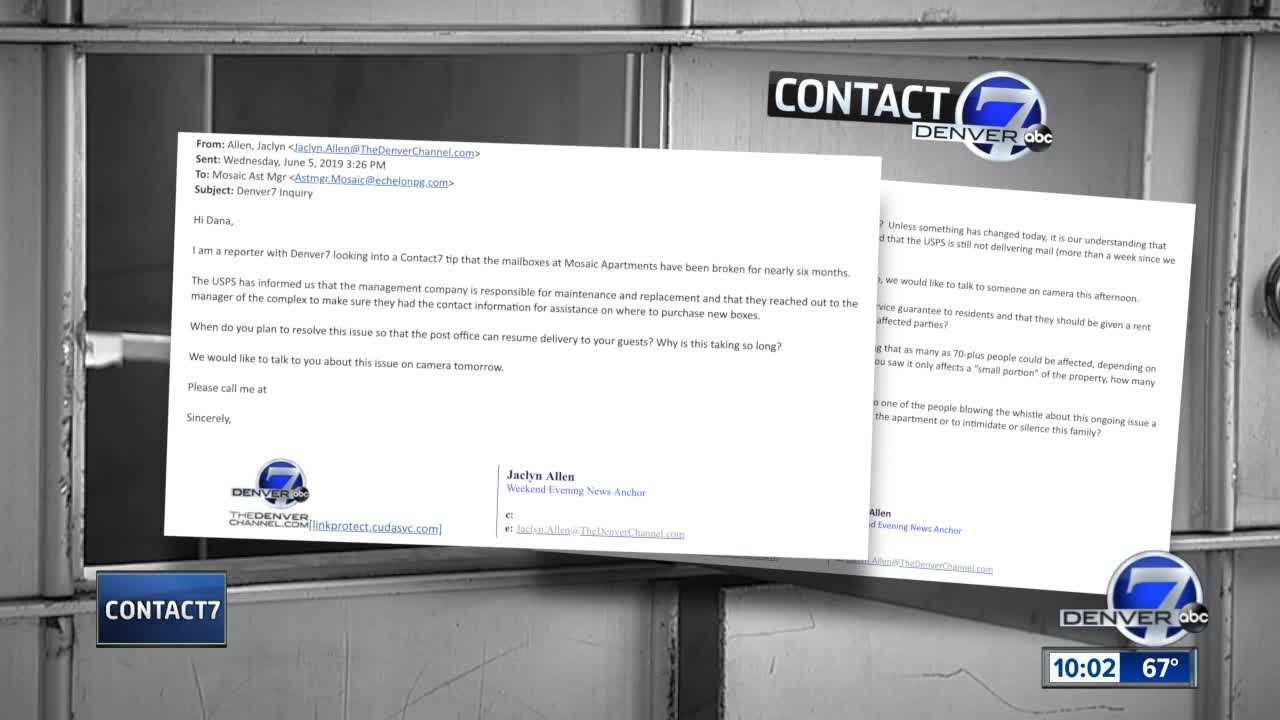 DENVER -- Dozens of people in a Denver apartment complex have not been getting their mail for almost six months. Their mailbox is broken, and no one was doing anything about it until they reached out to Contact7.

At the Mosaic Apartments in southeast Denver, located at 7100 E Evans Ave., Mitch Raynes demonstrated how you can shake the door of the mailbox and it opens to expose every box.

"They broke the mailbox, so that when one person goes to open theirs, the entire set of mailboxes opens up with it," said Raynes.

"I get stuff from the VA for upcoming appointments," he said. "This is literally my livelihood that comes into me every day."

Eventually, because the boxes weren't secure, the Postal Service starting holding mail at a nearby post office and stopped delivery completely.

So Contact7 started asking questions, and a USPS spokesman stated in an email that "the management company is responsible for maintenance and replacement."

The apartment management agreed last week, sending an email staying they "have made significant repairs to the mailroom area."

But when we went to confirm the repairs, the mailbox door was still broken.

Apartment mangers would not talk on camera, but sent another email stating, "New mailboxes have been ordered."

The complex also sent a letter to Raynes offering him, "The opportunity to vacate his apartment prior to his scheduled move out date of June 26" and asking when they can expect to get his keys.

Raynes said this is another intimidation tactic. He and his wife paid to June 26 and plan to stay until then, but then they are moving out.

"This was actually the breaking point. My wife and I decided we're not going to renew our lease here and we're going to be moving at the end of the month to somewhere where I can get access to my important documents," he said.

A USPS spokesman said apartment management also told them they should have the boxes installed Monday. If that is true, he wrote, delivery will resume shortly afterwards.