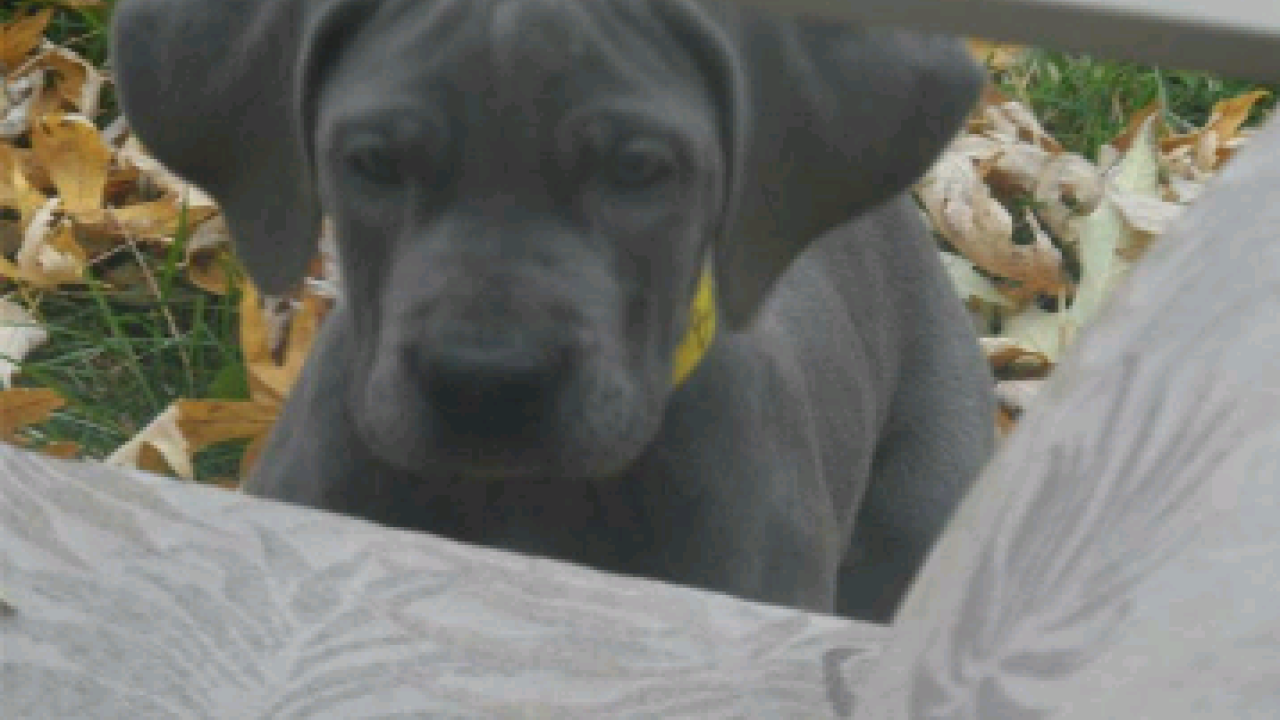 An Arvada couple says they fell victim to a puppy selling scam and are warning others to look out for the warning signs. 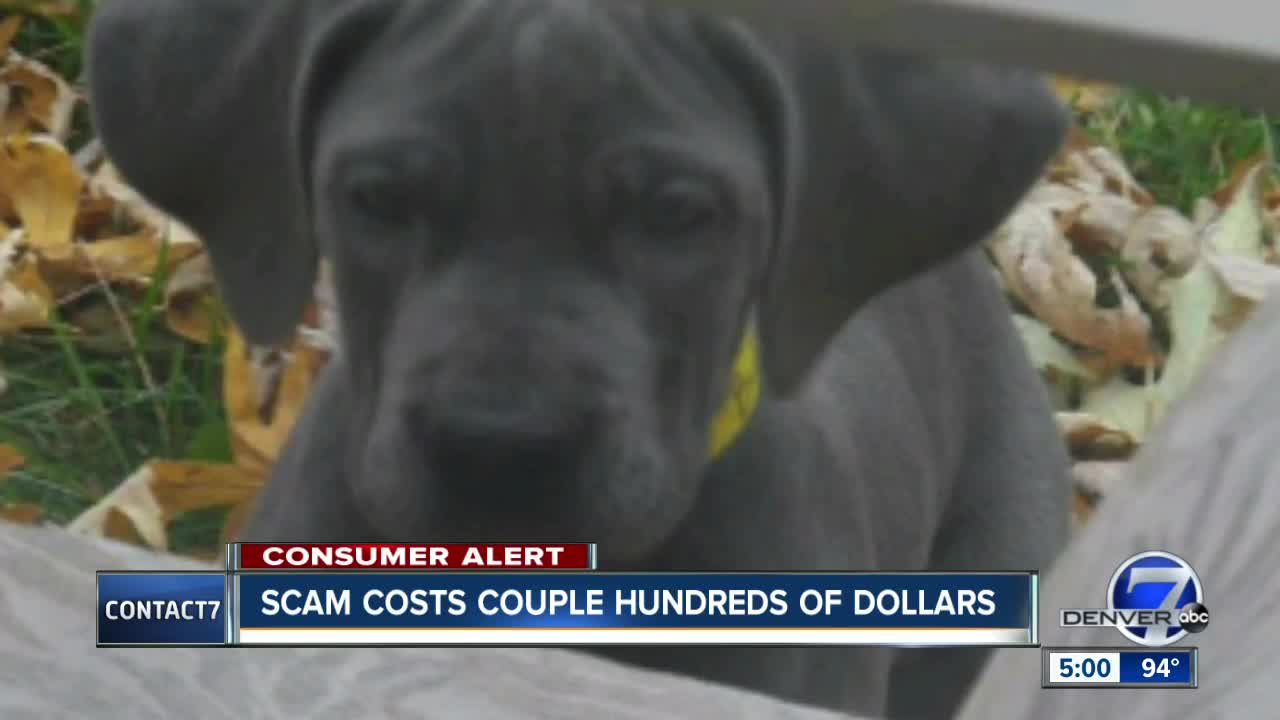 ARVADA, Colo. — An Arvada couple says they were scammed into wire transferring $700 to a fraudster in a pet adoption scam.

Jeff Brunette and his wife decided they wanted to adopt a Great Dane puppy as the newest addition to their family. The couple wanted a puppy so that they could train it to get along with their two cats. They searched local shelters and breeders but couldn’t find the one they were looking for, so the couple turned to the internet.

The couple came across a website called Hoobly.us, which is a website for people to buy and sell animals. The couple found an advertisement from someone who claimed to live in Englewood saying they had Great Dane puppies available.

The couple reached out and was told that the puppies were no longer available, but the breeder said they knew someone in Texas who had puppies available.

The couple reached out to that breeder and was sent a picture of a puppy.

“They seem very cordial and very realistic like a person,” Brunette said. “She gave us two references within the email as well.”

The couple reached out to the references and received nice reviews, so they decided to move forward and buy the puppy.

The breeder, who said her same was Natalia Jones, sent the couple a two-page contract that covered everything from shipping the puppy to registering the dog with the American Kennel Club to stipulations about returning or selling the dog to another person. The couple signed the contract and sent it back.

They also sent $700 through a Western Union wire transfer to pay for the dog.

“The day came that the dog was going to arrive and probably the first sign we knew something was a little iffy is that she had to cancel and change the day that the flight was going to happen,” Brunette said.

The couple was told the puppy needed to go to one last veterinarian appointment. The breeder then told the couple the dog would arrive on a Delta flight on Saturday, even giving them the flight number and information.

“We gave the airline assistance the flight number and they just basically told us that that flight number doesn’t exist. Right when that happened that’s when it first sunk in, but this was more than likely going to be a scam,” Brunette said.

The couple tried emailing and calling Jones and only received a brief email from someone claiming to be her granddaughter saying she was sick. They haven’t heard from anyone since then.

They also tried calling the original breeder they had gotten into contact with but couldn’t get through.

“Looking back on the situation I believe all of those emails were all just one person,” Brunette said.

The couple reported the ad to the website, however as of Tuesday, it has not been removed.

“I’m sure they are making a lot of money off of people this way. I mean we fell for it pretty easily,” he said.

Denver7 called the numbers for both breeders, emailed and left messages but did not hear back from anyone.

Denver7 also reached out to the website Hoobly.us to talk about its policies for these types of ads and whether it looked into this ad in particular after it was reported but didn’t receive a comment.

To protect others from being scammed by the same people, the Brunette’s filed a report with the Federal Trade Commission and the Better Business Bureau. They also submitted the breeders’ names to a couple of pet scam awareness websites.

“We feel pretty foolish and embarrassed for yourself at that moment, but we definitely saw the warning signs. They were there,” he said.

If you are looking to buy a puppy online, here are some tips from the BBB to prevent yourself from falling victim to a scam.

For now, the Brunette’s are using this as a learning experience and say they have found another puppy from a local breeder they are planning to go and visit in person this week.

“We felt pretty foolish. How could it happen to us? But, I think an elaborate scam like this I could have a do just about anyone,” Brunette said.