DENVER -- If you use Uber or Lyft you know drivers can usually find you without a problem.

But it’s not always the same story if you call or text 911 for help.

With the cooperation of the Denver 911 center, Contact7 Investigates conducted a series of tests to see where software dispatchers use showed caller’s locations and found the results are literally all over the map.

We started in Wash Park at a picnic table closest to the intersection of East Tennessee Avenue and South Franklin Street.

We never moved, but the 911 center’s location plotting software placed us in several different locations. 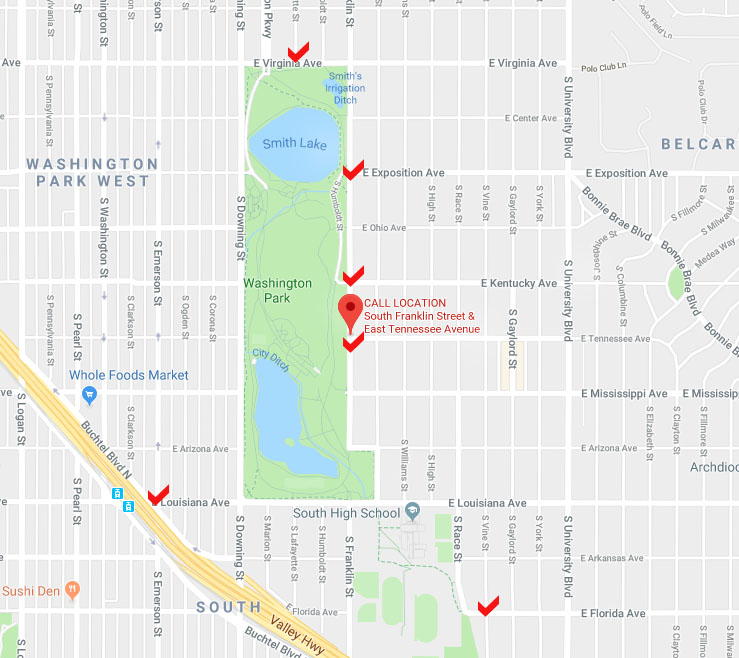 Some of the locations were several blocks from where we were actually standing.

Then we moved to another location within an apartment complex off East Mississippi Avenue and South Alton Street.

Again, the 911 center’s location mapping programs placed our team all over the map, even as they stood in the same place.

Several of our calls were actually received by the Aurora 911 center initially and had to be transferred to Denver, even though the complex’s address is in Denver.

911 operators ask for locations from callers to make sure they have the right location. But in some cases, callers cannot talk or do not know where they are.

Often dispatchers were able to pinpoint a closer location the longer the call continued. But the uncertainty raises concerns in situations where a person is in danger and unable to tell the dispatcher where they are located.

“Seconds save lives,” said Denver 911 director Athena Butler. “Anytime we can save time to get first responders, that can save lives.”

So why does it happen? The simple explanation: outdated technology. Phone companies provide location services to 911 operators and they don’t have the same technology Uber or other companies use.

"If you open up your map [on your phone] you can see exactly where you are sitting, so you're thinking we're using that exact same technology. [But] we aren't there yet. Governments aren't there yet," said Butler. “Technology is working off a legacy system that does not give us everything private corporations use to drive their business.”

Butler said her 911 center and others across the country are hoping for improved technology in the years ahead.

Until then, what can you do to protect yourself? One suggestion is to sign up for the free Smart 911 program. That will at least tie your phone number and with your name, home address, work address, and even your child’s school address in the 911 system. If you’re calling for help from one of those locations but dispatchers are give a nearby address, signing up could help emergency responders find you sooner.